In the News: Vaccine hesitancy..

NASHVILLE, Tenn. — MTSU again was a major player in the recent Tennessee Intercollegiate State Legislature, which annually provides interested college students from across the state with a hands-on taste of the ins and outs of crafting public policy.

While MTSU’s eight-member delegation joined the other schools in the same senate and house chambers on Capitol Hill in Nashville, Tennessee, where the Tennessee General Assembly meets, this mock session of college students conducted four days of business — some serious in nature and others as fun as declaring banana pudding to be the official state dessert. 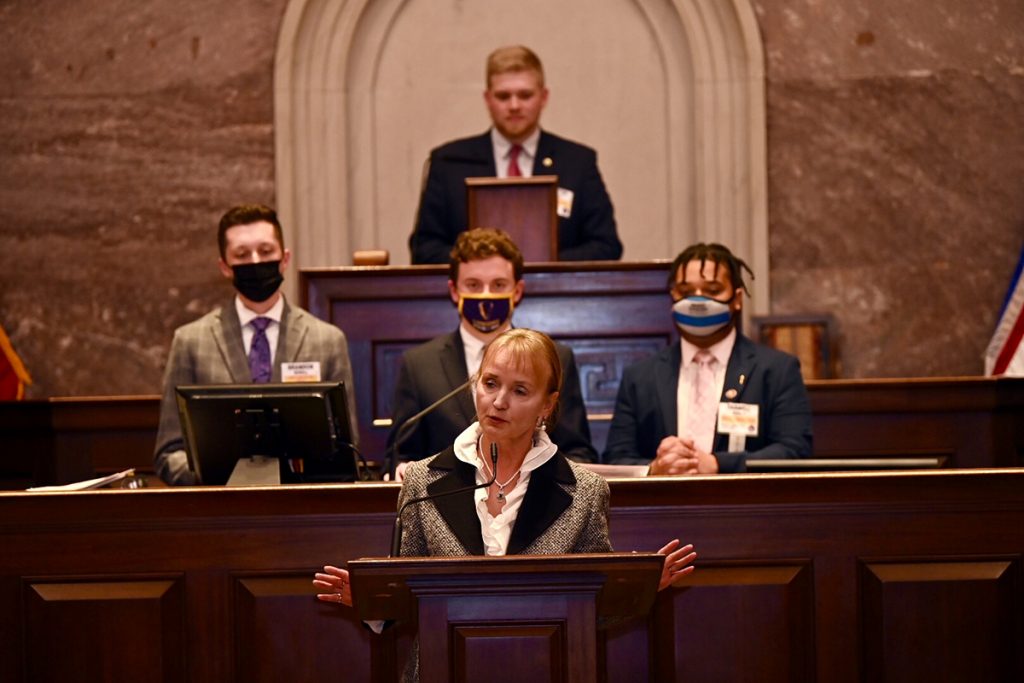 Beth Harwell, former speaker of the house in the Tennessee General Assembly, addresses students attending the Tennessee Intercollegiate State Legislature recently at the State Capitol in Nashville, Tenn. MTSU had a delegation of students at the four-day session. Harwell served as a mentor to the MTSU students. In 2019, Harwell became MTSU Distinguished Visiting Professor. (MTSU photo by James Cessna)

The Tennessee Intercollegiate State Legislature, or TISL, is an annual legislative session held by Tennessee college students, educating students about Tennessee state government and an outlet to express their opinions about state issues. Many students, following graduation, often pursue careers related to government and related organizations. 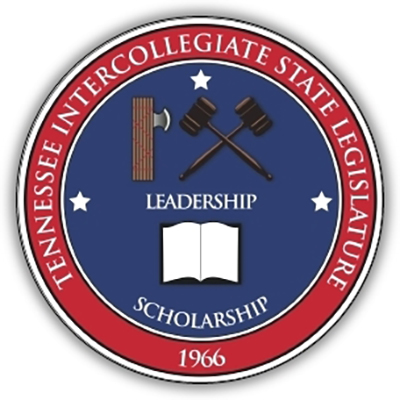 “It was a formative experience to sit exactly where actual Tennessee politicians pass or fail legislation,” said Zach Smith, an MTSU theatre and secondary education double major, who handled social media — mainly Instagram and Twitter — for the entire legislative body (hundreds of students from nearly 30 colleges and universities).

“Almost everyone you meet from other schools is passionate and excited to network among schools,” added Smith. “Other students are either trying to receive support for legislation or elections and will eagerly discuss their agenda.”

MTSU’s Preston George was elected TISL 2021-22 governor after being Speaker of the Senate for 2020-21. He will host weekly meetings with his executive council, plan the 53rd General Assembly and preside over next year’s legislative session. 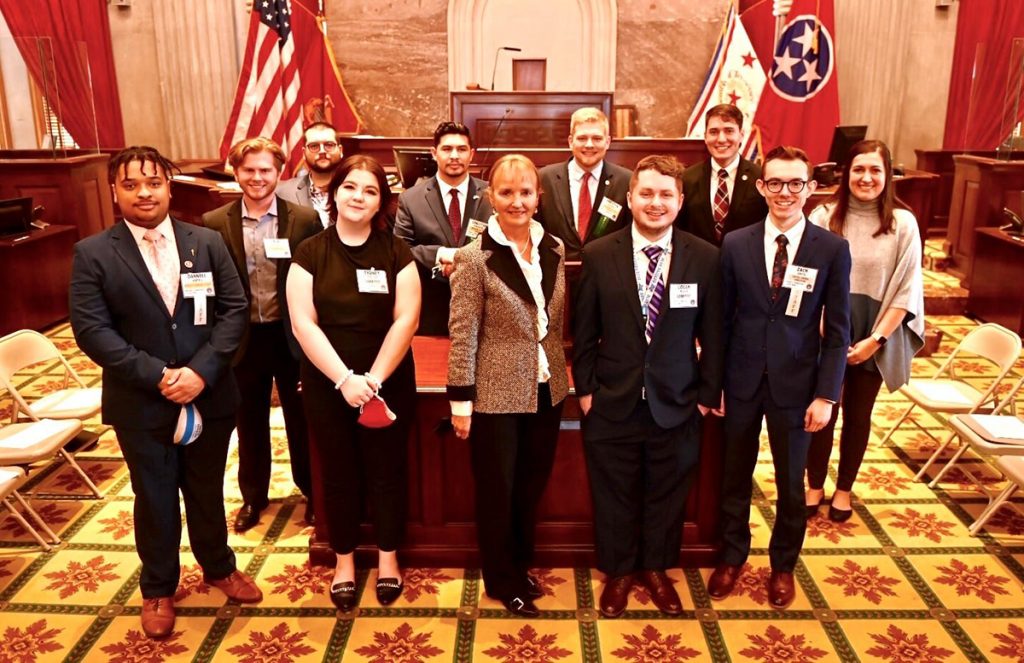 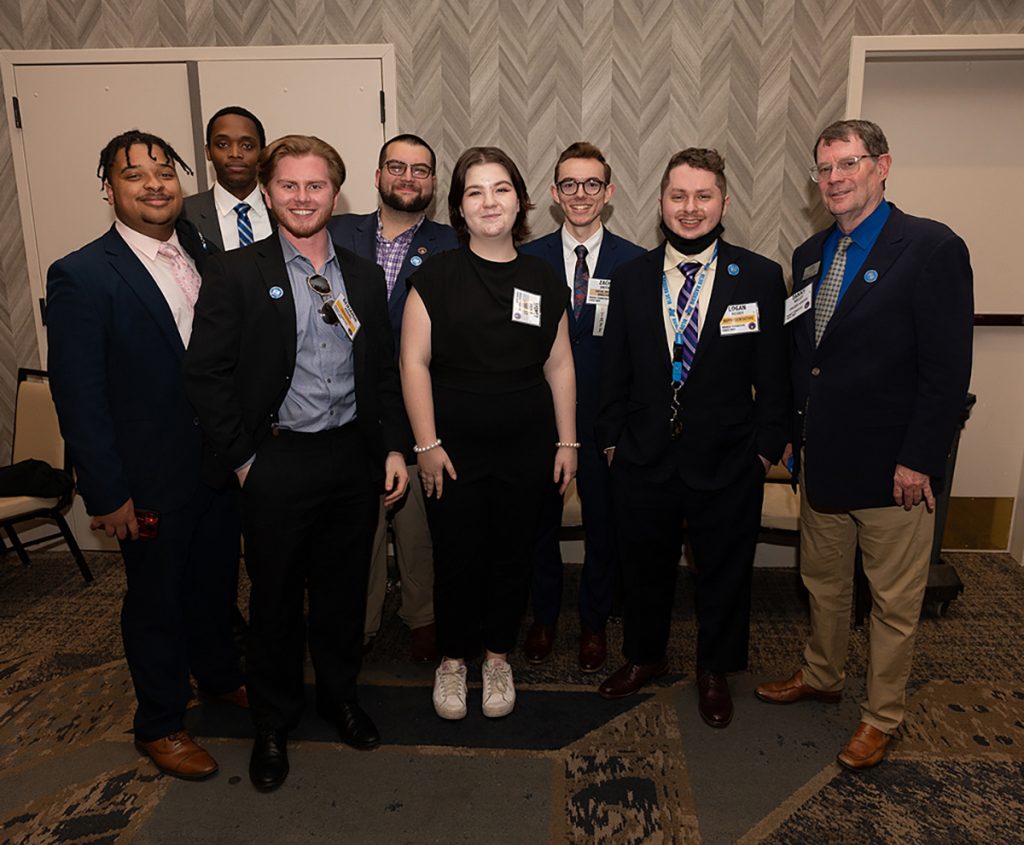 Harwell met with the MTSU students before they headed to Nashville, “providing us with valuable feedback on the legislation we were contemplating presenting,” Smith said. “To have someone of her state government experience mentor our students is definitely uncommon and our students were privileged to have her working with them hands-on in providing this kind of leadership development.”

Smith is hopeful more MTSU students will develop an interest in state government and want to attend in 2022, giving the university a better opportunity to earn awards.

MTSU once again sponsored the Tri-Star Social, the most high-profile event the student General Assembly offers other than the legislative sessions, Smith said.

“It demonstrates the value MTSU places on developmental opportunities TISL affords our students,” Smith added. “This event allows delegates to network with peers and recollect after the first day of the General Assembly. MTSU’s presence always helps get students engaged and excited for the remainder of the weekend.” 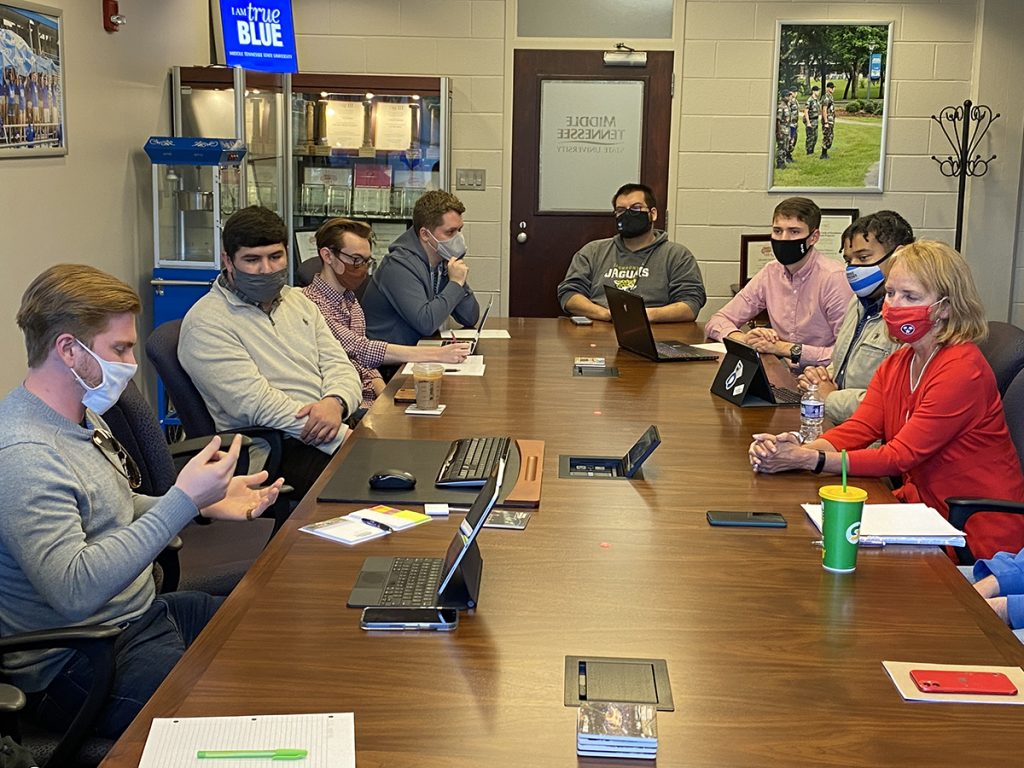