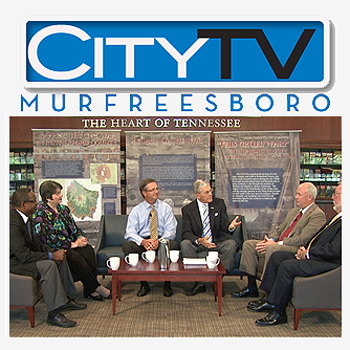 The October program featuring the theme “Our Future” will be a special hourlong edition. The first airing will be at 7:30 p.m. on Monday, Oct. 1.

CityTV is the city of Murfreesboro’s government cable TV station. Michael Nevills of CityTV is the program’s producer, and John Hood, director of government and community affairs at MTSU, serves as moderator for the series.

To watch the the program on the Web, click here or go to www.murfreesborotn.gov and click “See” in column on the left, then click on “Live and Archived Videos.”