In the News: MTSU faculty chime in on eating, exer...

‘MTSU On the Record’ horses ar..

In the News: MTSU faculty chime in on eating, exercise, politics 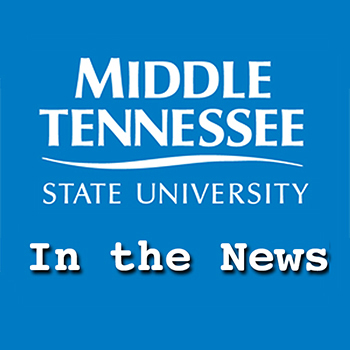 MTSU faculty experts continue to distinguish themselves in national media with cogent comments on holiday eating, exercise psychology and a beloved movie character.

Morris, who has visited Cuba with MTSU students several times, also provided www.factcheck.org, a project of the Annenberg Public Policy Center, with his comments on the reason American Alan Gross was in Cuba. Gross, who had been jailed in Cuba since 2009 after being accused of working for American intelligence services, was freed in December 2014 on humanitarian grounds.