Summer Classes: Why You Should..

How to Make On-Campus Parking .. 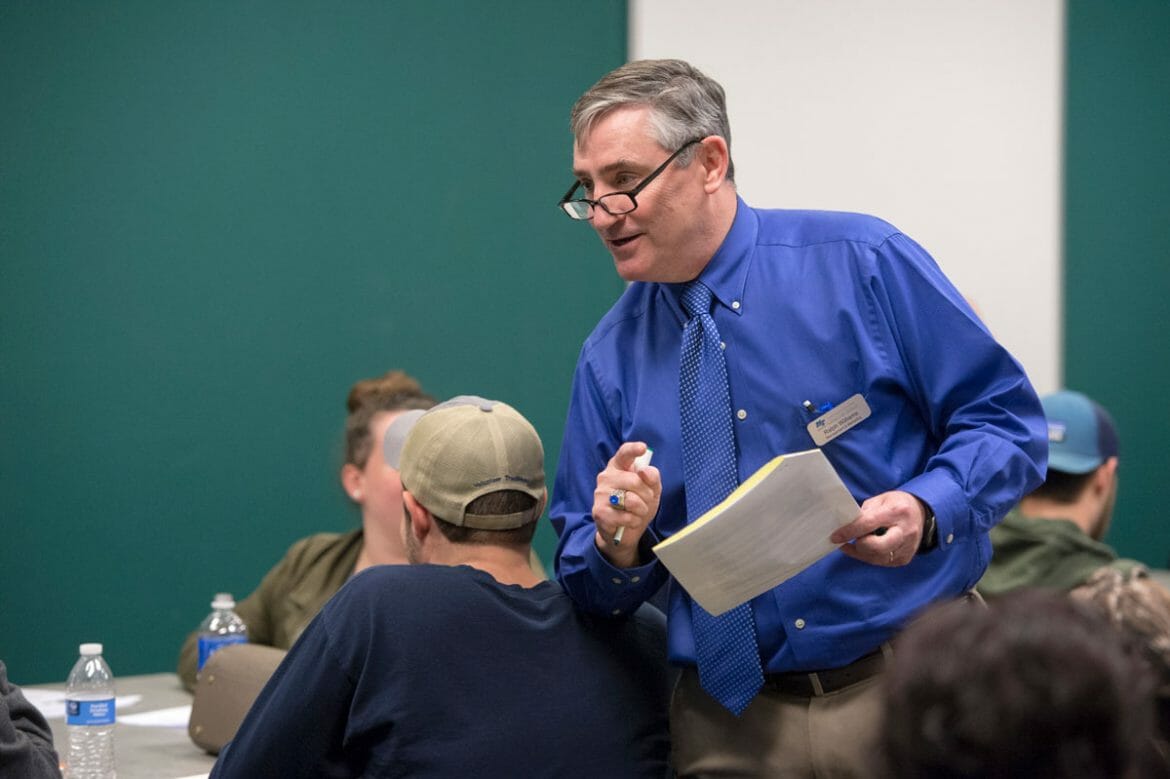 Today, the Student Voice is talking with Dr. Ralph Williams of the Management department. We’re chatting about business plans, high school sweethearts, and the importance of mission statements!

Thanks for talking with the Student Voice today! Tell us a little bit about your background.

Well, I’m originally from Nashville; I went to high school at McGavock and later obtained my bachelor’s degree and MBA from MTSU. I’d like to add parenthetically that I graduated McGavock with my bride of forty-two years! Lesa and I were high school sweethearts, and now we’ve got our eighth grandchild on the way!

That’s precious! How did you meet her?

She was in the class next to me. Well, there’s another aspect to it too: I was originally dating her cousin, so I met her through that too! (Laughs). I’m the most blessed man in the state of Tennessee, and Lesa’s my greatest blessing. I’ve had three businesses, three degrees, and three children, and she’s been an integral part of all of it.

I graduated from MTSU with a degree in industrial technology with an emphasis in printing management. When I got done, I came out and taught high school for a year and thought that was my career direction, but it wasn’t. Then I thought I’d like to coach high-school wrestling, but that wasn’t my direction either. I actually ended up working in printing companies. I was president of three different printing companies, with major ownership stakes in two companies, that lasted over 25 years. I actually just entered academia about ten years ago.

What motivated you to switch over to the academic world?

I already had an interest in teaching. I had taught as an adjunct for Dr. Austin in the management department at MTSU and loved it, and then an opening came up for a lecturer position, so I did that for a few years while I was consulting on the side. Then I had the opportunity to go to Kennesaw State and get my doctorate, so now I’m an assistant professor!

If you could recommend one of your classes to all MTSU students, which one would it be?

Our capstone strategy course, Strategic Thinking, is a really good class. It shows you how businesses and organizations think, and how they come up with strategies. Even before I studied it from an academic standpoint, I knew that in each of my businesses, we had to have an overall strategy or a mission. For example, we decided to market to manufacturers in the southern part of Tennessee who weren’t being connected to Nashville printers. We knew that we had to give them a perfect tangible product, the printed product, but what was really important was satisfying their intangible needs: phone calls returned on time, deliveries being on time, the paperwork being perfect, things like that. So it was about targeting the market, but also identifying needs. That kind of strategic thinking was vital for us, and it’s vital to all kinds of organizations. You need missions for nonprofits, churches, even families.

What’s the relationship between strategic thinking and having a mission?

Well, one interesting example of that relationship is from a book called The Simple Church. It’s about how the Southern Baptists were examining very popular churches; they found one church in a town of about five thousand people, and this church had three thousand people in attendance every Sunday. They had people driving sixty miles to come to that specific church! The Southern Baptists wondered what was so special about churches like that, that were attracting such crowds when other churches barely had half their pews filled. They found out that the most popular churches had very simple mission statements, and they stuck to those mission statements, as opposed to trying to be everything for everybody. It’s the same thing in a business, a partnership, or a family. You’ve got to have that mission of “this is who we are and this is what we do”.

If you could summarize your own family’s mission in a statement, what would it be?

To embrace the values of the Gospel, to be ethical, to be tough, and to love each other. And we have a good time together too; we like to get rowdy!

You often judge for the annual MTSU Business Plan competition. What are some of the coolest business plans you’ve seen?

There was one this past year where a student came up with the idea of using drones in a commercial way, to help measure and evaluate real estate and do appraisals. Then there was a young man who wanted to put together cars where there’d be a bar in the middle of the car. That was an interesting one! We see a bunch of great plans every year.

In your own business experience, what was a crucial decision you had to make?

Oh gosh, we were always making decisions about equipment, hiring, parting ways with folks, pricing issues, customer issues, things like that. There’s just a plethora of things that you have to address. In my 25 years as president of printing companies, we only had to do two rounds of layoffs. One was during the last recession, and the previous one was a little more strategic; we had grown a little faster than we should’ve, and we needed to downsize a little bit, but we wanted to be ethical and fair in making those decisions. We wanted to make sure that we kept the objectively best people. Unfortunately, we ended up having to lay off a friend of mine whom I’d gone to church with for a number of years, and who I’d actually asked to come work with us. But in order to be fair to the group and make an unbiased decision, we had to let her go. We said very candidly the day after the layoffs that we kept the best of the group. We lost some good people, but we kept the best for the good of the company. That was a hard decision to have to make.

What’s something you love about teaching at MTSU?

Being in academia is a big change from running a standard business; our usual hours were 7 in the morning to 7 at night. This is different. It’s more intellectually challenging, but it’s so much more flexible. It’s a great life! And I love engaging with students; it’s just wonderful. I get asked sometimes about the millennial stereotype, which I hate, and whether it’s true. I say no! I see a great contradiction to that stereotype in the students here; MTSU is different. My students really listen to me, they’re very respectful, and a lot of them are working full time and going to school full time. I’ve had multiple students who were working a full night shift, coming to school during the day, getting a few hours of sleep and going back to work. I hate the modern stereotype of millennials because the kids at MTSU completely break it. They’re hardworking and responsible, and they’re just great to be around.