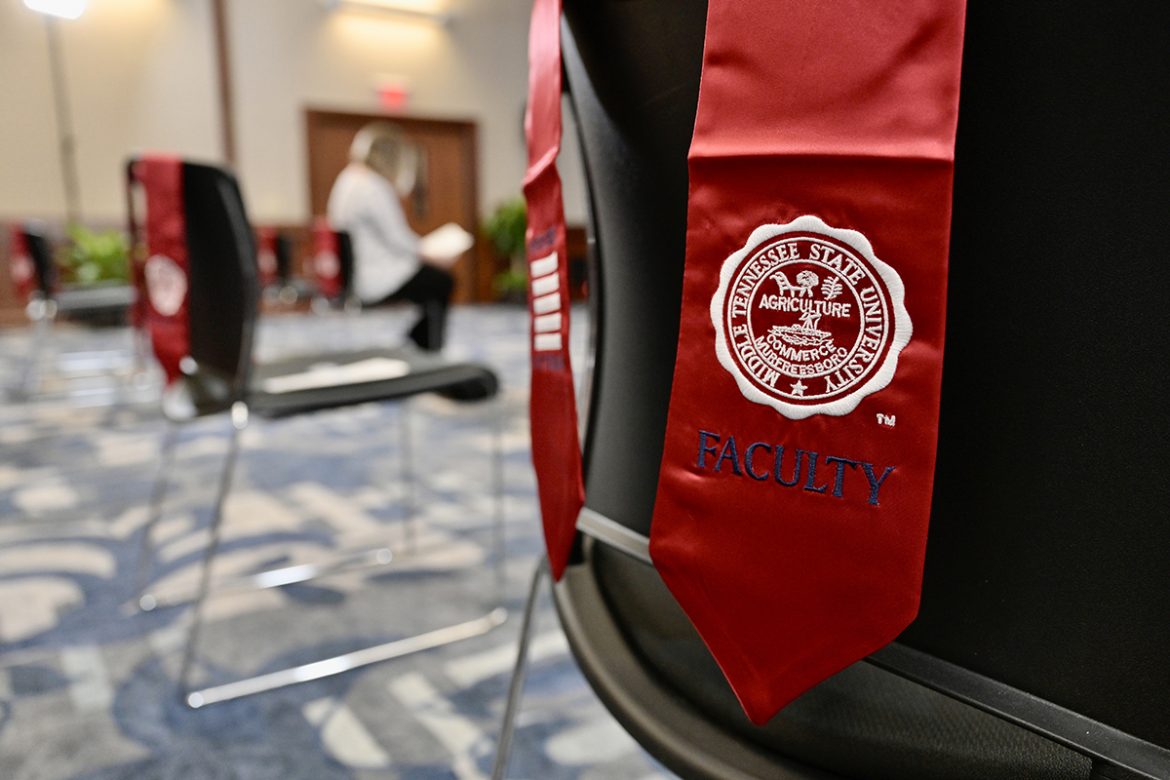 Now an assistant professor in the MTSU Aerospace Department, Neff shared briefly about his military career to those attending the Faculty-Staff Stole Ceremony hosted by the Charlie and Hazel Daniels Veterans and Military Family Center Wednesday, Nov. 10, in the Ingram Building’s MT Center, one day before Veterans Day. 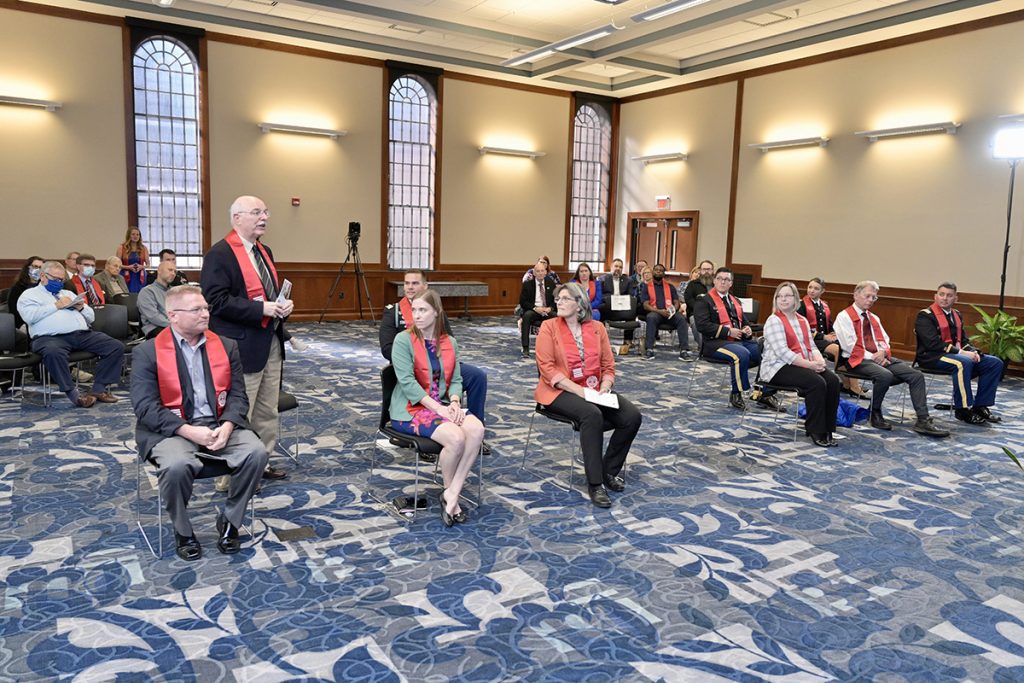 The event celebrates faculty and staff who served or are currently serving in armed forces. The 10 honorees received a red stole they can wear at future MTSU commencements or stole ceremonies.

“I came back from Vietnam in October of 1970 — so that was 51 years ago — and this is really the first time when people are even slightly interested in what I did in the military, except for my family,” he said after the event.

Neff spent 29 years in active, reserve and Air National Guard service. He also spent 32 years with a major airline and 11 with the Federal Aviation Administration.

“I’m a member of another organization who is recognizing those of us who served (in Vietnam) as well. But this is the first time in 50 years that anybody even cared. It’s actually emotional,” he added. Neff shed tears as he recalled an “era when we were spit on when we came back,” a reference to the plunge in public support and increase in distrust of government as the controversial war dragged on and increasingly appeared to be unwinnable as death tolls mounted. 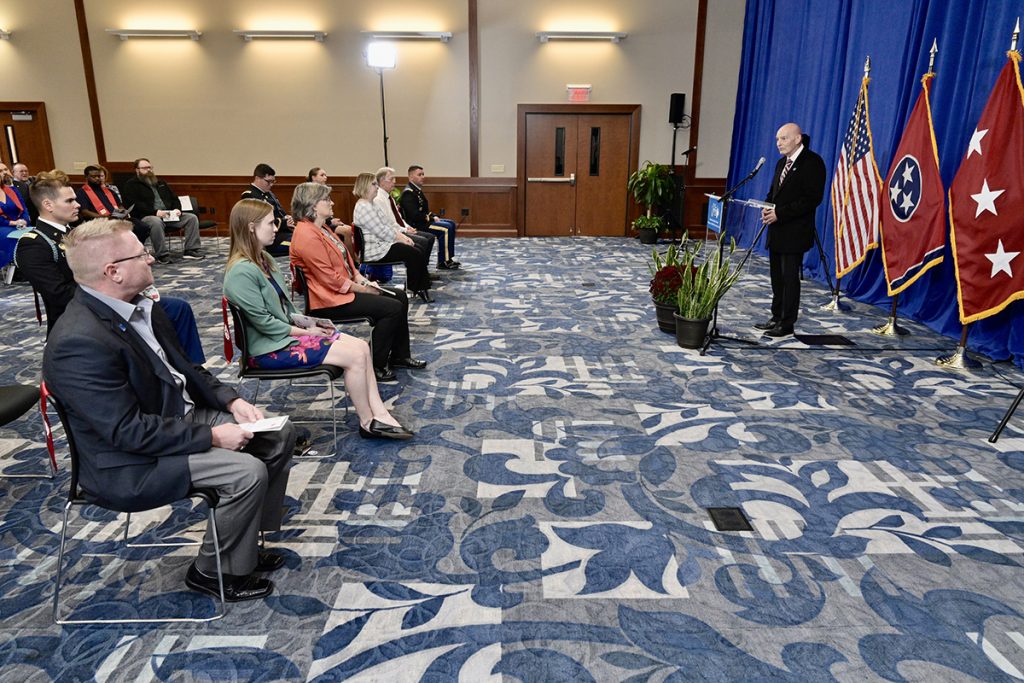 U.S. Army veteran Christy Sigler, an attorney who is MTSU’s assistant to the president for Institutional Equity and Compliance, spoke to the group.

“Life presents you with a lot of opportunities and you have to be willing to check those out, see if it’s something that works for you and sometimes make a hard decision to do something different than what you thought you were going to do,” she said of her message.

“And that everybody needs help sometimes, so whatever it’s for, whether it’s career advice or something personal — mental health needs — it’s good to ask for help,” Sigler added. 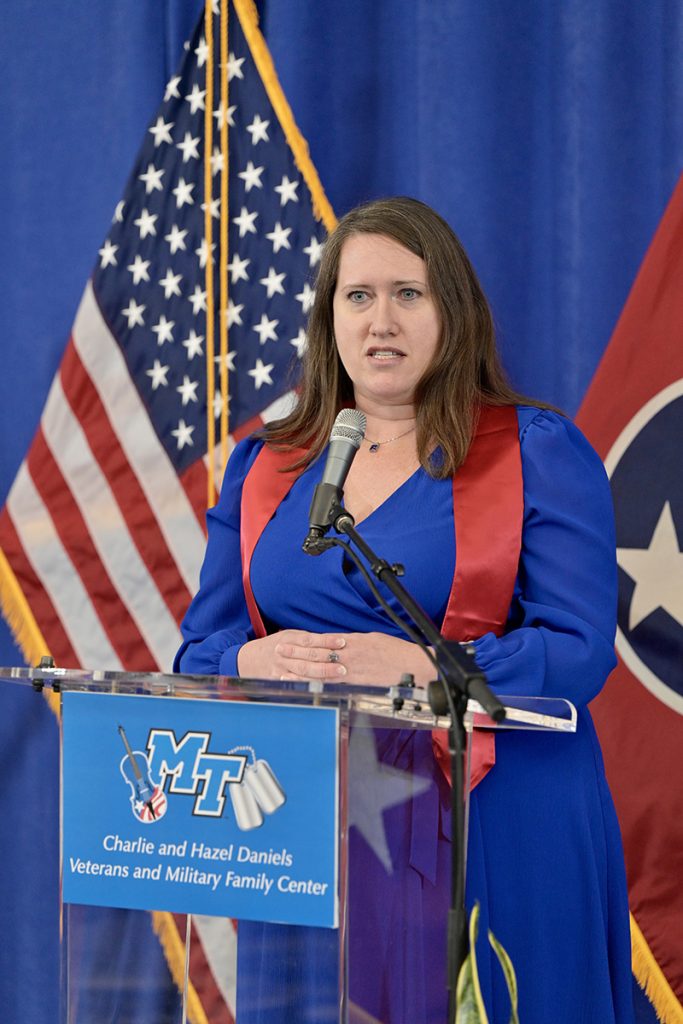 U.S. Army veteran Christy Sigler, who is assistant to the president for Institutional Equity and Compliance at MTSU, speaks to veterans and active military personnel recognized during the MTSU Faculty-Staff Stole Ceremony Wednesday, Nov. 10, in the Ingram Building’s MT Center. (MTSU photo by Andy Heidt)

Hilary Miller, director of the Daniels Center, introduced the 10 honorees.

For more information about the Daniels Center, home to 1,000-plus student veterans and family members and a one-stop-shop to assist with veterans’ benefits, future employment and more, call 615-904-8347. 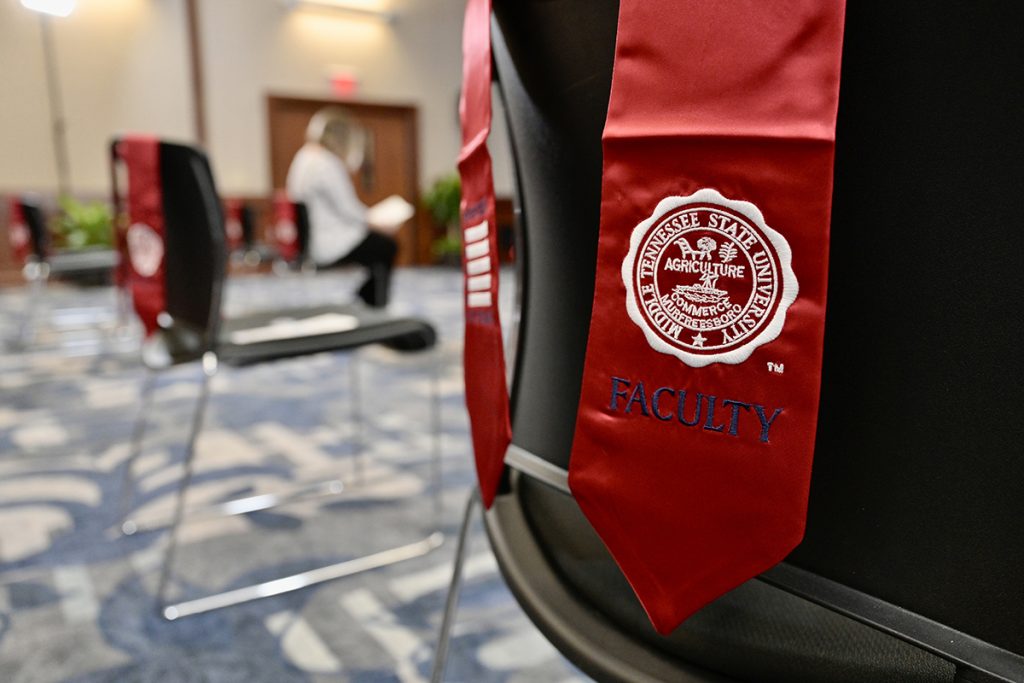 A red stole rests on the back of a chair in the Sam H. Ingram Building’s MT Center before the annual MTSU Faculty-Staff Veterans Stole Ceremony Wednesday, Nov. 10. The stoles were given to MTSU faculty and staff who served or continue to serve in any U.S. military branches. They can be worn during any future MTSU commencement ceremonies. (MTSU photo by Andy Heidt)