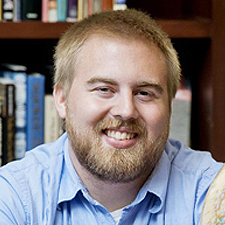 For the third consecutive year, MTSU can lay claim to multiple winners of allocations from the U.S. Student Fulbright Program, one of the world’s most prestigious scholars’ programs.

Sponsored by the U.S. Department of State’s Bureau of Educational and Cultural Affairs, Fulbright grants help the country’s most talented scholars promote understanding between the United States and other nations.

“Individuals who are selected for these honors are considered not only to be representatives of the institutions that they attended but also of the nation,” said Dr. John R. Vile, dean of the University Honors College.

“MTSU has effectively joined an elite group of schools by having multiple winners in multiple successive years. This is a tribute to the university’s increased emphasis on internationalizing its offerings.”

Adam Emerson, a spring 2012 graduate with a double major in psychology and international relations, learned this summer that the Fulbright Program will fund his stint as an instructor of English in Russia.

“Russia is one of those places where they’re definitely establishing more ties in the technology industry, which is one of the United States’ most profitable sectors,” said Emerson.

A native of Liberty, Tenn., Emerson studied in Moscow in summer 2010 and in Prague in summer 2011. After he completes his Fulbright stint, Emerson will pursue a doctorate in international relations with a concentration in political psychology at Washington State University.

Anna Yacovone, a post-graduate adviser in the Office of Education Abroad, will teach English in Laos under her Fulbright grant. Yacovone, a Sevierville, Tenn., native, is a veteran of study-abroad excursions to Thailand and Italy.

“My international experience and on-campus involvement played a role in me receiving the Fulbright,” Yacovone said. “I avidly want to learn more about the world while serving others and fostering cultural awareness and tolerance.”

Daniel Gouger of Whiteside, Tenn., will apply his Fulbright to scientific exploration in molecular dynamics and modeling at the Institute for Research in Biomedicine in Barcelona, Spain.

Gouger finds inspiration in one of his mentors, Dr. Nuria Novella, a professor of Spanish. Not only did Novella instill in Gouger an appreciation of Spanish language in culture; her battle against cancer bolstered his desire to pursue his dreams. Novella has been cancer-free for five years.

“I hope to one day impart to my future patients the same care and leadership that she’s been able to give me,” Gouger said.

For more information about the Fulbright Program and other fellowship opportunities, contact Laura Clippard, director of the Undergraduate Fellowships Office and Honors College adviser, at 615-898-5464 or laura.clippard@mtsu.edu.