Predict and Prevent: Q&A with ..

And Aaron Raitiere, a 2009 Master of Fine Arts alumnus, won his first Grammy for co-writing “I’ll Never Love Again” for “A Star is Born” in the best song for visual media category.

They were two of nine MTSU graduates nominated for their work in the 62nd annual Grammy Awards.

The wins bring MTSU’s Grammy numbers to 11 winners with a total of 32 Grammys, including seven repeat recipients, since 2001 in multiple categories and genres.

MTSU alumni, former or current students, and faculty from across the university have been a part of more than 75 Grammy Award nominations in the last decade.

Shippen, who’s now won five Grammys since 2001 and been a part of multiple other Grammy-winning projects and Country Music Award winners during his career, also brought home the Academy of Country Music’s 2019 audio engineer of the year honor in August.

He’s a mixer, producer and engineer as well as a multi-faceted entrepreneur, consultant and business owner. His credits range from Kelsea Ballerini and India.Arie to the Backstreet Boys and Robert Randolph and the Family Band.

A member of the College of Media and Entertainment‘s Wall of Fame since 2017, Shippen has served as co-chair of the National Academy of Recording Arts and Sciences’ Producers & Engineers Wing. He owns and operates Robot Lemon, a private Nashville studio with a unique hybrid analog/digital studio setup.

You can read a Pro Sound News interview with Shippen and Gaynor about their collaboration here. 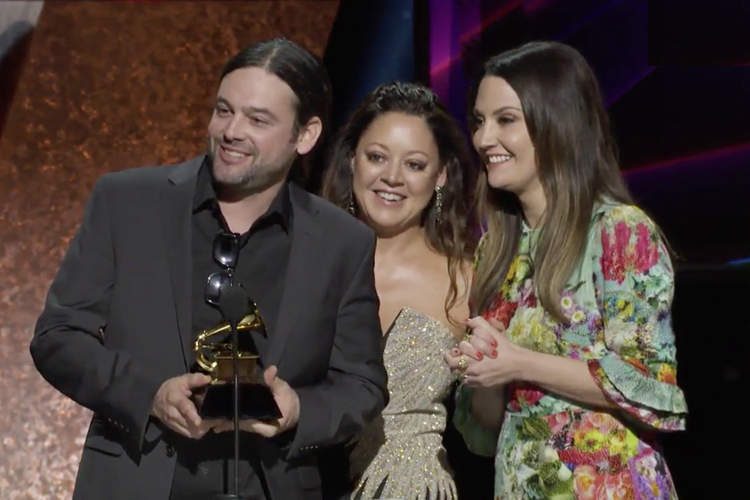 Raitiere released a few albums of his own before earning his MFA in recording arts and technologies from MTSU, then headed full-tilt into getting songs on multiple artists’ CDs.

His credits include songwriting for fellow MTSU alumnus and Grammy nominee Michael Anderson, a 2010 audio production grad known professionally as Anderson East, and for Randolph and his band, Miranda Lambert, the Oak Ridge Boys and Ashley Monroe.

You can see his acceptance video with co-writers Natalie Hemby and Hillary Lindsey here.

• Multi-Grammy winner Torrance “Street Symphony” Esmond, a 2003 music business alumnus who returned to the nominees’ list with his clients the Alphabet Rockers and their best children’s album candidate.

• Billy Hickey, a 2006 recording industry production and technology alumnus who was nominated for two Grammys for his work with Ariana Grande. He was part of the team recognized for record of the year for Grande’s “7 Rings” single and earned a second engineering nomination for Grande’s best pop vocal album candidate, “thank u, next.”

• Jeff Hyde, a 2003 marketing grad from the Jones College of Business, who was nominated for the best country song Grammy for co-writing “Some of It” with — and for — Church.

The nominees also were recognized during MTSU’s seventh annual Grammy weekend gatherings, where alumni and former students are honored and current students travel with faculty and staff to learn firsthand about the awards in both backstage and pre-show events.

MTSU celebrated with its alumni at a Jan. 25 brunch in downtown Los Angeles that also noted alumna Beverly Keel’s new role as dean of the College of Media and Entertainment. The same night, the university partnered with the Americana Music Association for a pre-Grammy concert event at The Troubadour celebrating the music of Willie Nelson.

You can learn more about those events here.

MTSU 2004 music business alumna Erin Enderlin wasn’t directly nominated for a Grammy this year, but she was part of McEntire’s nominated project, writing “The Bar’s Getting Lower” for the collection.

In 2019, MTSU’s recording industry department made Billboard’s annual list of America’s top music business schools for a sixth year, joining its counterparts across the country once again as top producers of ready-to-work music industry pros.

Keel, formerly MTSU’s recording industry chair, took the reins of the university’s media college Jan. 1. She received her bachelor’s degree from MTSU in 1988, joined the recording industry faculty in 1995 and was named chair of the department in 2013.

A complete list of this year’s Grammy winners is available here.