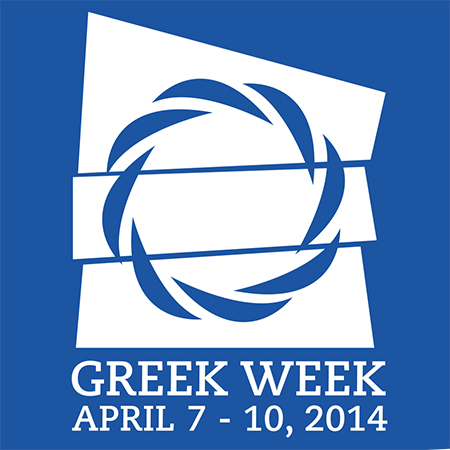 A week of community-focused activities is on tap as MTSU’s fraternities and sororities celebrate Greek Week April 7-10.

“We’ve made it a values-based week to show that Greeks care not just about the MTSU community, but about Murfreesboro and Rutherford County, as well,” said October Henson, a senior psychology major from Cleveland, Tenn., and chair of the Greek Week Committee.

Monday, April 7, is “Give Back Day,” when Jefferson’s Restaurant, located at 1916 E. Main St. in Murfreesboro, will donate 10 percent of all its proceeds between 11 a.m. and 3 p.m. to Habitat for Humanity of Rutherford County.

Fraternities and sororities will host a Greeks for Humanity Letter Writing Party from 6 to 10 p.m. April 7 in the Student Union ballroom. All students are encouraged to bring at least five to 10 addresses and write letters seeking donations to Habitat. Door prizes will be awarded.

All funds raised will benefit Habitat for Humanity of Rutherford County and will be used to build a Habitat home for a family during Greek Week 2015. Henson said the goal is to raise $10,000.

From 11 a.m. to 1 p.m. on Tuesday, April 8, Fraternity and Sorority Life Appreciation Day, free food and door prizes will be available in the Center for Student Involvement and Leadership, which is in Room 330 of the Student Union.

On Wednesday, April 9, members of fraternities and sororities are encouraged to show their Greek pride by wearing their organization’s letters.

Greeks also are being invited to participate in the Fraternity and Sorority Life Community Photo at 4:30 p.m. April 9 on the Student Union commons. A mammoth photograph of MTSU’s Greek chapters will be taken. Each participating chapter is encouraged to wear shirts of the same color and display their letters and/or flags.

The Office of Fraternity and Sorority Life also is a co-sponsor of Walk a Mile in Her Shoes, which is slated to start with registration at 5:30 p.m. at the Health, Wellness and Recreation Center. Men are encouraged to don high-heeled shoes to experience the difficulty a woman experiences when trying to run away from an attacker.

Other sponsors include the Interfraternity Council, the June Anderson Center for Women and Nontraditional Students and the Center for Student Involvement and Leadership.

The Fraternity and Sorority Life Awards Banquet is scheduled for 7 p.m. Thursday, April 10, in the Student Union ballroom. Organizations and individuals who have made a difference in the community will be honored.