‘MTSU On the Record’ guest cho.. 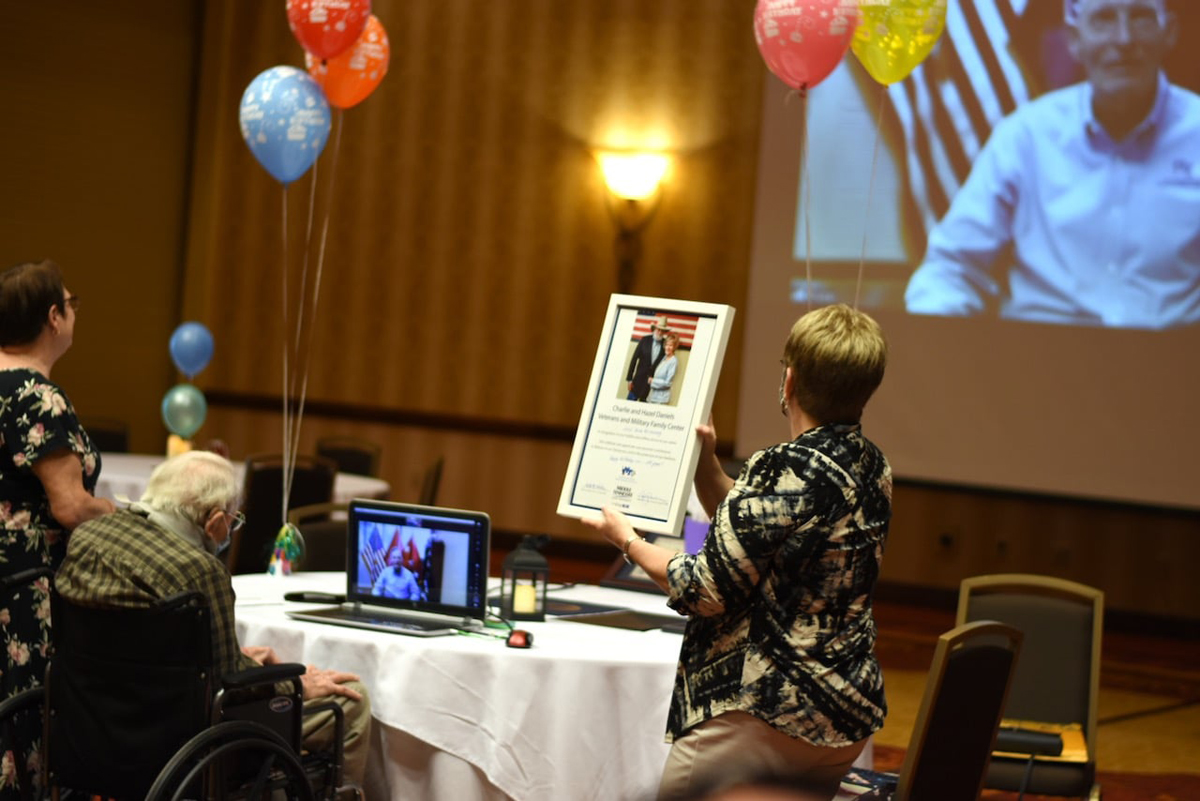 The Century Club of Rutherford County, which was initiated by Family Staffing Solutions Inc., has helped honor local residents who are 100 or older since 2012. Wanda Harrison, McClenny’s daughter, reached out to the Century Club, which planned a party for Saturday, Oct. 3, three days before his actual birth date, at Embassy Suites Murfreesboro.

Kathy Bennett, Century Club liaison, said McClenny would become a club member with more decorations and awards than any of its 75 other members have received to date. In 22 years of service, McClenny, a pilot, flew 23 missions across Germany in his B-17, nicknamed “Little Chapel,” and never lost a single man.

The in-person event was limited to about 30 family and invited guests wearing masks and adhering to social distancing, use of hand sanitizer and other health protocols because of COVID-19, Bennett said. During the catered meal, while others ate at tables to remain socially distanced, McClenny ate alone. He remains quarantined for 14 days at his residence as a precaution.

Huber and Hilary Miller, Daniels Center director, awarded a beautifully framed Award of Recognition from the center to McClenny “for his faithful and selfless service to our nation, for his defense of our democracy and his protection of freedom.” 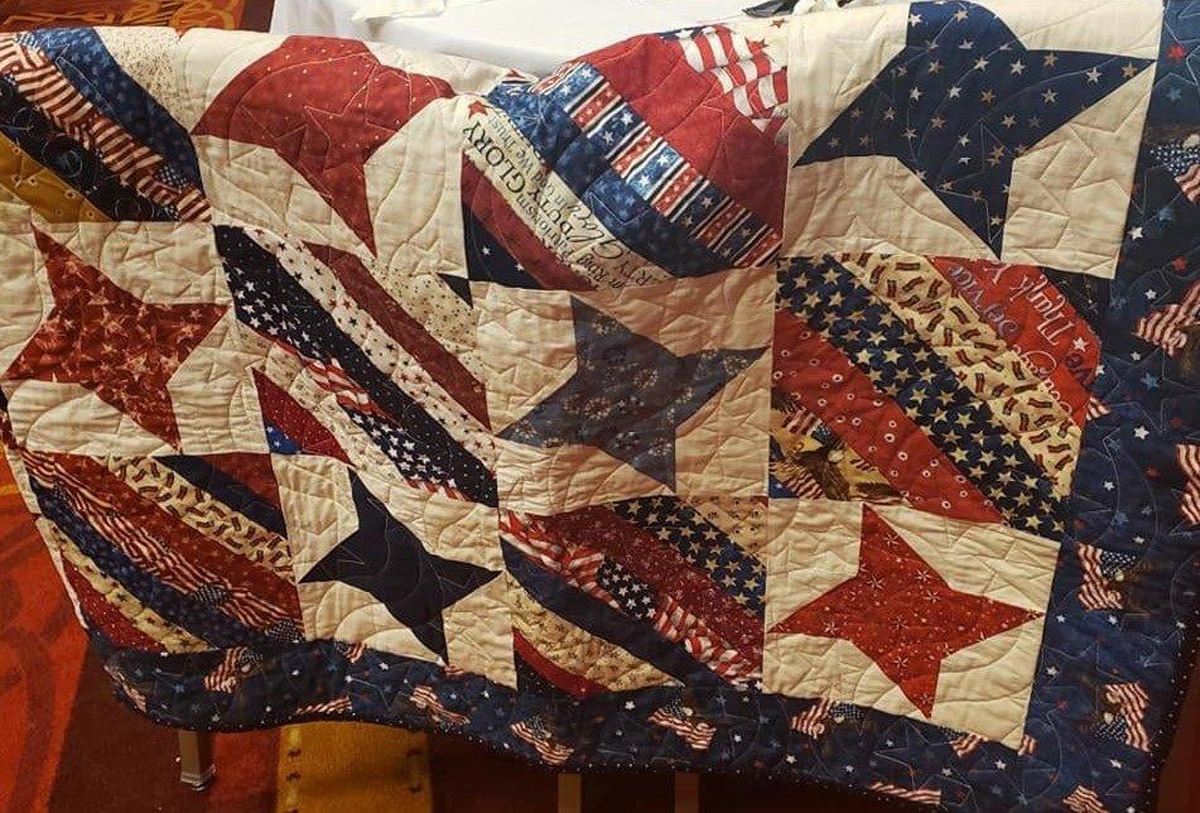 McClenny also was presented a Quilt of Valor, to honor and comfort those touched by war, and made by Jill Shaver of Murfreesboro.

“I immediately felt an affinity for Lt. Col. McClenny because I had met him before at a previous veterans event and I personally witnessed his strength of character and his servant humility,” Huber said.

“He served in the U.S. Army Air Corps as did my father, both as pilots in combat in World War II, my daddy (William E. Huber) in P-38s and he in B-17s,” said Huber, who served nearly four decades in the military. “I retain a profound respect for those who willingly participated in our world wars, to defend democracy and to protect our freedoms. Their service inspired me and challenged me to serve our nation in their honorable fashion.”

The birthday celebration began with a virtual presentation by Huber.

“Both soldiers remembered each other from previous events. It was a very touching moment,” Bennett said.

The Daniels Center, the largest and most comprehensive veterans center on any Tennessee higher education campus, is home to more than 1,000 veterans and their family members.

It allows military-connected personnel to have a one-stop-shop to meet a variety of academic and veterans’ needs. It is located in Keathley University Center Rooms 124 (main suite) and 316 — a place where military-connected students can study, gather and receive help from fellow veterans, who serve as peer advisers and sponsors.

The center is named after Country Music Hall of Fame member Charlie Daniels, who died in early June, and his wife, Hazel Daniels. 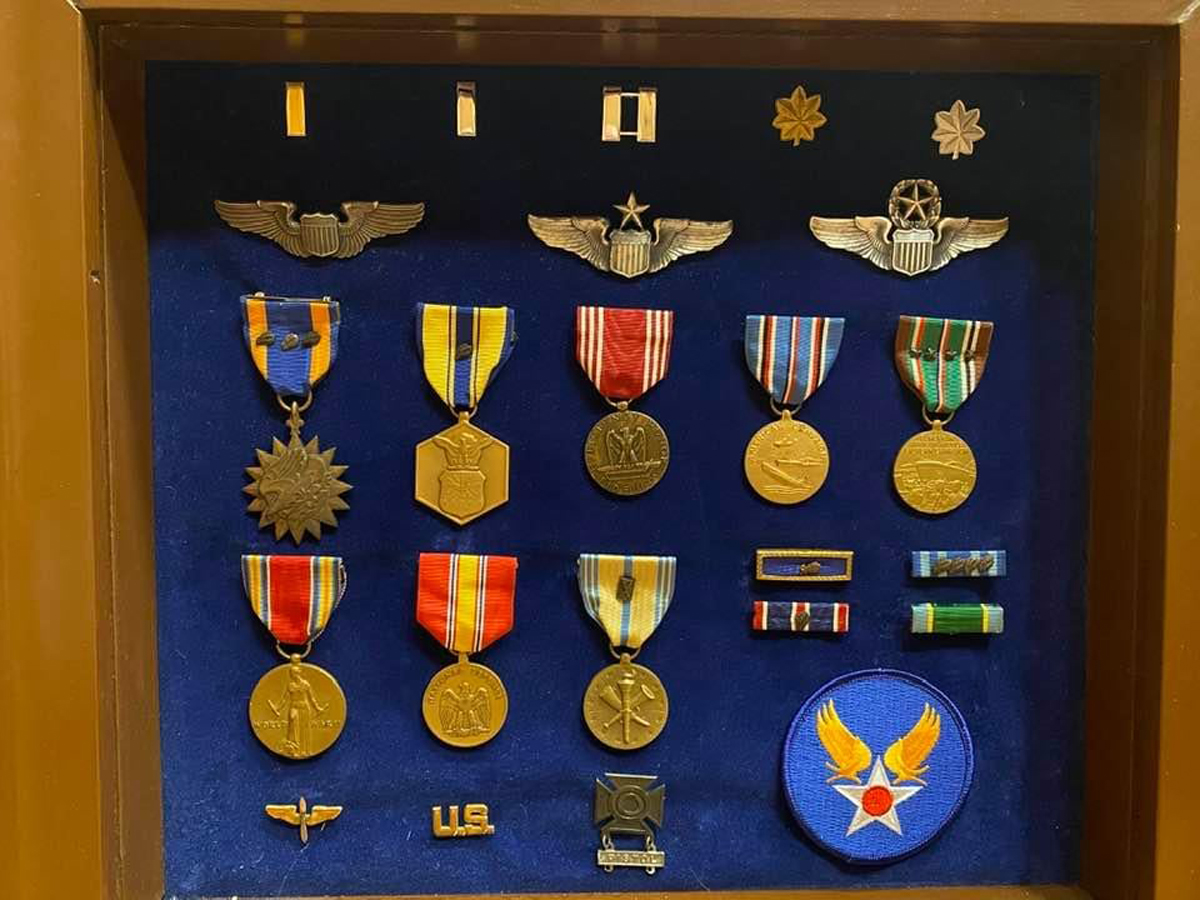 A wooden case holds the medals earned by Jacob R. McClenny of Murfreesboro for his exploits as a U.S. Air Force pilot of a B-17 bomber. The retired lieutenant colonel, who recently celebrated his 100th birthday, made 23 successful bombing missions across Germany during World War II. (Submitted photo)