'Fourth Down and Long': Listen.. 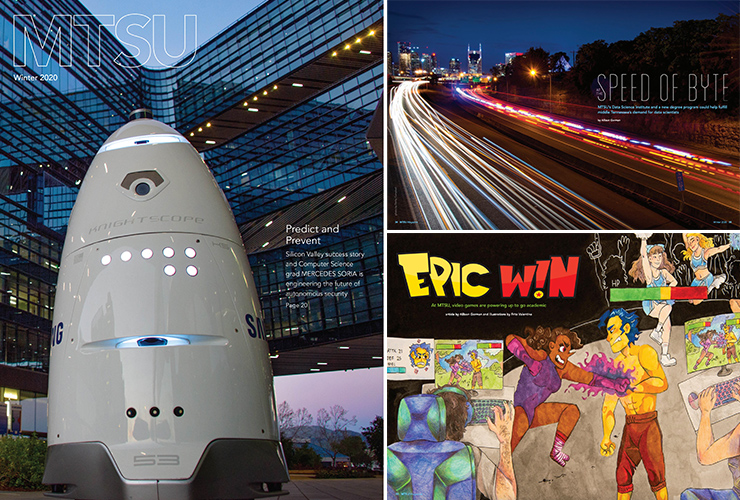 The more than 130,000 living alumni of MTSU received a belated Christmas gift this January in the form of a fully redesigned MTSU magazine.

“We hope that this new MTSU magazine will offer a better user experience, be helpful, be useful, and most of all serve as an invitation to connect with the larger MTSU community — alumni, students, staff, faculty, and the Middle Tennessee region,” said Drew Ruble, senior editor in the MTSU Office of Publications.

“In his fall address to faculty and staff, MTSU President Sidney A. McPhee urged us to think big, bold ideas. We were asked to innovate, to be the architects of tomorrow. This conceptual and aesthetic magazine redesign is our way of answering this call.” 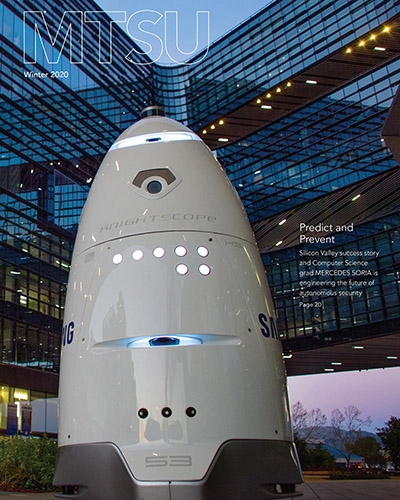 The cover for the January 2020 edition of the newly redesigned MTSU magazine. (Photo courtesy of University Publications)

Ruble said the goal of the redesign, which he said was spearheaded by associate editor Darby Campbell and lead designer Micah Loyed, was to give the new MTSU magazine a “smart, artistic, clean, and modern look with user-driven organization,” adding “it is my hope that we can help connect the current student body with alumni and to help alumni feel like you are still members of the MTSU community after graduating.”

New pages in the redesigned magazine include Scene on Campus, a photo collage of events that took place on campus since the last issue; Events, an invitation to a sampling of the art, alumni, athletics, or lecture events open to all alumni; #MyMTStory, a page where comments from alumni social media respondents are shared; Old School, a photo spread from university archives featuring a look back at MTSU’s past; Ask an Expert, featuring a thoughtful response on a current issue or point of interest; Required Reading, profiling the wealth of books being published by MTSU alumni, faculty, staff and students. Likewise, the new art pages, Campus Culture, show off the abundance of talent from visual artists and writers from MTSU. Lastly, a Faculty Spotlight showcases one of MTSU’s leading professors.

Familiar staples like Five Minutes with the President, Midpoints and Class Notes haven’t gone anywhere. They just have a new look.

The cover story in this premier issue of the redesigned magazine spotlights the achievement of alumna Mercedes Soria (’98), who came to MTSU from South America, enrolled in the math program largely because she barely spoke the English language, and graduated with a degree in computer science, making her a prime example of a Woman in STEM fostered at MTSU. She later graduated from both Harvard and MIT.

Soria is currently chief intelligence officer and executive vice president of software engineering at a company in Silicon Valley called Knightscope, which was recently ranked as the second most innovative tech company in America by Fast Company magazine. The robots Soria helps engineer — one is pictured on the cover — are used to eliminate mass shootings in public places like schools, stadiums and public plazas. 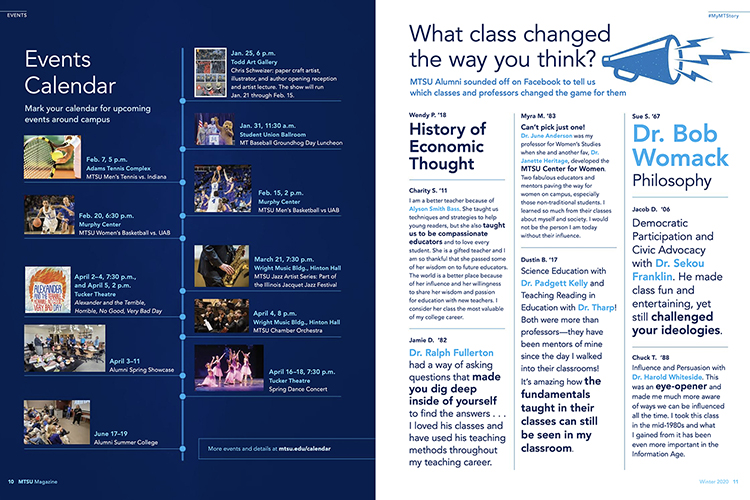 These are two of the new features — Events on the left and #MyMTStory at right — unveiled in the newly redesigned MTSU magazine, recently distributed to the university’s estimated 130,000 living alumni.

Other features in the magazine:

• chronicle and highlight the incredible and newsworthy achievement of Raider Relief, a humanitarian effort relaunched by McPhee and heavily supported by MTSU vice chair Darrell Freeman to fly relief items to devastated areas in the Bahamas following Hurricane Dorian.

• profile MTSU’s Data Science Institute, which brings in interdisciplinary teams of faculty and students to analyze data for its own research projects or to help government agencies and nonprofits operate more effectively, providing students with highly marketable experience in data science, a profession so sought after that supply can’t meet demand.

• detail the growth of MTSU eSports, which has become one of largest clubs on campus and participates in tournaments with teams from other schools.

Printed copies of MTSU magazine are distributed twice annually to more than 130,000 alumni readers. The publication also is distributed to interested community members, including state lawmakers. 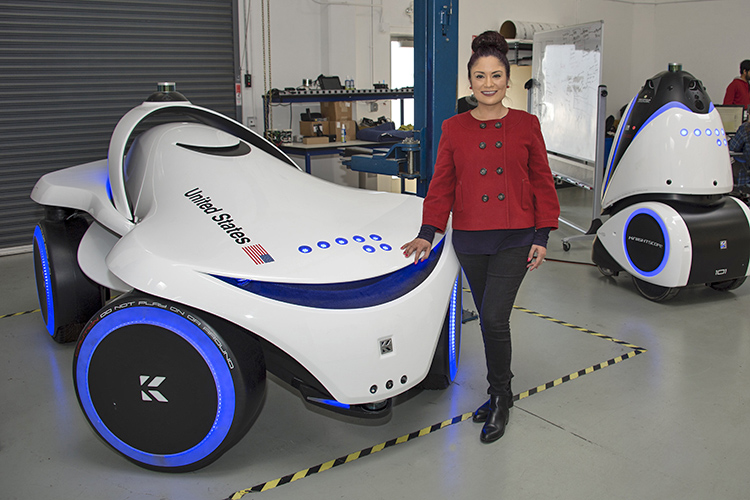