‘Circulate the love’ at MTSU’s.. 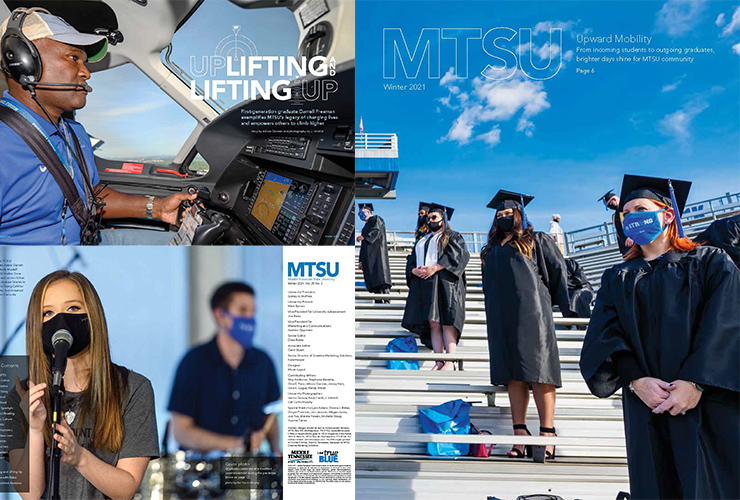 The winter 2021 edition of MTSU Magazine spotlights two highly successful university alums, each of whom represent excellence and distinction through their professional careers, loyal support and service to the broader community.

Darrell Freeman, vice chair of the MTSU Board of Trustees, is a first-generation graduate and entrepreneur. Freeman’s company Zycron grew to $40 million in annual sales, taking Freeman to new heights: an unprecedented two terms as chair of the Nashville Area Chamber of Commerce; founding roles at Reliant Bank and Pinnacle Construction Partners; and membership on several boards, including MTSU’s.

Wherever he’s landed, he’s used his leverage to lift others up, and to be a relentless advocate for education as the door to the American Dream.

“When you grew up in a place where you needed a lot of help, you have sympathy for people who may be where you were,” Freeman said. “I love being in a position to help people.

“My perspective is from that of a first-time college student, from a place where kids don’t have their financial needs met, where every day is a struggle. Because it’s those MTSU students whose education is going to mean the most to them,” he added. 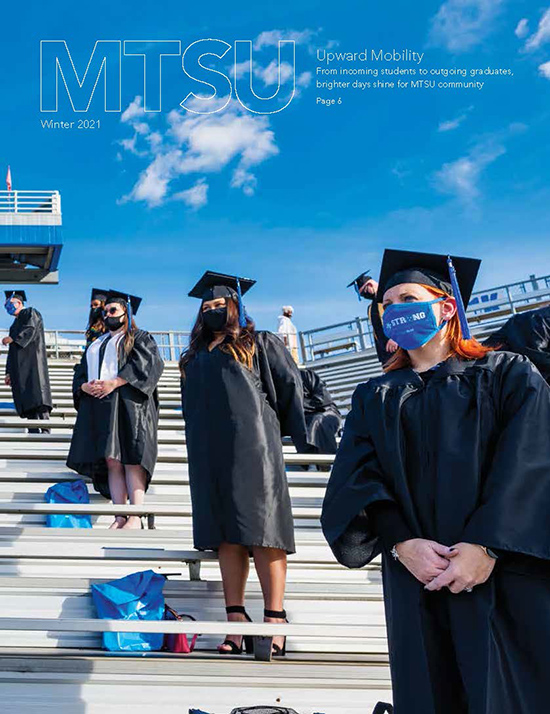 Click the image to access an electronic flip-page version of the magazine. (Cover image courtesy of MTSU Creative Marketing Solutions)

“I was performing seven days a week when I was at MTSU,” Duke said. “… MTSU truly was the key that unlocked my future.”

Duke has performed on stage and in studio with superstars Celine Dion, Michael Bolton, Gladys Knight and Josh Groban. His voice can be heard on more than 10,000 national commercials. He has voiced seven Super Bowl spots, has been the narrator for “Swamp People” for 12 years, and has served as the voice of Kool-Aid Man, among many other credits.

The Winter 2021 edition also chronicles the university’s ongoing response to the COVID-19 pandemic, which has served as a testament to MTSU’s focus on student success.

MTSU was among the first in the nation to announce it would resume some on-campus classes and operations for the Fall 2020 semester. And by modifying campus spaces and behaviors, the campus community endured and showed what can be achieved through trust and teamwork. The university completed the semester with a large portion of classes held in person and even celebrated graduation together on a sunny day in Floyd Stadium, the first such outdoor commencement there in four decades.

As the Spring 2021 semester begins, MTSU resumes a mix of course delivery options for spring, while planning a return to primarily in-person instruction by Fall 2021.

A web-only, flip version of the entire magazine is available at https://issuu.com/mtsumag/docs/mtsumagazinewinter2021.