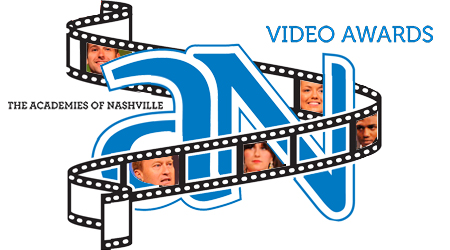 NASHVILLE—The Academy of International Business and Communications at Hillsboro High School received “Best in Show” honors, as well as four other top awards, on April 21 in a Metro Nashville Public Schools video-awards competition sponsored by MTSU.

Students from Metro Schools and MTSU directed, produced and performed in the inaugural “Academies of Nashville Video Awards” show before a capacity crowd at the Belcourt Theatre.

The districtwide video competition was created to tell the stories of the 40 different Academies of Nashville offerings in Metro’s 12 zoned high schools.

“This awards show gave our students a hands-on learning experience, a platform to share how their Academy of Nashville experiences are preparing them for college and careers—and a chance to knock the socks off the audience,” said Metro Schools Director Jesse Register. “Our students are talented!”

Jay Steele, associate superintendent of high schools for Metro Nashville Public Schools, welcomes the audience to The Academies of Nashville Video Awards as MTSU student host Megan Brantley, center, and Gerald Harris of Metro’s Pearl-Cohn Entertainment Magnet High School look on. The show, sponsored and produced by MTSU, was taped on April 21 at the Belcourt Theatre in Nashville.

The Academy of Design and Technology at Hunters Lane took home three awards, winning the “Best Arts, Media and Communications Video” and “Best Video Personality” and tying with Hillsboro for “Best Script.”

Nine other academies earned first-place honors for their videos, including the:

The unique partnership between Metro Schools and MTSU began in fall 2011, when the University agreed to be the title sponsor for the show.

“We are pleased to partner with Metro Schools because we see the great things happening in their schools and the caliber of students they are sending to college,” said MTSU President Sidney A. McPhee.

“What makes this project so perfect is that it unites their talented students with our exceptional students from the Department of Electronic Media Communication.”

Alex Gibson, a junior EMC major at MTSU, produced the show with the help of almost 30 of his fellow MTSU students and a handful of Metro students.

The hourlong MNPS video awards production will be aired on tape delay on Nashville’s NECAT, Channel 10.

Though the awards show was totally produced by students, two adult mentors played a major role in the production.

Gordon, an EMC assistant professor at MTSU, both made sure the partnership got off the ground. Billy Pittard, EMC department chair, also was instrumental in providing the resources for the production of the event.

Gordon also served as executive producer for the show.