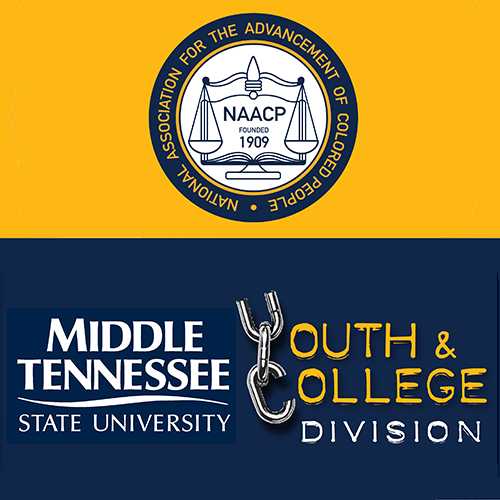 An MTSU student organization has been recognized at the national level for its remarkable membership growth.

The NACCP gave the 2016 Chairman’s Trophy to its MTSU collegiate chapter at the 107th annual NAACP convention, which took place this summer in Cincinnati, Ohio.

The national organization bestows the honor each year on the college chapter with the largest membership increase.

“We have become a pretty well-known group on campus,” said Malik Lennon, president of the MTSU student chapter and a multimedia journalism major from Clarksville, Tennessee.

“We have become involved with a lot of community service projects both on and off campus, and I think that appeals to a lot of our members.”

The group has grown from 15 members to nearly 60 members in the past few years, according to Dr. Millicent Nelson, faculty adviser to the chapter for the past five years and an associate professor in the Department of Management in the Jones College of Business.

The NAACP, founded in 1909 and now headquartered in Baltimore, Maryland, is America’s oldest and largest civil rights organization.

Then-students Darrell Freeman and Vincent Windrow co-founded MTSU’s student chapter in the 1980s when both were enrolled at the university. Freeman, now executive chairman and CEO of information technology firm Zycron Inc., is one of the new members of MTSU’s local governing board. Windrow, former director of the university’s Office of Intercultural and Diversity Affairs, is now MTSU’s assistant vice provost for student success.

For more information about the MTSU NAACP chapter, contact Nelson at 615-898-2033 or m.nelson@mtsu.edu or Lennon at mll5a@mtmail.mtsu.edu.