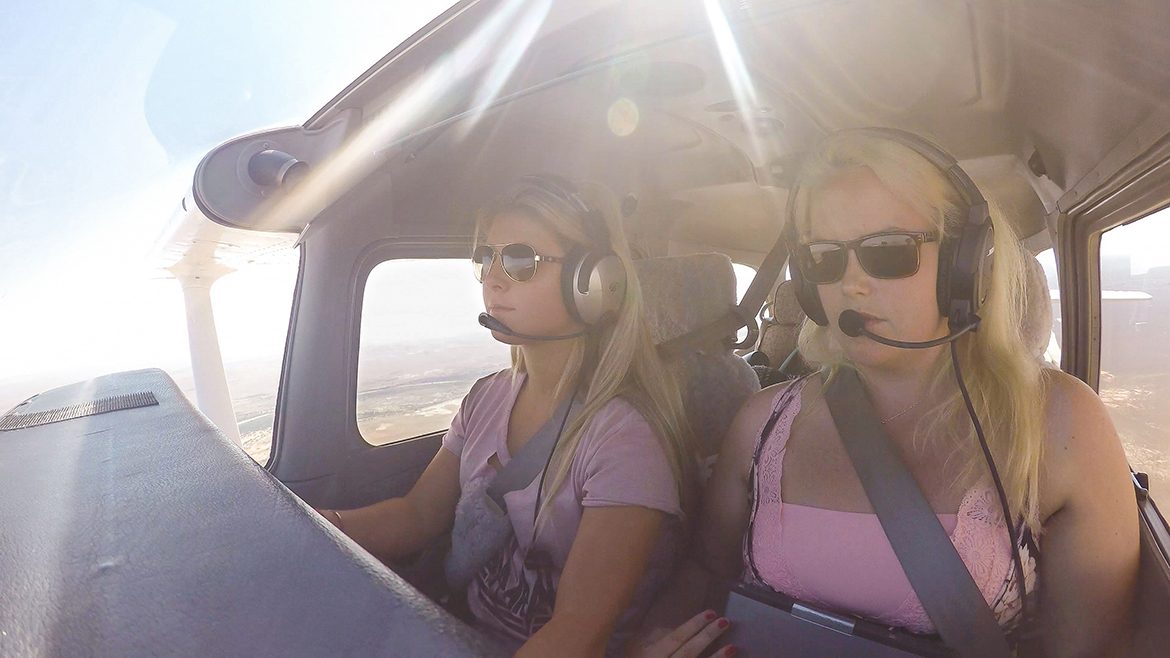 Lindskoug, 20, a junior aerospace major from Mt. Juliet, Tennessee, and Cantrell, 27, a pre-med student from Nashville majoring in psychology and minoring in chemistry and aerospace, achieved their goal in completing the nearly 2,650-mile event and flew back to Murfreesboro June 29.

The Air Race Classic is the longest running all-women pilots transcontinental air race. MTSU’s Alison Taylor and Alexis Hutchinson competed in 2013 but did not finish. For more about the race, visit www.airraceclassic.org.

Lindskoug, and Cantrell, who called themselves “White Lightning,” flew the Cantrell family-owned Cessna Skyhawk out of the Frederick, Maryland, Municipal Airport June 20 along with the other 51 teams. A Washington, D.C., television station featured them at the start — www.fox5dc.com/news/262612321-story.

On Facebook, Lindskoug posted, “Oh, my goodness. We just completed the 2017 Air Race Classic! I cannot put into words what an INCREDIBLE experience this was. One day we woke up in Indianapolis, then we were paddle boarding on Lake Bemidji, and now we are in New Mexico. This has been absolutely wild.”

Cantrell said she has “dreamed of racing airplanes since I was a little girl. I am racing to become a better and safer pilot as well as to see a lot of the United States that I have not had the pleasure of flying over yet.”

Lindskoug, a commercial pilot with 200-plus hours of flight time, is an MTSU flight dispatcher and member of the MTSU Raiders chapter of Women in Aviation International. She wants to become a fighter pilot with the Air National Guard and work for a major airline. Her father is an airline pilot, and her grandfather flew fighter jets for the Swedish Royal Air Force.

Cantrell, a private pilot with 260 hours logged, is owner of Cantrell’s Airbnb and Springwater Supperclub and Lounge and vice president of Bald Eagle Enterprises. She is a Professional Association of Diving Instructors-certified scuba diver and beekeeper with her own honey label.