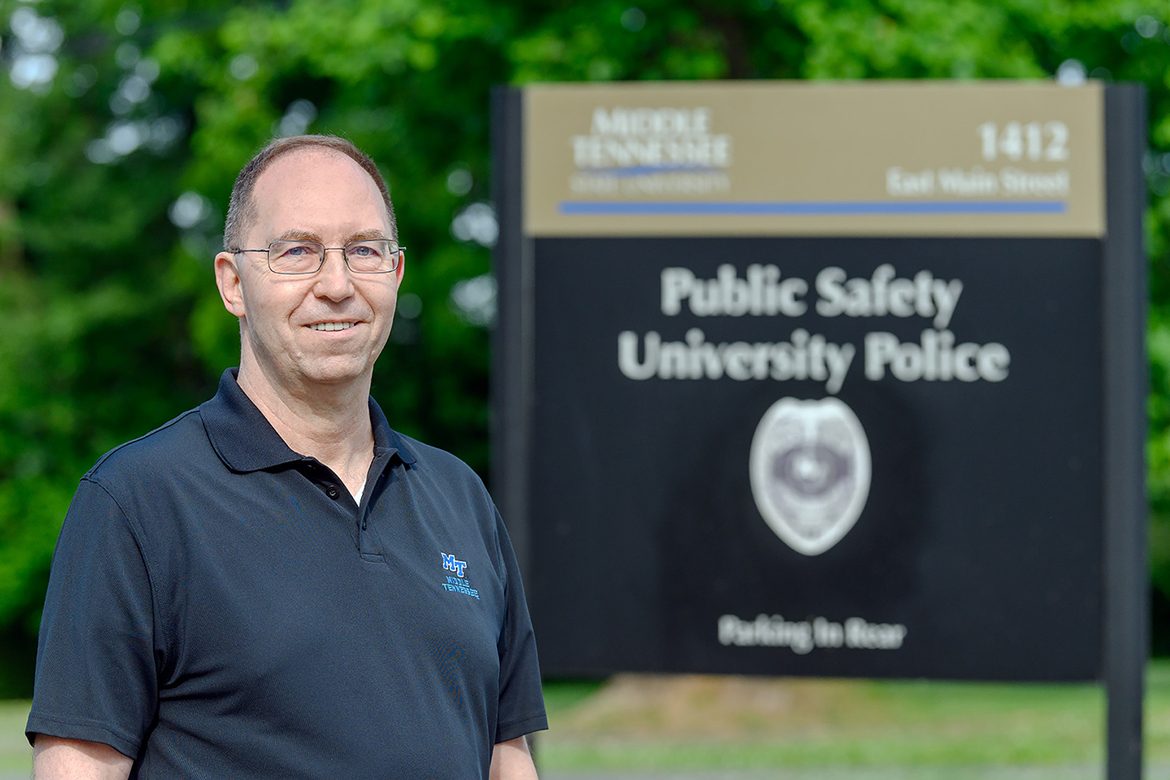 MTSU Police Chief Buddy Peaster did not always have a burning desire to be a law enforcement officer. His career in the field began while he was going to college for education to become a teacher and needed a job.

“I put in an application to work part-time as a student at the college police department,” Peaster said. “That’s how I got my start.”

The Georgia native joined MTSU’s police department as chief of police in April 2006. At the end of May, Peaster ended his 14-year tenure overseeing the safety and security of the True Blue campus and began a life in retirement after 38 years in law enforcement.

“I’ve been honored to play a part,” Peaster said of his MTSU tenure. “I’ve been a part of a department that has at its core a number of tremendous individuals whose dedication to doing the best they can for others is surpassed by no one. Plenty of media space has been taken up with police stories of tragedy and wrongdoing; not nearly enough attention has been paid to the large number of our staff who tirelessly and ceaselessly continue to perform and sacrifice….

“I am very proud of the job that our staff has done.” 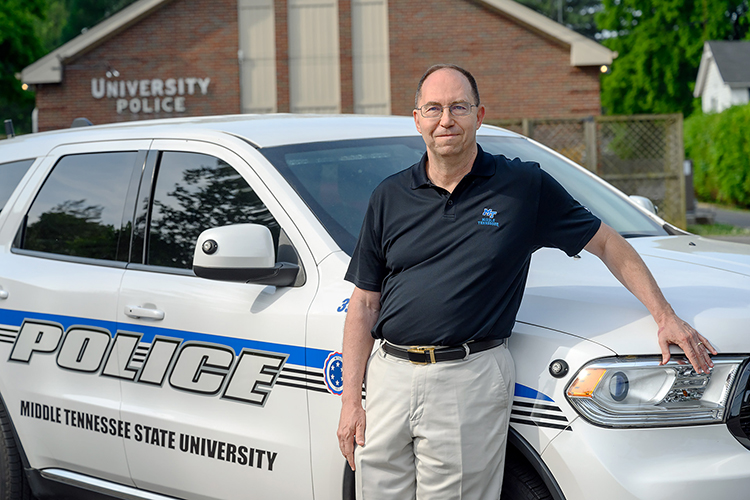 Buddy Pester, police chief at Middle Tennessee State University, pictured here with a police cruiser at the department on May 28, 2021, recently retired after a 14-year tenure of protecting and serving the campus community. (MTSU photo by J. Intintoli)

While acknowledging the current tense environment surrounding American policing, Peaster said he believes that the key forward for the University Police Department is top tier leadership and the direction of higher education.

“Both of those things will be critical in what the department looks like in five years and beyond,” he said.

Peaster reflected that most chiefs of police have a time in which they can be most effective and deliver the right things to the department and to the campus community.

“Chiefs of Police need to keep tabs on their effectiveness inside and outside the department,” Peaster said. “I have heard more than one law enforcement professional talk about how he or she knew someone who stayed in a chief’s role too long, and the chief didn’t even realize it…. I didn’t want that for the department, for MTSU or for me.”

Peaster left his staff with some words of wisdom.

“For any of our staff — or really anyone, I would say to identify your purpose as a uniquely created individual; then, do everything you need to do to fulfill that purpose,” he said. 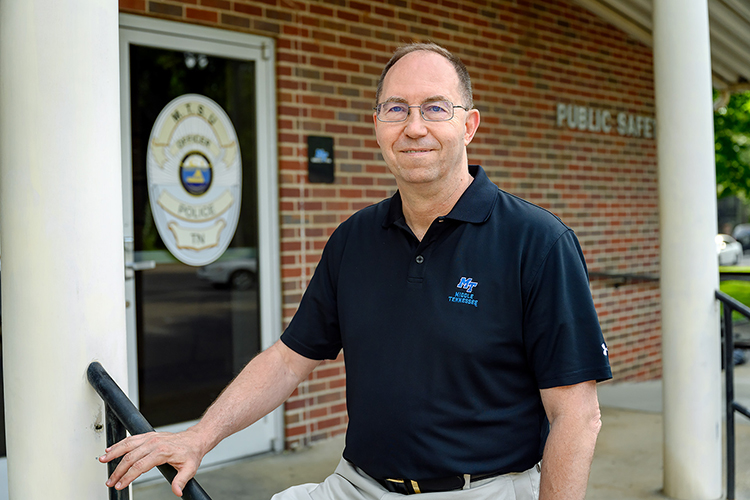 Middle Tennessee State University Police Chief Buddy Peaster, pictured outside the department on May 28, 2021, is retiring after 14 years of leading the campus department and almost 40 years total working in law enforcement. (MTSU photo by J. Intintoli)

MTSU President Sidney A. McPhee recently appointed Kevin Williams to serve as interim chief of police while the university conducts a national search for a permanent leader.

Williams has had a long and successful career, serving as police chief on campuses across the country among other positions. He seeks to influence MTSU’s department in its continued adoption of 21st century policing.

“This specifically includes mastering navigation within the 2021 climate of police, community relations and discourse,” Williams said. “These are perceived to be difficult times. However, as police officers, we do not need to view this as overwhelming because we work in an academic setting that allows us to partner with our students and MTSU’s world-class instructors and professors.”

MTSU Police is also currently hiring for entry-level officers to join their team and serve the campus community. For more information, visit the MTSU jobs website.