The Men Who Made the Constitut.. 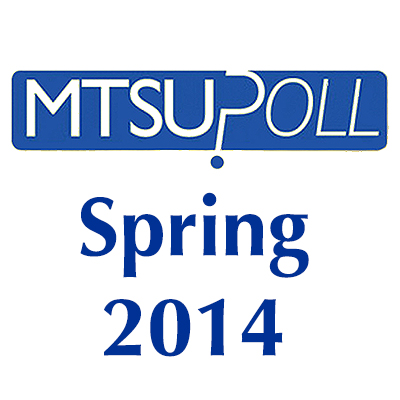 Tennessee Gov. Bill Haslam’s job approval has dropped 14 points to 47 percent, with support from Democrats and independents sharply down for the Republican governor since last spring, according to the latest MTSU Poll.

Approval of the Republican-controlled Tennessee General Assembly also edged downward, from 48 percent last spring to 44 percent now. The poll’s margin of error is plus or minus 4 percentage points.

The drop in Haslam’s approval rating from 61 percent last spring occurred primarily among the state’s Democrats and political independents, according to Ken Blake, director of the poll at Middle Tennessee State University.

The table below shows overall approval and approval broken down by party identification.

Blake noted that the drop in approval of the governor’s job performance played out differently among Democrats than it did among independents.

Blake said that further exploring the reasons behind these shifts would require a poll focused on interviewing Democrats and independents.

“But one possibility is that Democrats, having been briefly impressed with some of the governor’s moderate positions during the last legislative session, are asking what he has done for them lately. Meanwhile, some independents share that view, while other independents just haven’t been paying much attention to the governor recently.”

The governor’s latest approval numbers, collected prior to his Feb. 3 State of the State address, resemble those observed in the Spring 2011 and Fall 2011 MTSU Polls, shortly after he took office.

The governor’s highest approval rating to date, 68 percent, appeared in the Fall 2012 MTSU Poll, but that poll, taken in an election year, sampled registered, likely voters rather than Tennessee adults in general.

Statewide, 21 percent of Tennessee adults identify themselves as Democrats, 28 percent as Republicans, and 36 percent as independents. Another 8 percent say they are “something else,” and the rest don’t know or decline to answer.

The table below gives full breakdowns by party affiliation for the latest poll and the Spring 2013 poll.

Despite his dropping approval numbers, Alexander appears to be holding up well so far against state Rep. Joe Carr, his chief rival in the Republican primary.

Asked who they would like to see win a Republican primary race between Alexander and Carr, 29 percent favor Alexander, 14 percent would prefer “someone else,” and 8 percent would choose Carr. But a sizable 45 percent plurality of Tennesseans say they remain undecided.

Among Republicans in particular, 47 percent favor Alexander, 40 percent are undecided, 7 percent favor Carr, 4 percent would like “someone else,” and the rest decline to answer.

The state Legislature saw a 4-point drop in approval to 44 percent in the current poll.

As with the governor’s approval rating, the largest decline appeared among independents, 53 percent of whom approved in spring 2013 compared to 39 percent in the current poll. Here, too, the 14-point decline among independents corresponded to twin, 7-point increases in those disapproving of and feeling unsure about the Legislature’s job performance.

Poll data were collected Jan. 23–26, via telephone interviews of 600 Tennessee adults conducted by Issues and Answers Network Inc. using balanced, random samples of Tennessee landline and cell phones. Results have an error margin of plus-or-minus 4 percentage points at the 95 percent level of confidence. The data were weighted to match the latest available Census estimates of gender and race proportions in Tennessee.