Donate coats for local kids at.. 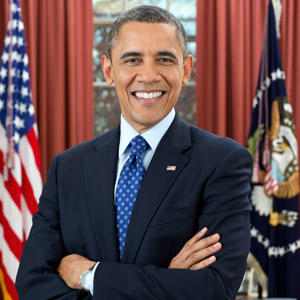 Anticipating a rare visit to the state of Tennessee by President Barack Obama, a majority of the state’s residents disapprove of the job he is doing, according to an MTSU Poll taken this past weekend.

The news is even worse for Congress: Only 14 percent of Tennesseans approve of its performance.

A 55 percent majority disapprove of the job Obama is doing, while only 30 percent approve. These figures are a few percentage points worse for Obama compared to spring 2013, the last time the poll measured Obama’s job approval  statewide. But the difference is not statistically significant, so the decline since last spring may be due to random sampling variation.

The poll’s margin of error is plus or minus 4 percentage points.

Viewed across all of the president’s years in office, though, the president’s approval numbers show a slow and steady drop, according to Dr. Jason Reineke, associate director of the poll at Middle Tennessee State University.

“Although the year-to-year differences are rarely significant, there is a clear trend in approval for President Obama going from bad to worse in Tennessee over time,” Reineke said.

“In other words, while the number of Tennesseans who disapprove of the job Obama is doing has held fairly steady, approval has noticeably softened over the course of his presidency.”

The president is scheduled to visit McGavock High School in Nashville Thursday to make a speech about jobs and the economy.

If political party affiliation — which is determined in large part by evaluations of the president — is set aside, the most important difference in presidential approval in Tennessee is attributable to race.

“Tennesseans express an overwhelming disapproval for the U.S. Congress, by a margin of more than 5-to-1 over those who say that they approve,” said Reineke. “Furthermore, this disapproval exists across the board — among men and women, blacks and whites, Democrats, Republicans, and Independents — far more disapprove of how Congress is handling its duties than approve.”

Poll data were collected prior to the State of the Union address, from Jan. 23 to 26, via telephone interviews of 600 Tennessee adults conducted by Issues and Answers Network Inc. using balanced, random samples of Tennessee landline and cell phones. The data were weighted to match the latest available Census estimates of gender and race proportions in Tennessee.