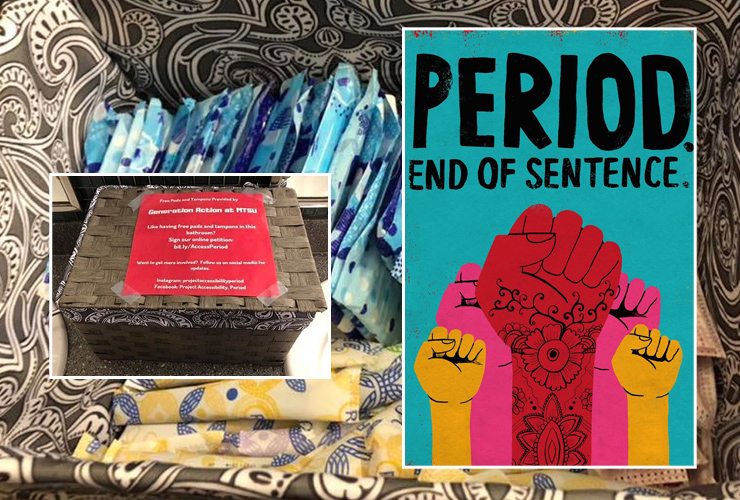 An Oscar-winning documentary about menstruation, education and equality is helping an MTSU student group boost its efforts to raise awareness on campus for women’s health and empowerment.

Rayka Zehtabchi, director of “Period. End of Sentence,” shouted, “I can’t believe a film about menstruation just won an Oscar!” Feb. 24 in Hollywood upon winning the Academy Award for the best documentary short film, shared with producer Melissa Berton. 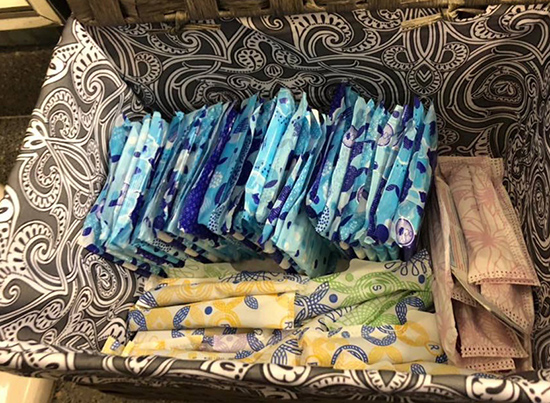 A basket of free feminine hygiene supplies, provided by the MTSU student organization Generation Action, is shown in a restroom on the MTSU campus. (Photo submitted)

The Netflix-produced film focuses on women in Hapur, India, who suffered because they missed school — and lost out on an education — because they lacked tampons and sanitary napkins. They banded together to create their own sanitary pad-making business and discover the path to empowerment.

The MTSU group, Generation Action, is putting a local spin on the international issue by supplying free napkins and tampons in women’s restrooms all over campus.

“Project Accessibility, Period” began as a research project by May 2019 graduate Tess Shelton, who documented the availability of napkins and tampons on campus for a 2017 class on feminist methods and rhetoric.

“None of those (MTSU) buildings had a working and filled pad or tampon dispenser,” Shelton said.

She also learned that women must walk an average of seven minutes just to reach a campus site to buy tampons and napkins. That could affect whether the women can get to classes promptly if they need supplies unexpectedly.

Price also is a barrier to accessibility for students on shoestring budgets. Shelton said the average cost of a single tampon on campus is about 50 cents compared to 20 cents off campus, and they’re not often sold individually.

“You don’t always have an extra three dollars lying around to pay for a box of tampons when you only need one or two,” Shelton said. 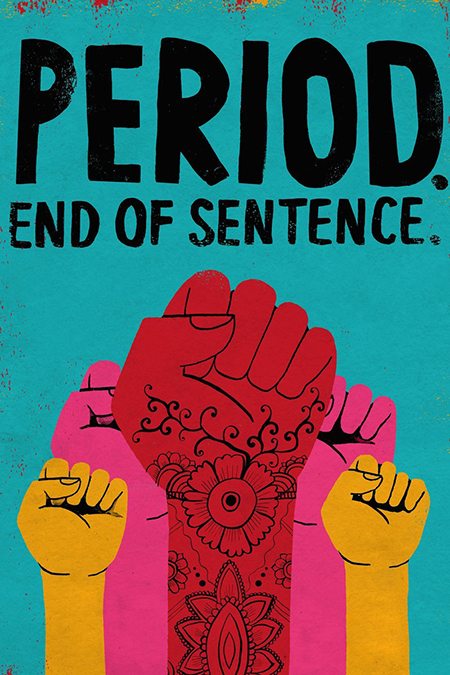 This poster promotes the Academy Award-winning film “Period. End of Sentence,” which chronicles how some girls and women in India can’t attend school because they lack adequate access to feminine hygiene products.

Generation Action, which Shelton serves as president, has set up wicker baskets with free tampons and napkins in some women’s restrooms. Shelton said she’s discovered that other women are replenishing some of the baskets when supplies run low.

The group also is encouraging people to sign a petition for MTSU’s Student Government Association to pass legislation to set up boxes in all women’s restrooms and include annual funding for tampons and napkins. The petition is at http://bit.ly/AccessPeriod.

The larger issue connecting the MTSU students’ initiative to the Oscar-winning documentary is menstrual equity. In developing nations, girls can miss a week or more of school each month because they lack physical hygiene resources.

In developed nations, euphemistic marketing blurs the message that tampons and pads are necessities and that women are paying sales tax on items that their bodies need, like food or medication.

Shelton said baskets of tampons and napkins are in the women’s restrooms on MTSU’s Student Union’s first floor, the third floor of the James Union Building, the first floor of Rutledge Hall and on the second floor of the Keathley University Center as well as the first-floor all-gender restroom in the Student Union. She said she anticipates also supplying a basket in the JUB’s third-floor, all-gender restroom by the end of March.

“You shouldn’t have to worry about your job security or your ability to get an education because you have a normal bodily function,” Shelton said.

For her efforts, MTSU recognized Shelton with a Student Trailblazer Award during the university’s National Women’s History Month kickoff celebration in March.

For more information about the MTSU group’s efforts, visit www.facebook.com/ProjectAccessibilityPeriod or www.instagram.com/projectaccessibilityperiod.

You can watch the trailer for “Period. End of Sentence” below. 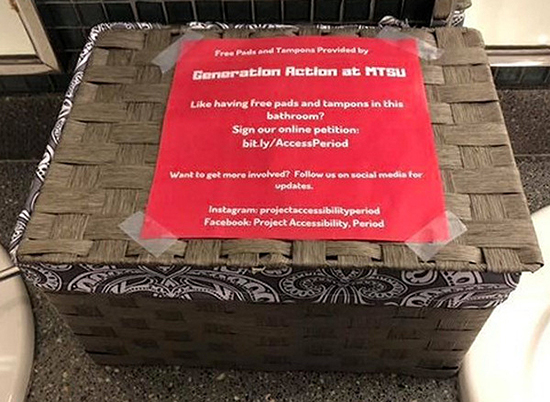 A basket of feminine hygiene supplies, provided by the MTSU student organization Generation Action, is shown in one of the restrooms on the MTSU campus. (Photo submitted)