‘MTSU On the Record’ checks wh.. 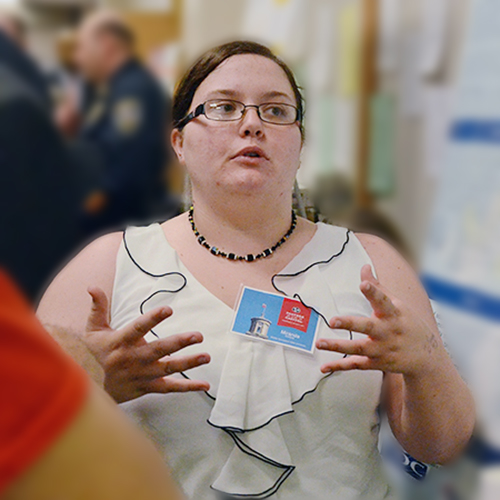 NASHVILLE, Tenn. — Middle Tennessee State University undergraduate researchers took their scientific studies to the state Capitol, meeting with their legislators as part of the 12th annual Posters at the Capitol.

Seven MTSU students were among 64 from universities statewide at the event. They talked about their scholarly efforts with state legislators during the day and had a group photo taken with Gov. Bill Haslam.

Posters at the Capitol lets student researchers visit with their senators and representatives, letting the legislators catch a glimpse of what the academic achievers are pursuing at respective Tennessee Board of Regents and University of Tennessee system schools.

MTSU senior health education major Miranda Givens, center, of Pelham, Tenn., discusses her research on when Tennessee high school students begin to smoke and when they become involved in substance abuse with Fred Kross, left, of Kingston, Tenn., and Karen Anthony March 1 at the state Capitol in Nashville. (MTSU photos by Randy Weiler)

Brooke Fitzwater, left, responds to an interview question from Rick Locker, interim communications director for the Tennessee Board of Regents, about her South American research March 1 during Posters at the Capitol in Nashville.

MTSU senior biology major Erin Herbstova of Fort Lauderdale, Fla., talks about her use of traditional Chinese medicine to treat parasitic skin infections during a March 1 meeting with state Sen. Bill Ketron during the Posters at the Capitol in Nashville.