All nine Middle Tennessee State University undergraduate students “survived” the most strenuous and intensive aspect of their “SmokyMtnU” class — an adventure into the beauty and biology of the Great Smoky Mountains National Park, completed during the spring semester.

The nine, plus graduate student Lee Rumble of Nashville, Tennessee, and associate professor Ashley Morris spent one night of “front country” campground camping and three nights in the backcountry to serve as their final exams as part of the four-credit-hour Department of Biology course. 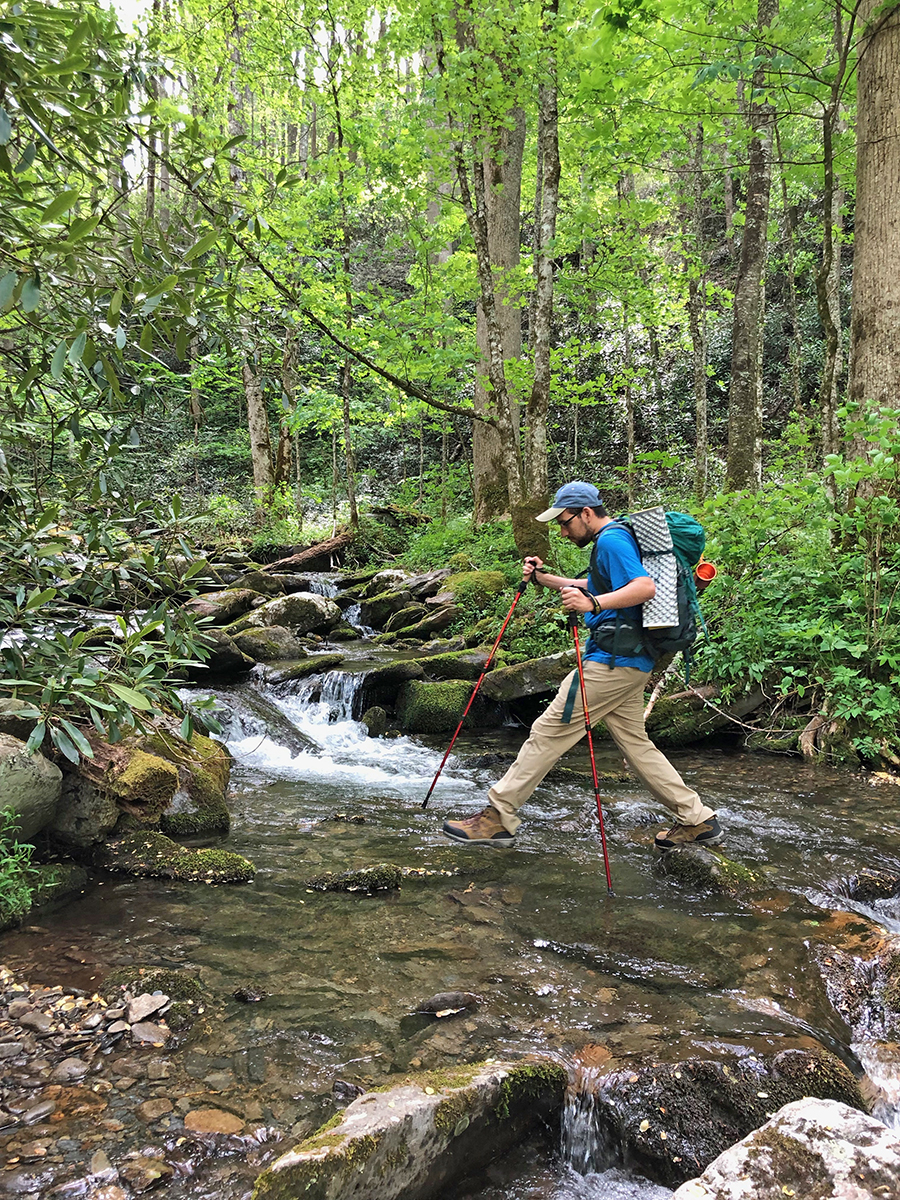 The students were part of an upper-division biome analysis class called “Ecology and Management of the Great Smoky Mountains National Park.” They also studied and performed research in the Smokies during spring break.

Their finals-week trip for this pilot educational partnership between MTSU and the park involved 40-pound backpacks, tents, sleeping bags and pads, hiking poles and boots, cooking gear and backcountry food. The group hiked about 15 miles total.

With mentoring from National Park Service ranger Christine Hoyer, a backcountry management specialist at the Smokies, Morris said her students tracked the “human impact on backcountry sites, doing the same assessment her (Hoyer’s) team does.”

The students also conducted a sound-mapping exercise and “everybody heard something different,” Morris said, adding that on the final night a backcountry park ranger discussed some of challenges of their work, including search and rescue operations.

In groups of three, the students planned a backcountry trip using topographic maps — getting from point A to point B — and taking what they learned to implement on a future trip, Morris said.

“Christine gave students parameters for starting and end points, number of travel days and weather forecast,” Morris said. “Students had to use map skills and knowledge gained over the course of the semester to determine trails, distance to travel in a single day, gear to pack and challenges to consider given terrain and forecast.”

“We all survived,” Morris added, laughing, referring to the total experience. “We were really nervous, but the students got a lot out of it. Elmon Gonzales, who grew up in Sevierville (Tennessee), said it was life-changing. He had never been hiking in the Smokies. It got him thinking about resource management and ecology.” 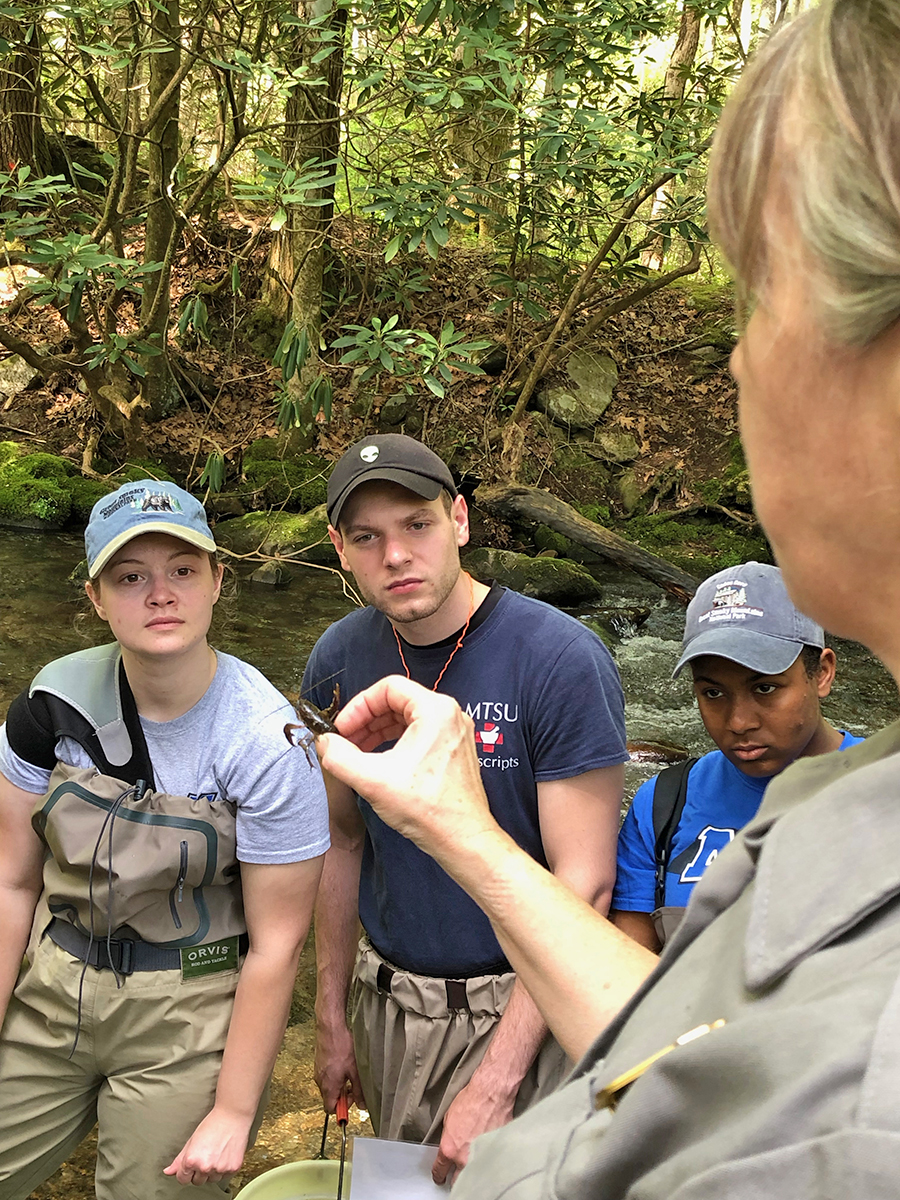 She added that Gonzales admitted that he was anxious “being so far out of his comfort zone.”

Morris is leaving MTSU and heading to Furman University in Greenville, South Carolina. She said she hopes Furman will continue the Smokies educational partnership and that an MTSU faculty member will step up and lead the class.

You can learn more about the students’ first SmokyMtnU adventure here. 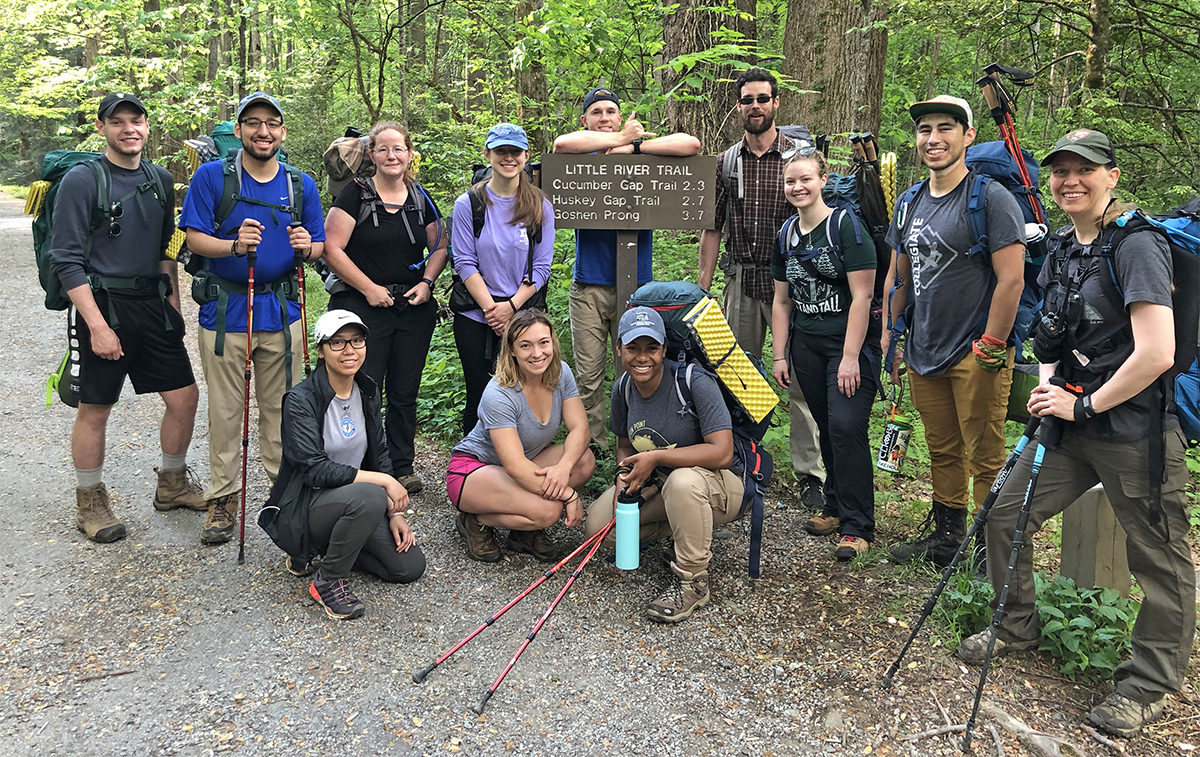 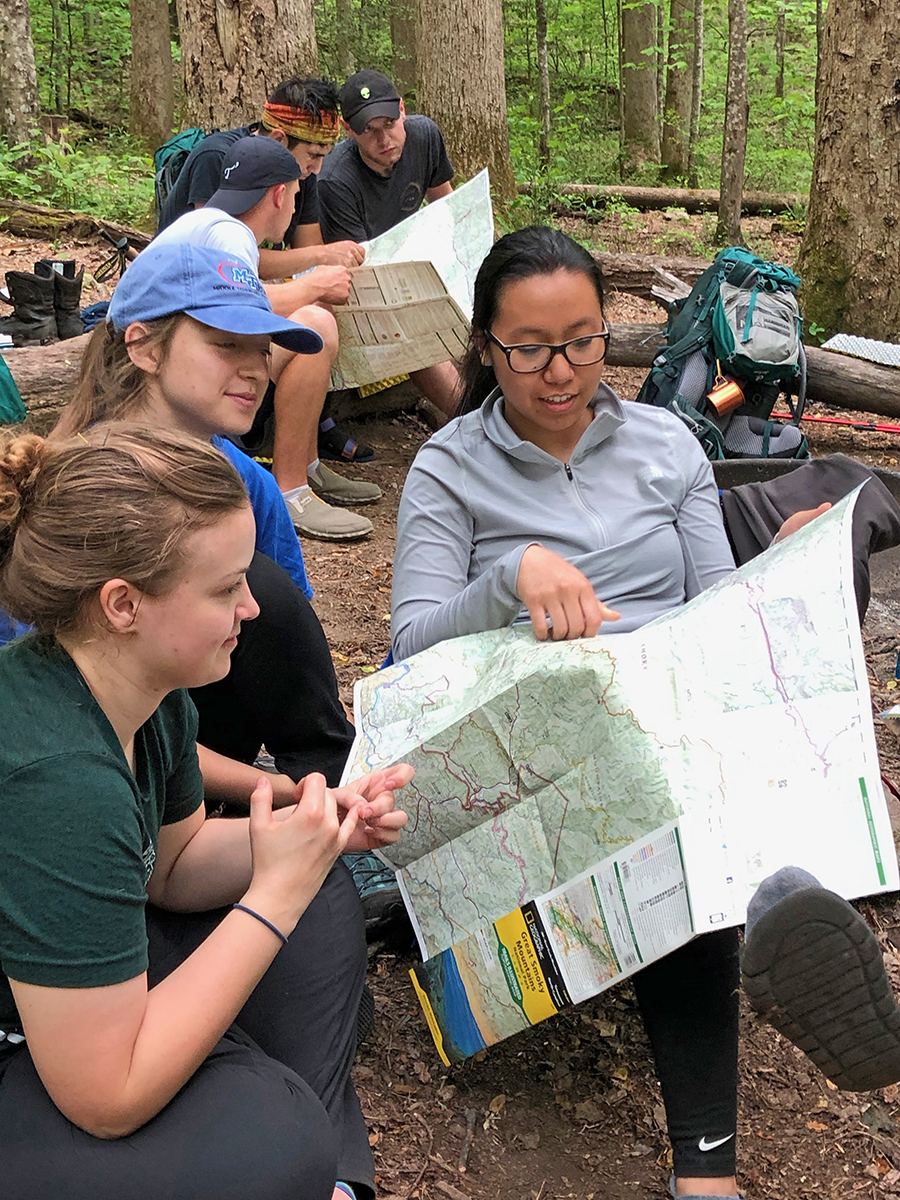 MTSU students use topographic maps to plan an itinerary for future backpacking trips as part of a “SmokyMtnU” class assignment during a finals-week visit to the park, their second trip since March. In foreground are Bekkah Riley, left, Haley Carter and Cyerrah Sengaroun, and in the background are James Beckner, left, Luke Torres and Cody Keck. (Photo submitted by Ashley Morris)