MTSU turns heads with work for.. 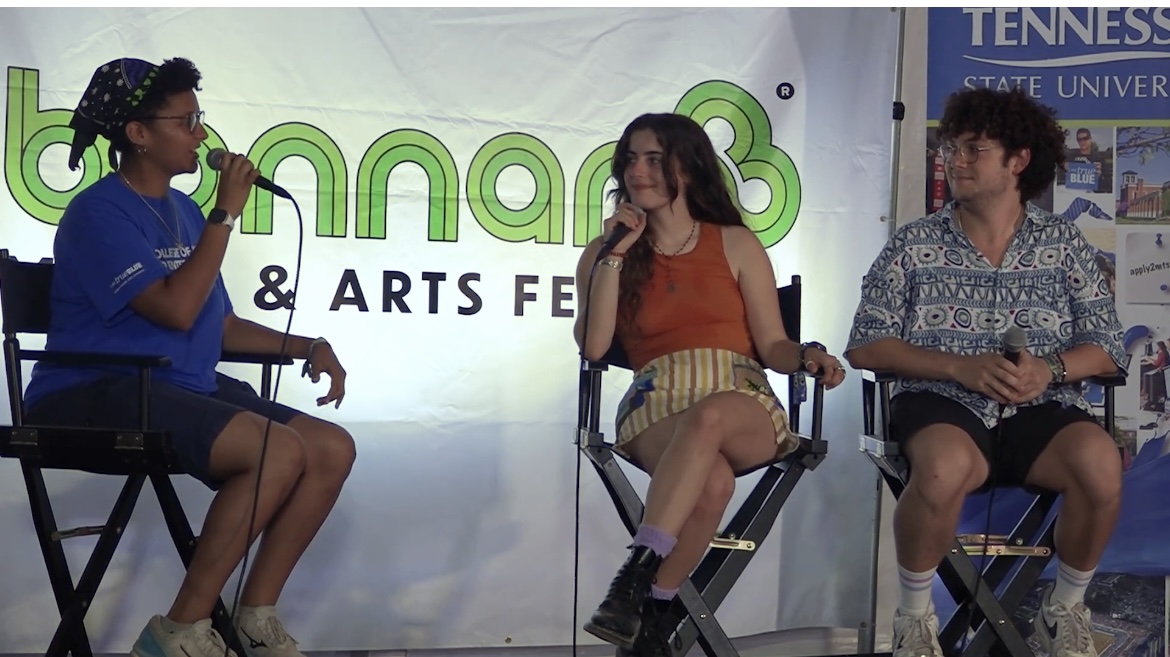 Music business students Cece Coakley and Oscar Dunn sat down for an interview with True Blue TV after their performance at the Who Stage Friday afternoon.

Coakley, 20, performed as the featured artist alongside Dunn, 21, her bassist.

After their Bonnaroo debut, the two were asked how they felt about playing at the festival which had an estimated attendance of 40,000 people this year.

Coakley and Dunn both ventured to MTSU from their hometown Knoxville, Tennessee.

Coakley chose MTSU because of its proximity to home and affordability, and Dunn said when he was looking at music business programs he was “sold” on MTSU’s.

When Coakley was asked about how her time at MTSU has helped her develop a career as an artist, she said, “I think the biggest thing is the people I’ve met. Like Oscar and I met in my first music business class and now he plays bass for me so that’s a super sweet thing we get to share together.”

During the COVID-19 pandemic, she made the leap to become a full-time artist and student.

“Just having the time to write more and post my songs on the internet to see if anybody liked them, and some people were nice and did, so that gave me the confidence to take myself a little more seriously.”

Since coming out of the pandemic, Coakley continues to balance her career and student status by taking all online classes.

“I still do all online classes which definitely helps because you can kind of go at your own pace, but do as much school as I can when I’m free and figure out the rest when I’m busy. That’s kind of the way I’ve been doing it since COVID. So far, so good.”

Coakley also gained traction on the social platform TikTok during the pandemic and has garnered more than 42,000 followers so far.

Her advice to artists hoping for success on the platform? “With TikTok, it’s just kind of posting until something sticks.”

“I did a lot of the groundwork on learning how to write songs and that type of stuff during COVID and would post a bunch, and I think getting in the habit of everyday writing a new song and letting people hear it really helped me decide what I wanted to say and how to say it.”

In addition to her festival debut, she also released her debut EP “Tender” shortly before her Bonnaroo performance Thursday night.

“I feel good, I’m excited. I’ve been working on it for a couple of years now so it’s exciting to kind of just let it go and let it be.”

In regard to what’s next for her, Coakley said, “Trying to get some shows in the works in the fall, but just writing more music right now is kinda the main goal and hopefully coming out with another project.”

Author Liliana Manyara is a junior in the Recording Industry Program in the College of Media and Entertainment.