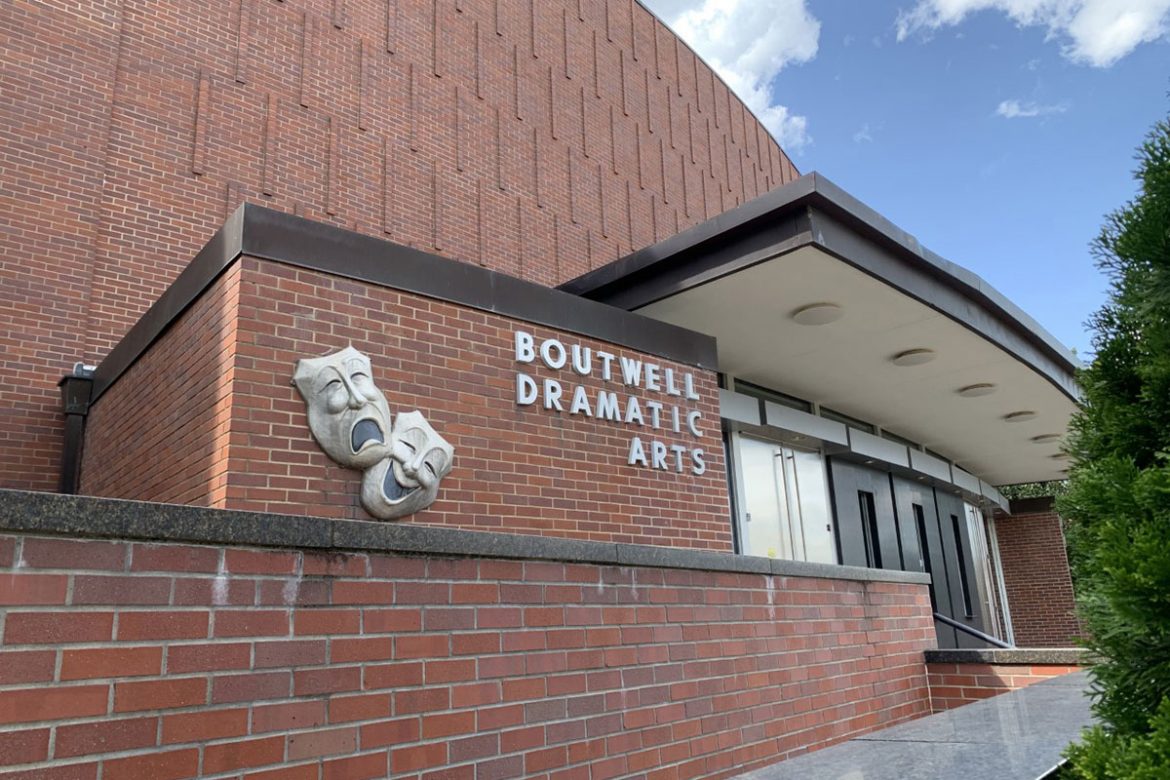 No touching. No uncovered faces. No unnecessary outings. In a post-COVID pandemic, many things once taken for granted are no longer usual. Some industries and their changes have been noticed or felt daily – food service, school functions, and shopping not least among these.

But one of the most affected industries in this pandemic is one that might not occur to those not working in the field – the world of the performing arts. Curious about how it feels to be in such a field during this time, I spoke with MTSU’s Professor David Wilkerson of the Theatre Department to gain some perspective on the adaptations that have come about from necessity.

“I don’t think in March we could have seen where we would be at the beginning of September,” said Wilkerson, who is also a professional actor, director, and fight choreographer.

When the global pandemic first began, stage workers of all varieties had no idea of the fallout that the changing world would have upon their careers of choice.

“I think most theatre people thought, ‘Okay, well, we’re going to be quarantined for a while,’” said Wilkerson. As of September, many of his peers in the professional community are still out hunting for replacement jobs.

He expressed that, for an abundance of reasons, he is fortunate to have a position at MTSU. The University has been an incredibly supportive organization throughout the shifting process of navigating the safe execution of rehearsals and performances. Adjustments, though, have not been simple.

Referencing the definition of theatre laid out by Aristotle thousands of years ago, Professor Wilkerson explained, “You need three things for theatre. You need the people who are performing it, you need the material that they’re performing, but then the third thing you need is an audience. And that’s always been an audience in person.” 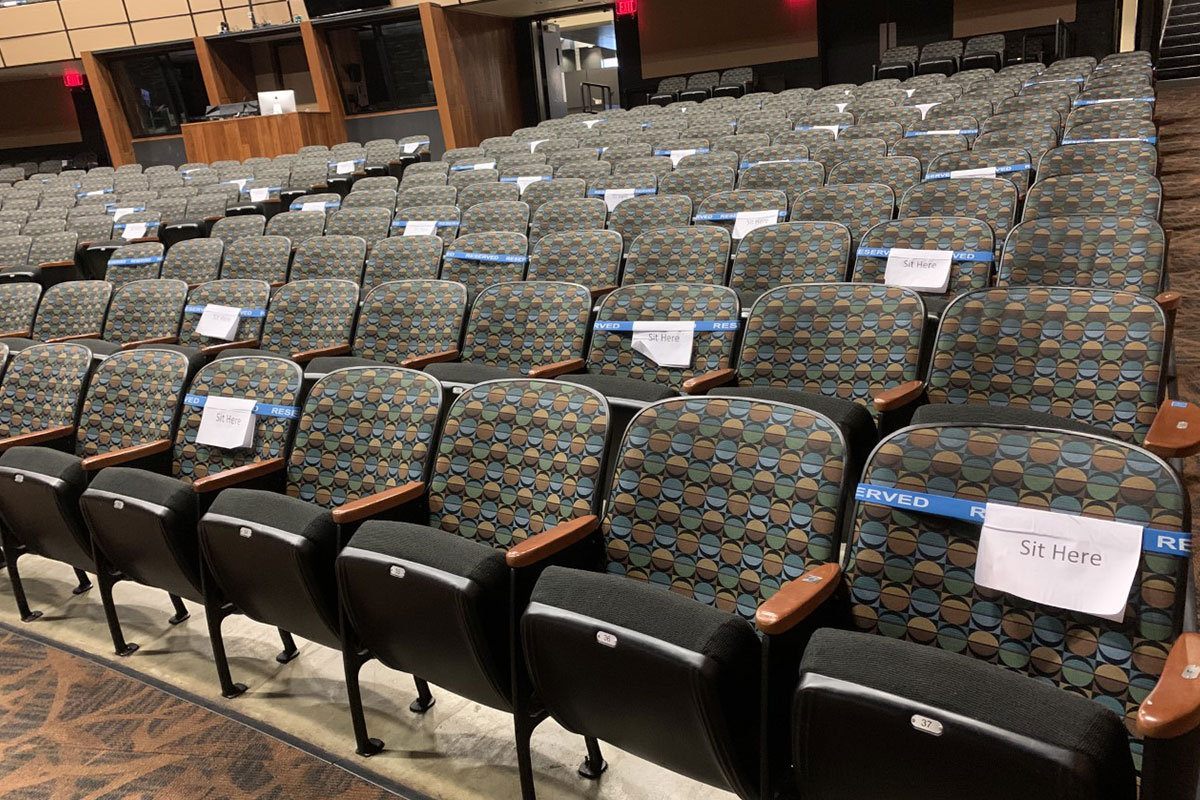 Theatre performances will look different than ever before this semester due to Covid-19. (Photo: Darby McCarthy)

That in-person aspect is what has always differentiated live shows from any other art form. “If you watch a movie 20 times, it’s always going to be the same movie. But theatre is unique each and every time because each performance is going to have a slightly different feel to it,” he continued.

Citing one of the elements of theatre that sets it apart, Professor Wilkerson discussed the “instant feedback loop” that is created when theatre is performed. “When you are on stage performing, the audience gives instant, in-the-moment feedback. They’re either engaged and leaning forward and listening and laughing and gasping, or they’re checked out, bored, falling asleep… but you get that instant feedback. And that’s always been a crucial, crucial part of theatre.”

Other art forms, he pointed out, are not constructed in this way. Paintings are created by artists at a certain time and space and then purchased and enjoyed later by the consumer. Movies are more like paintings in this right, as is recorded music.

However, one of the strengths of those attracted to the arts is the rampant creativity and ingenuity with which problems are tackled. To Wilkerson and his fellow faculty members, this upsetting turn of events doubled as a creative challenge.

“I think that theatre people are really creative, and when they’re faced with a problem or a new set of circumstances, I think we tend to really do a good job of rising to that challenge and creating something really special,” he said. 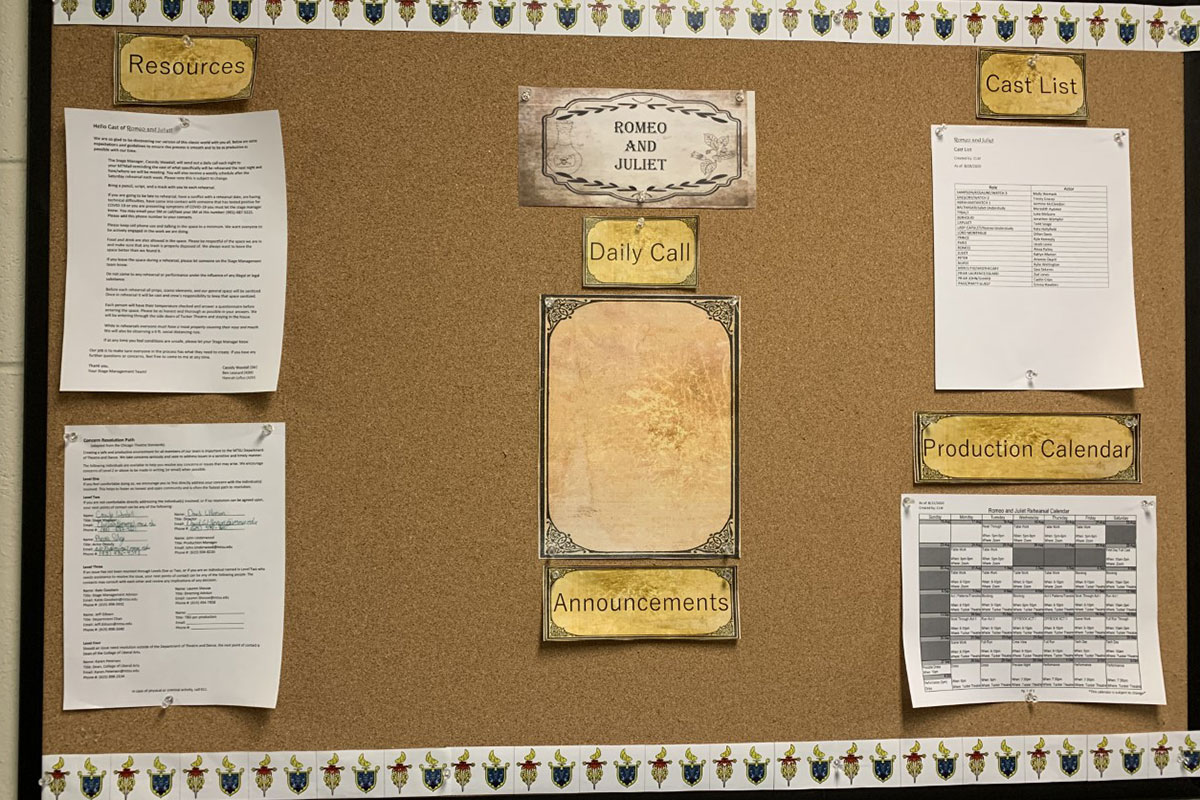 Initially, adjustments to MTSU’s theatrical lineup had to be made once it became clear that the pandemic would not end before the fall semester began. Costlier shows were exchanged for more financially reasonable choices, such as the royalty-free works of Shakespeare. The budget had shrunk – income from renting out theatrical spaces had disappeared in the wake of COVID precautions and necessary safety measures.

“With the pandemic, there’s not groups who are doing in-person meetings, and even if they were… we’re not interested in having them in because they are going to have to stay separate. So, the number of rentals just went down to almost nothing,” Wilkerson explained.

Zoom, among other video messaging services, has emerged as an invaluable tool to the theatrical community throughout this time as well. “All of our production meetings when we were talking about set and costume and lights – they were all on Zoom,” explained Wilkerson. “I had to do auditions all on Zoom, not in-person at all. I had to do callbacks… people were reading scenes together on Zoom,” with actors reading together virtually, but physically distanced within their individual houses.

Once cast, MTSU’s upcoming production, Romeo and Juliet, could not remain purely in the virtual world forever. Eventually, inevitably, the production had to come together for in-person rehearsals.

“We’ve worked all summer trying to make this happen. So many meetings. And so, I think we are absolutely committed to trying to make it work because… being in person for some of it, I think, is helpful for everybody.”

“We asked the University to treat us like they’re doing sports teams, which is helping us have preventative testing. And to their credit they were like, ‘That’s a good idea.’ So… all the cast and all of the crew who’s in rehearsal will be taking weekly tests. And we’re going to be taking temperatures as people come in,” said Wilkerson. He says he is optimistically anxious about all of the new policies, but “looking forward to seeing how it’s all going to work out. It’s totally different.”

During his interview, Wilkerson also teased about the show, “We are holding the strong and fast rule, even during the play – no one will ever get within six feet of each other.”

There will be kissing, dancing, and combat, but he said, “We are having to go away from realism and go for much more symbolism and metaphor, which I love, and I think theatre does really, really well.”

There are still plans for MTSU to have a live audience for its performances, but the seating situation will be unlike ever before. A small number of tickets will be available for current students to experience the show in person for free. More information regarding securing a ticket at the box office or viewing the live stream online will be available soon. Find ticket and livestreaming information here.

Having the option to livestream the show is also providing the potential to experience the show for a longer time, in a wider range of locations. The current idea is that, especially with a Shakespearean show (in which no fees are due for rights to perform), a video of the performance may be uploaded somewhere to be accessed later by those who may have missed it live. It would also allow the actors the opportunity to watch themselves perform.

“I think we actually have an opportunity to reach a wider audience, and not just around Murfreesboro but around the world, potentially, so that’s exciting,” said Wilkerson.

MTSU’s production of Romeo and Juliet will run from October 1 through 4. It is the first production in a lineup of shows already cast for the season. For ticket and livestreaming information, click here. 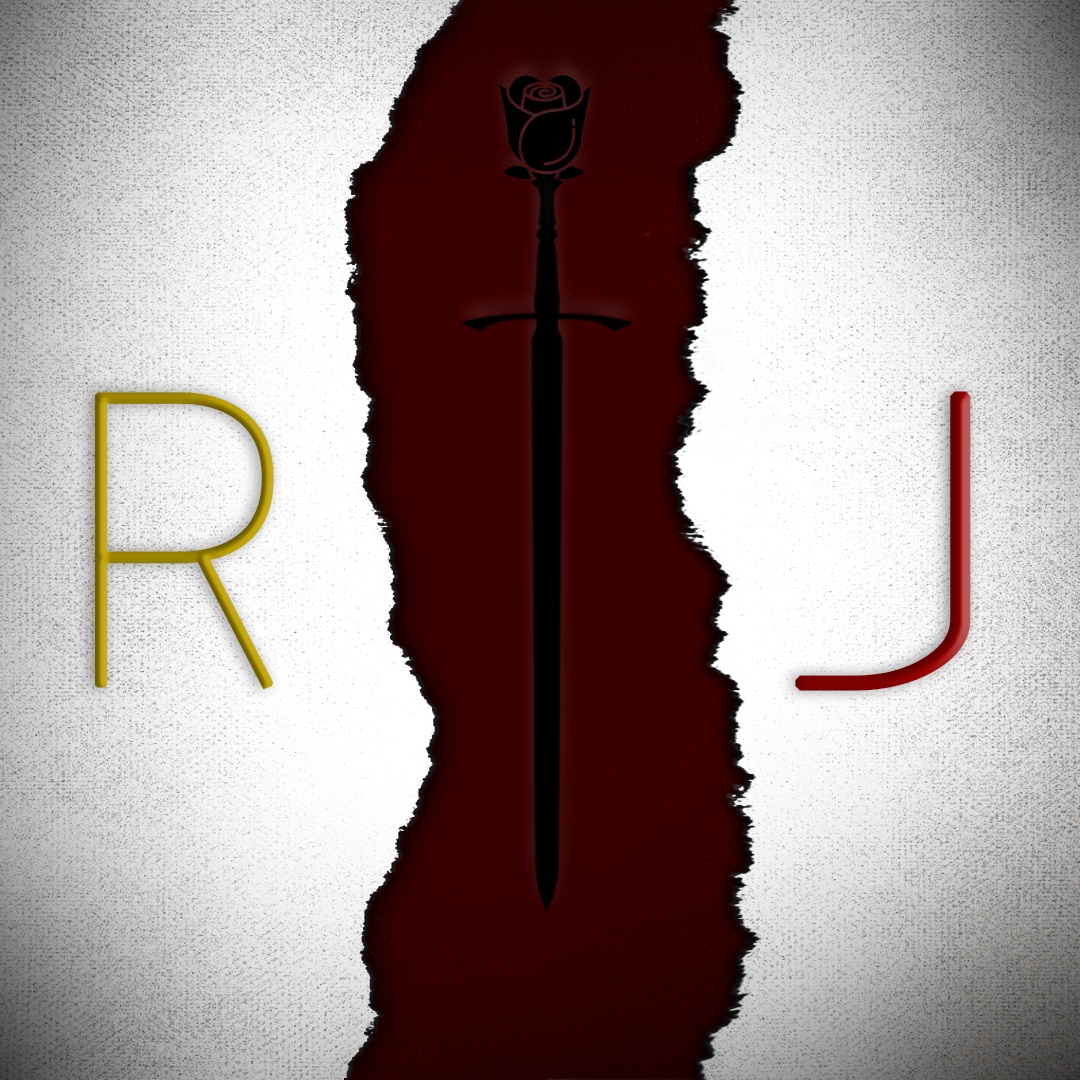 "Romeo and Juliet", COVID-19, Department of Theatre and Dance