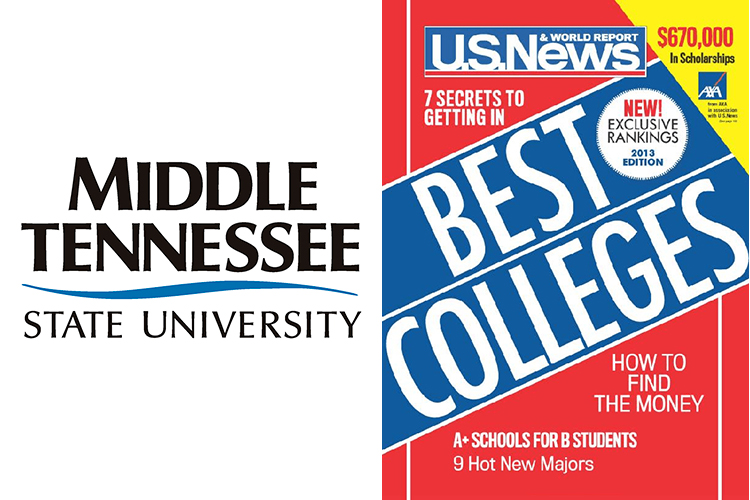 The annual ranking assesses more than 1,500 of the country’s four-year colleges and universities, based on criteria developed by the Carnegie Foundation for the Advancement of Teaching. 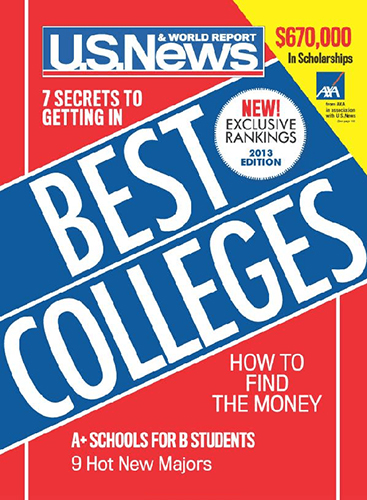 The five Tennessee public universities were among the 281 institutions —173 public, 101 private and seven for-profit — chosen for recognition in the 2013 edition of “U.S. News & World Report Best Colleges.”

“We are pleased that our programs and service to Tennessee have been recognized through the years by several prestigious organizations,” said MTSU President Sidney A. McPhee.

“We are also proud to serve the region and state as a comprehensive university, offering more than 140 undergraduate programs and a wide array of master’s and doctoral degree opportunities.”

The recognition by U.S. News & World Report follows recent accolades from The Princeton Review, which named MTSU one of the best colleges in the Southeast.

The notation in “2013 Best College: Region by Region,” posted on PrincetonReview.com, said MTSU was a “big public college that offers ‘the best bang for your buck.’” It cited the university’s “varied and excellent academic programs,” noting specifically its mass communication, aerospace, recording industry, education and electronic media departments.

“Within their major, students and professors are ‘extremely knowledgeable and very willing to meet with students outside of class,” the review said, based from responses from MTSU undergraduate students.