Springing Back to Life

MTSUNews.com looks back at top stories of 2013 (+VIDEOS) 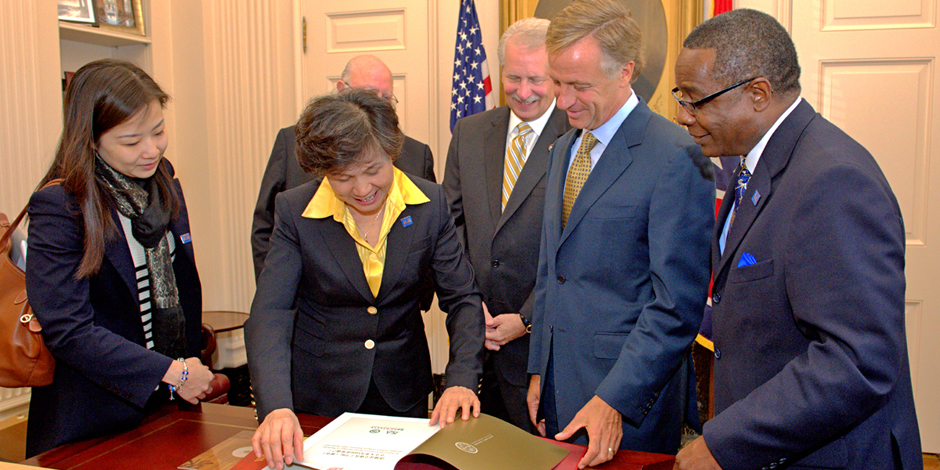 MTSU’s Quest for Student Success, its decision to accelerate its move into Conference USA and a gift by Nobel laureate and alumnus James Buchanan were among the year’s top stories as reported by MTSUNews.com.

MTSU President Sidney A. McPhee, delivering his State of the University address in August, outlined challenges ahead in the 2013-14 academic year and said “nothing is more important than … ensuring our students’ academic success.”

MTSU President Sidney A. McPhee emphasizes a point during his annual address at the 2013 Fall Faculty Meeting in Tucker Theatre on Friday. (MTSU photo by Andy Heidt)

McPhee, speaking at the Fall Faculty Meeting that launches each new academic year at MTSU, said Gov. Bill Haslam has made retention and graduation the top priority of the state’s higher education system.

In October, MTSU unveiled a sweeping set of reforms that its president and provost say will target processes and practices that create barriers to student success.

The Quest for Student Success plan, advanced by Provost Brad Bartel and endorsed by McPhee, calls for the university to identify and rework general core courses with high academic failure rates. It outlines plans to revamp academic advising and develop customized graduation maps for each student.

Here’s a month-by-month list of the top stories from MTSUNews.com: