The Encyclopedia of Reggae 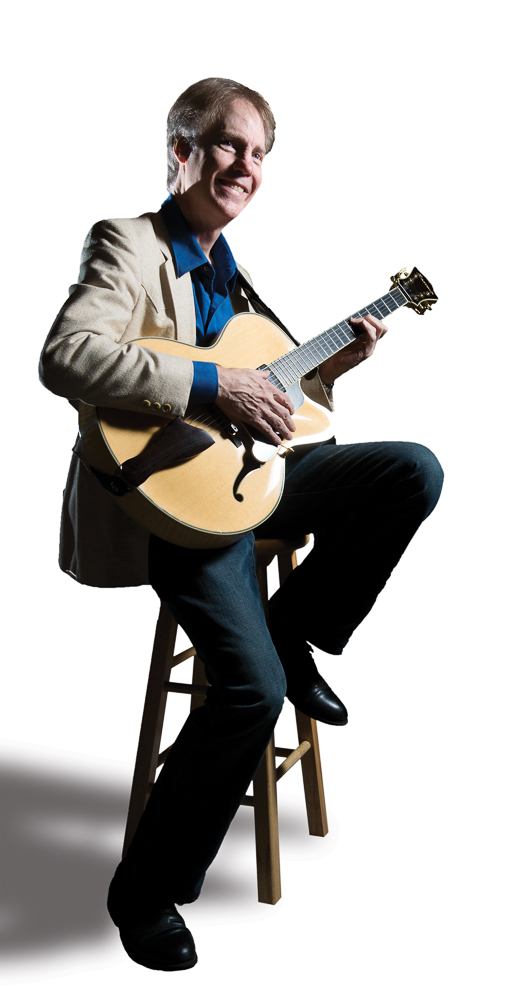 A short drive from Music City U.S.A. is the primary source of new talent for the Music Row business community: MTSU’s Department of Recording Industry, widely regarded as among the finest in the nation. In that department is one of the finest commercial songwriting concentrations in academia, as well. Hugely successful songwriters including Grammy nominee Luke Laird, Eric Paslay (who had three songs rise to number one on the country charts last summer), and Laura Rodgers (of Secret Sisters fame) are among who studied commercial songwriting at MTSU.

How exactly do you teach songwriting?

Isn’t it the case that you’ve either got the talent or you don’t? Let’s just say that the program’s recently hired new leader, esteemed songwriter Rick Carnes, has the professorial elements required to help wannabe songwriters in the tough-to-crack world of commercial songwriting to stop all that dreaming and start living the dream instead. In a city where good songs are a form of currency, such a contribution can be profound.

Carnes has earned 40 platinum albums with songs recorded by Alabama, Steve Wariner, Pam Tillis, Conway Twitty, and Dean Martin. His song “I Can’t Even Get the Blues No More” was Reba McEntire’s first number-one single, and “Long Neck Bottle,” recorded by Garth Brooks, set a Billboard record by entering the charts at number 10.

As president of the Songwriters Guild of America, Carnes is also a leading advocate for songwriters and copyright protection. (He’s the kind of applicant who puts U.S. Senator Orrin Hatch on his list of references for a job.) Carnes is also a vice president of the National Music Council, the organization of music educators, and communications chair of the Music United Coalition. “But the first thing I do when I wake up is work on these classes!” Carnes says.

Long gone are the days when music publishing operations filled houses stuffed with staff writers on Music Row. Now it’s more of an entrepreneurial world for songwriters, according to Carnes.

“You have to find out where you fit in the music business, and that can change day to day,” he says. “First and foremost these days, you have to be able to fix problems. Artists nowadays are more like individual brands, so you have to be a problem solver and address issues like, ‘How do we give this artist a new direction, or reinvent him or her?’

“It used to be that the best song wins. That’s entirely not the business now. Its demographics, pure and simple. It’s ‘Radio is telling us that our artist is stale or sings too many songs about the South. Research tells us we’re losing these segments. We need an answer for how we attract those kinds of people. The artist needs to change their image.’ A great songwriter today is someone who can take the tools of a song—groove, melody, structure, harmony, and lyric—and craft them in such a way it solves these market problems.”

“In my songwriting classes, you learn a conscious process to do things like artist reinvention or project writing. So you learn the difference between bossa nova and Latin hip hop, so you can write that type of song for a film or TV placement if that’s what is needed today. Because today a project may need a rock ’n’ roll song circa 1956. You’ve got to be able—within 24 hours—to turn that around. And you can’t do that unless you have a conscious process for analyzing that music and reproducing it. That’s what songwriters of today need—a toolkit of skills that they can apply to a vast set of problems. And that’s what I’m teaching in my classes.”

The Teaching Moment Carnes caught the bug for teaching as a guest lecturer at MTSU on the topic of copyright. After one class, a student gave him a CD of her songs and asked if he would listen to them. He agreed and said goodbye. A few weeks later while cleaning up his office, he saw the CD and guilt compelled him to listen.

“Every song on it was good, and two were great,” Carnes says. “I realized right there and then she was going to be a successful songwriter.”

Carnes called the student and agreed to help her network in Nashville music circles, but on one condition—that she follow through and get her degree. She did. It was Erin Enderlin (’04), who has since written a top-five song for country megastar Alan Jackson called “Monday Morning Church.”

Carnes uses the story as an example of his belief that MTSU students are by far the best and brightest anywhere when it comes to budding music talent. Another example he cites is how, as president of the Songwriters’ Guild of America, he often hires MTSU interns to help with the work—only to find that he can’t live without them.

“The only ones I’ve ever hired were the MTSU grads,” he says. “Others might come in and know what they were doing and understand the music business, but they didn’t have the work ethic.”

There are many other proprietors in the Nashville business community who would echo those sentiments. Carnes describes MTSU as “literally, a music business feeder school—the feeder school right now.” He adds, “I would send my child here first before any other school simply because I would know she’s not just getting the artistic education but the practical knowledge that applies in a real-world setting. When I went to music school, the idea was to let in as many people as possible—that supports the department—flunk most of them out and graduate 10 to 15 people each year.

You come to this school, and they are really focused on your success. And the kids respond with a work ethic that you don’t see at other schools.”

Carnes has been lobbying for songwriter copyright rights in the nation’s capital since pre-Napster days. He regularly sits down with music company CEOs to discuss the future of the industry. Interestingly, he sees opportunity in the music business right now.

“We are kind of bouncing along the bottom right now,” he says. “We can have a viable business again, but we have to think smarter, invest money smarter, and solve problems in ways that don’t include just throwing dollars at them.

“If you come out of MTSU, and you have an understanding of entrepreneurship, marketing, promotions, and management—that’s what you need. The term music business has far too often been an oxymoron. But at MTSU, they actually understand how they relate. These students are the kinds of people that are going to walk out into that industry now bouncing along at 50 percent of what it once was and find ways to turn that around. If you think about it, rock bottom can be good solid ground on which to stand!”