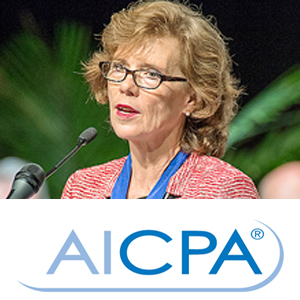 Thomas was among 41 recipients to receive the award during the group’s fall meeting in Hawaii. The award recognizes members of the institute “who have contributed measurably to the AICPA and the CPA profession through their volunteer service,” according to an institute release.

All of the recipients have served on an institute volunteer group for 20 or more years and have served at least once as a chair of an AICPA committee, task force or resource panel.

“The AICPA congratulates all of the recipients of this year’s Sustained Contribution Award,” said Kathy Johnson, CPA, a member of the AICPA’s award committee. “The work they’ve done in volunteer leadership roles at the AICPA has strengthened the profession.”

Thomas has spent more than 30 years molding future accountants as a member of the Jennings A. Jones College of Business faculty and was honored as the 13th recipient of the Career Achievement Award in 2014.

Founded in 1887, the AICPA represents the CPA profession nationally regarding rulemaking and standards, and serves as an advocate before legislative bodies, public interest groups and other professional organizations. For more information, visit http://www.aicpa.org.