MTSU National Alumni Board president: ‘We still have more work to do’ 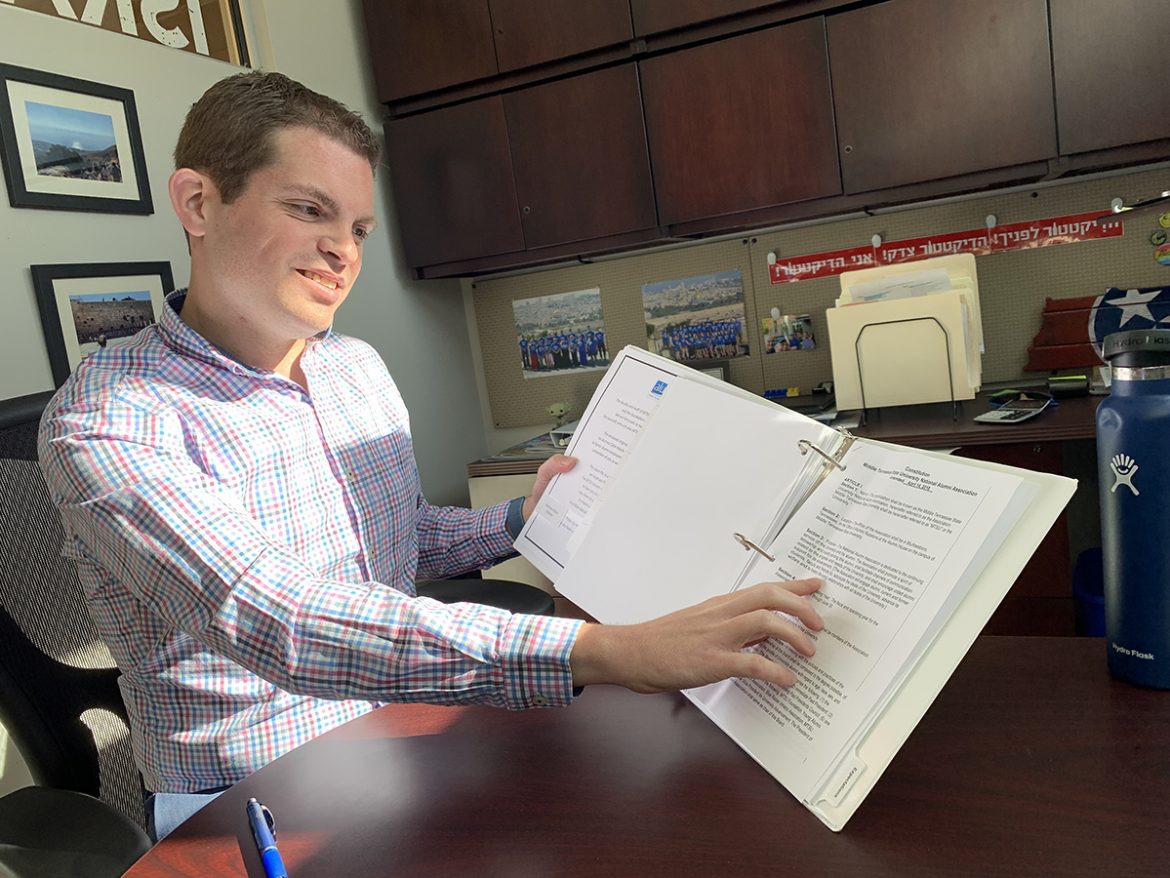 Even from nearly 500 miles away a few years ago, an extremely proud, young MTSU alumnus envisioned a great future for his university’s National Alumni Association.

Matthew Hibdon imagined a cohesive, diverse board he became a part of while working for Omicron Delta Kappa in Lexington, Virginia, only to eventually return to work again at his alma mater. 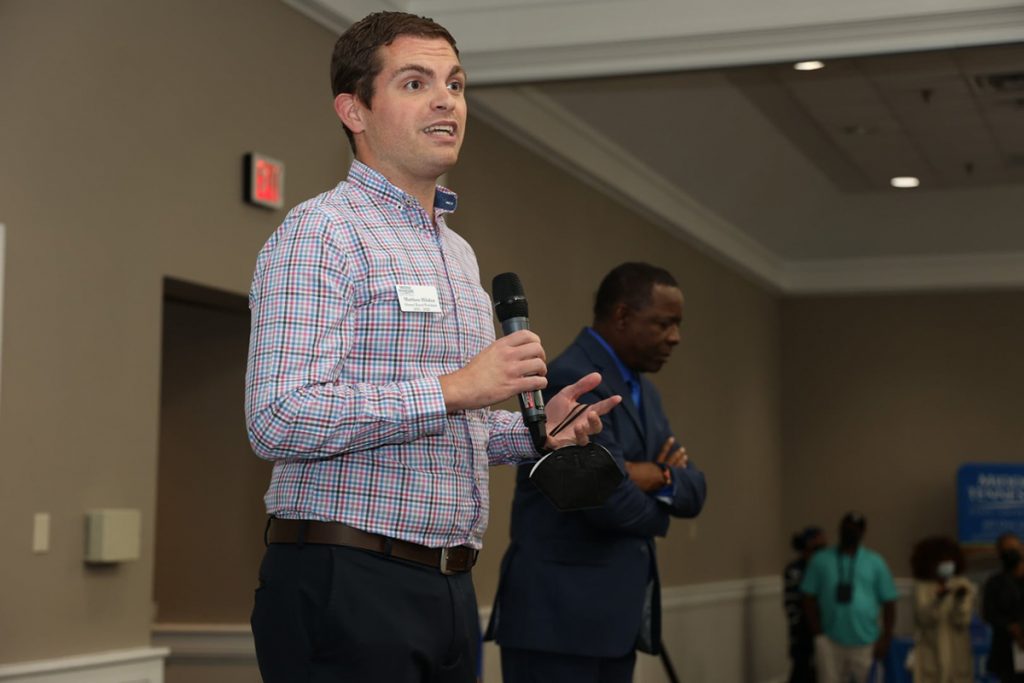 Now president of the MTSU board, Hibdon, originally from McMinnville and now living in Murfreesboro, calls it “the most representative board in the Alumni Association’s history — and we still have more work to do.”

“Our board should always be reflective of our alumni and current students,” said Hibdon, who earned bachelor’s (history) and master’s degrees (education/administration supervision) and is strategic communications manager in the College of Liberal Arts.

“This Board has alumni from every decade between the 1960s and now,” he added. “We have the most geographically diverse board and representation of our LGBT+ alumni. And we have members who hold degrees from all but one of our academic colleges.

“Look around the room. Who is not at the table with us? As we continue to strategically shape the future of the Alumni Association Board, we must continue to ask this question. There is more to accomplish, and we must do it together.”

Office of Alumni Relations Director Ginger Freeman said the board “has made great strides in assuring that the breadth of our alumni population is represented. From members that are recent grads to those that have celebrated their status as Golden Raiders (50 or more years since graduation), we have tried to recognize the various eras of our alumni on the board.” 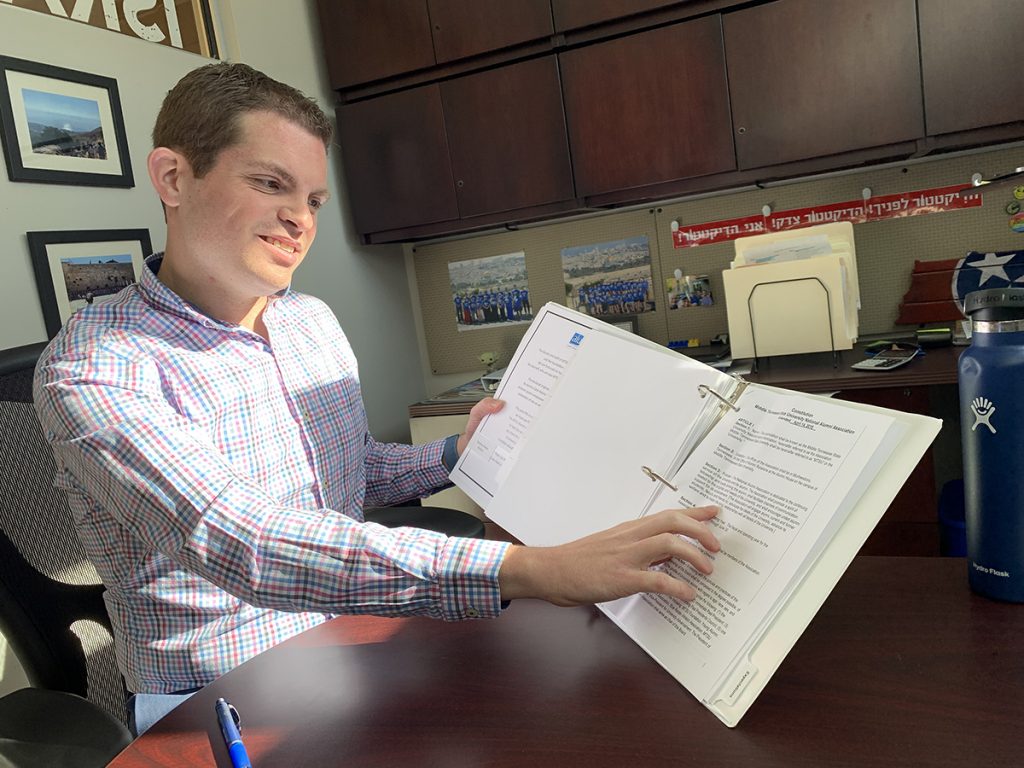 In his Todd Hall office, Matthew Hibdon reviews some of the MTSU National Alumni Association Board’s constitution. He is the 2021-22 board president. (MTSU photo by Randy Weiler)

Six decades of Blue Raiders on the board

There are 25 board members from a cross-section of majors and fields of study. Twenty are from Tennessee; five are from out of state. Six decades of Blue Raiders — from the 1960s to the 2010s — represent MTSU’s more than 140,000 alumni worldwide, Hibdon noted, adding some are strategically located in cities where the university’s annual True Blue Tour to recruit prospective students visits every fall.

Hibdon, Vice President Michael Hogan (Class of 1993) and other board members were invited by MTSU President Sidney A. McPhee to share remarks at tour events.

Murfreesboro resident Hogan (’93) told the Franklin audience he had “a great MTSU experience that was a springboard for life.” He is director of driver services with the Tennessee Department of Safety and Homeland Security. His degree was in economics and finance from the Jones College of Business and he is in his second term on the Alumni Board.

He concluded his Golden Raiders message by thanking them “for all the little and big things you did to contribute to campus as students and that you do for your communities, families and professions as alumni. Thank you for continuing to make MTSU an important part of your life.”

A true love for MTSU

Hibdon has a true passion for his alma mater. It began when he first visited the campus during middle school for a regional National History Day competition and various repeat visits for 4-H events in high school. His love for the campus continued as a student and grew more after leaving to work in Virginia and his hometown. A College of Liberal Arts position allowed him the opportunity to “return home” to MTSU. He embraced the new challenge, plus that of serving on the board.

“I owe so much to the people at MTSU who have positively impacted my life since the first time I stepped on campus 20 years ago,” Hibdon said. “The high-quality experiences students have inside and outside the classroom are only matched by the excellent people in our True Blue community.”

During the first Alumni Board meeting of his presidency, Hibdon said, “We all have a story to tell about how MTSU changed our lives. I look forward to hearing each of yours and working together to advance the mission of our alma mater.” 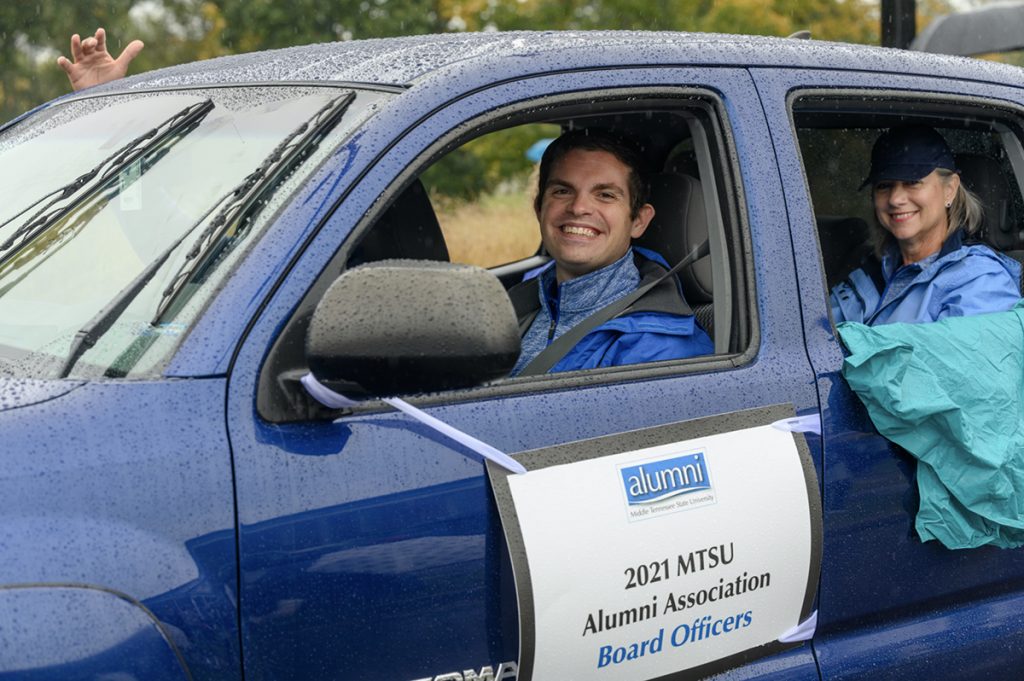 Carrying on a ‘legacy’

Hibdon and his fellow board members continue with the tradition of the Alumni Legacy Scholarship. Every year, 10 to 15 returning students receive the scholarship valued at $500 for one semester or $1,000 (fall and spring semesters), and can re-apply.

Alumni Legacy Scholarship applications are due Feb. 15, and more information can be found at www.mtalumni.com www.mtsualumni.com.