In the News: Pandemics, school..

While the COVID-19 pandemic has led to the cancellation or modification of numerous in-person events during the past several months, the upheaval it’s caused within academia and elsewhere opened a door for a motivated group of students from MTSU’s Jones College of Business to participate in a national competition.

For the first time, Middle Tennessee State University is fielding a team in the National College Fed Challenge, a team competition sponsored by the Federal Reserve for undergraduate students requiring the teams to analyze economic and financial conditions and formulate a monetary policy recommendation.

Normally, teams would make their presentations in person at sites throughout the country, but such in-person events are prohibited due to coronavirus concerns. So this year’s competition moved to a virtual format, which allowed schools outside the normal participating Fed Challenge districts, like MTSU, to compete in a newly created “at-large” new region.

MTSU economics professor Stuart Fowler joined forces with fellow professor Anne Anderson, Weatherford Chair of Finance, to put together a team of capable students and co-teach a Finance Competition and Challenge class for fall semester to shepherd them through the process, Zoom meetings and only two days of in-person interaction due to COVID.

“One of the benefits of co-teaching it is that there is a lot of moving parts in this class … I feel like it really took two faculty members to set all of that up and get that going,” said Fowler, noting that this was his first co-taught course during his two decades at MTSU.

Anderson explained that the Atlanta region of the Fed, which includes MTSU, didn’t offer colleges and universities the opportunity to participate in the competition before this year, “but we’re hoping the Fed will see the benefit of offering this opportunity to schools outside and will continue to do so.”

But for the Fed Challenge, MTSU had the disadvantage of never having participated in the competition previously and, after only learning of being eligible in July, had a short time window to develop course and select students. Fowler and Anderson reached out to colleagues within their department to identify promising students who would be interested in committing to the competition and course. 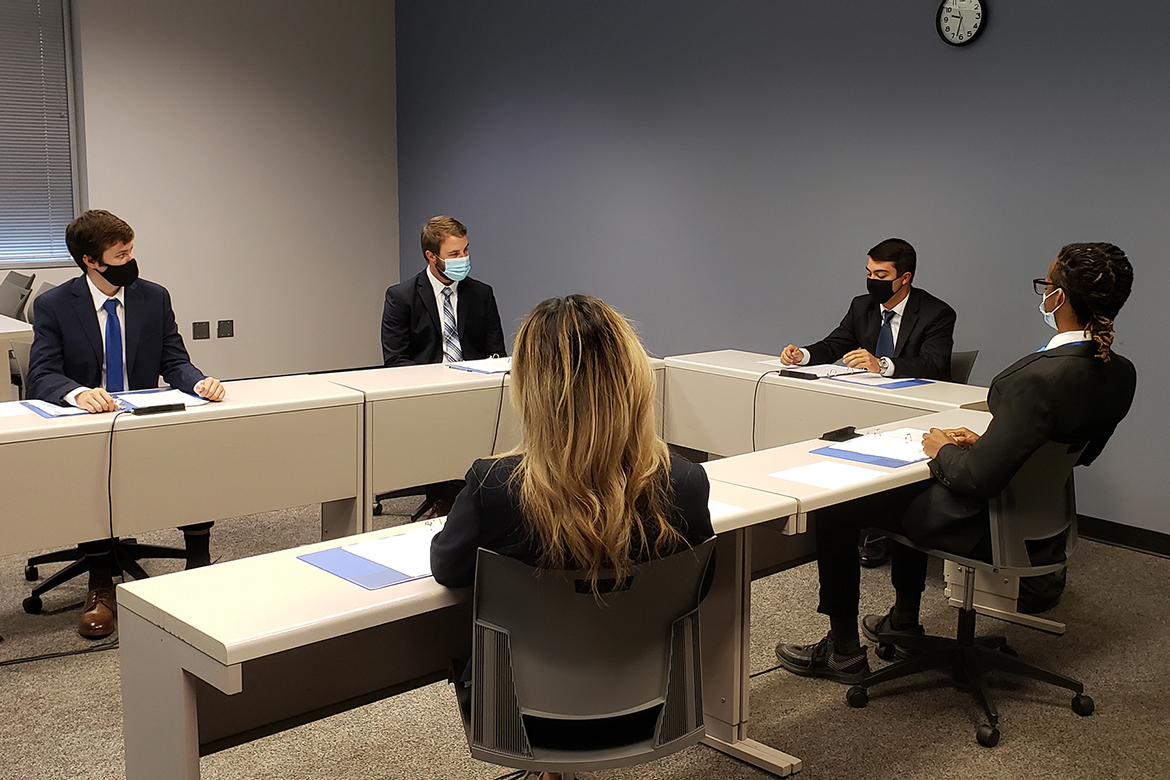 The team recently wrapped up taping of their 15-minute video presentation — “Monetary Policy Amidst Uncertainly and Inequality during the COVID-19 Pandemic” — with the help of specialists from the university’s Audio Visual Services in the Center for Educational Media who used multiple cameras to guide the six-member team through their script inside a classroom on the third floor of the Business and Aerospace Building.

The professors gave students examples of past presentations to determine how they wanted to format their pitch, with members deciding for a more conversational approach with members seated around a conference table and taking turns sharing a summary of their analysis with the other team members supported by PowerPoint slides of key data points.

The group had to use a room large enough to allow for proper social distancing and masking continues to be required inside all buildings across campus. Their presentation was shipped off to the competition judges at Federal Reserve, which serves as the central bank of the U.S. and helps shapes the nation’s monetary policy.

Judges will then narrow the field by choosing teams for a follow-up Q-and-A via Zoom with representatives from the Fed.

Fowler said the Finance Competition and Challenge class was started about three years ago to provide upper level students, generally juniors and seniors, “with a practical experiential learning opportunity where they can apply what they’ve learned in class and apply it in a competitive environment.”

He and Anderson were able to serve different roles in guiding the Fed Challenge team, with Fowler supplying background information and theory while Anderson helped the team think about how to apply that theory to today’s situation.

Following their recent taping, team members reflected on the benefits of participating in such a competitive economics course in which they explored jobless rates, PPP loans, inflation and interest rates and a flood of stats and charts to develop a policy recommendation that faced scrutiny from economic experts. 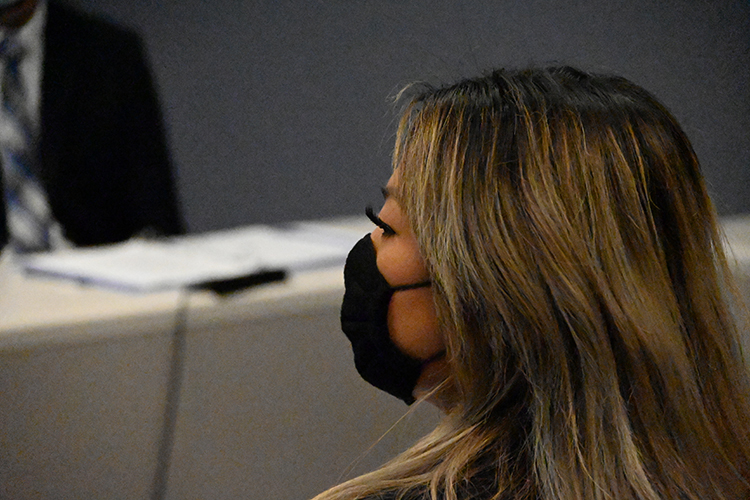 MTSU senior Emma Praskach, an economics major from upstate New York, prepares to film a team presentation Oct. 5, 2020, inside the Business and Aerospace Building. Praskach is part of a six-member team from the Jones College of Business representing MTSU in the National College Fed Challenge. The presentation, in which the student team made policy recommendations about the current economy, was submitted to representatives with the Federal Reserve for judging. (MTSU photo by Jimmy Hart)

Praskach, whose part of the project involved analysis of monetary policy and financial conditions in today’s climate, said she’d never participated in a competition course and found the experience well worth it in the end.

“It’s been a great opportunity to learn more about our financial policies in place, especially with such unconventional times happening,” she said. “And it’s been great working in a team, being able to build those skills in order to create this whole presentation. I feel like any career field that I find, teamwork is going to be a crucial part of it, so being able to have that practice now, working with these guys, it’s been very helpful.”

Tackling unemployment and labor analysis, Smith enjoyed the real-world nature of the competition since it involved current and ever-changing economic events.

“A lot of classes give you some hypotheticals, but this gave me real-world practice and I really think that helped me boost a lot of my skills,” said Smith, who plans to move to Arizona following graduation in December to pursue a graduate degree in economics or finance at Arizona State University.

“I think this has helped me take a better look at the economy and have a better understanding of it,” he said. “Currently, I have an internship at Capital Financial Group and I’m thinking about going into a career in financial planning.”

Chandler noted that working as a team almost solely in a virtual environment did pose challenges and “made it harder than it probably would have been otherwise, but teamwork was probably the biggest thing I got out of it. Working within a group to produce one things was probably the most beneficial.”

For Stagner, who was responsible for gathering information about COVID-19, “compressing the large amounts of information into a relatively short presentation was difficult,” he said, adding that the hardest part was “the pressure” of recording their presentation on camera.

Although not shown on camera as the alternate, Thurman played a large role in the presentation as the primary editor of the team’s PowerPoint as well as showing the appropriate slides on screen to sync up with each team member’s videotaped remarks.

“This class has opened up my eyes a little bit. I think that economics forecasting would be a really good career path, but I’m also toying with the idea of maybe going to law school for something like bankruptcy,” he said.

Both Anderson and Fowler said they were pleased to see the growth from team members as they engaged with each other, mostly virtually, but also in their brief face-to-face interactions as they

“I can’t even begin to describe the growth in them just as they got more into the project … the maturity level and the confidence level,” Anderson said. “I would say that if every student could do this, it would be hugely beneficial. It’s a great confidence builder, especially if you’re getting ready to go into the job market.”