Heavenly music comes down to e.. 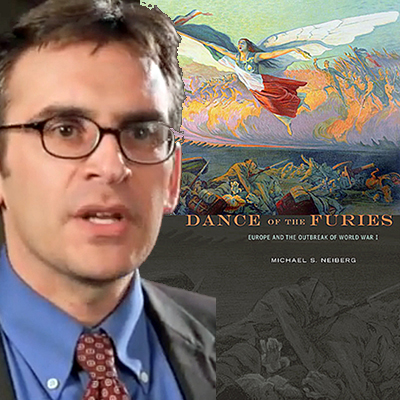 The conversation focused on the 100th anniversary of the start of World War I and the conflict’s continuing impact on 21st century geopolitics in a recent edition of the “MTSU On the Record” radio program.

Host Gina Logue’s interview with Dr. Michael S. Neiberg first aired Nov. 3 on WMOT-FM (89.5 and www.wmot.org ). You can listen to their conversation here.

Neiberg will present this year’s Strickland Lecture in history, “Demolishing the Myths and Half-Truths of 1914: Why We Must Do Better in 2014,” at 6:30 p.m. Monday, Nov. 10, in the State Farm Lecture Hall of the Business and Aerospace Building.

The author of “Dance of the Furies: Europe and the Outbreak of World War I,” Neiberg is a professor of history in the Department of National Security and Strategy at the U.S. Army War College in Carlisle, Pennsylvania.