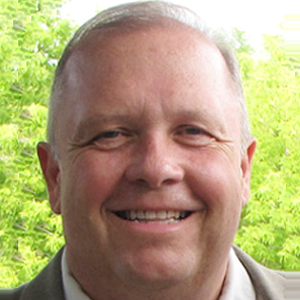 Fischer joins MTSU from the University of Alabama at Birmingham, where he is professor of biology and has served as biology-department chair since 2008.

The Tennessee Board of Regents recently approved MTSU President Sidney A. McPhee and Bartel’s recommendation of Fischer for the position.

“This was an exhaustive nationwide search to fill the College of Basic and Applied Sciences’ dean position,” Bartel said. “Five finalists were brought to campus. Dr. Fischer has exemplary qualifications at a major research institution that will aid him as he shapes CBAS for the future, especially with our new Science Building. We look forward to his arrival at MTSU.”

Construction began last month on the 250,000-square-foot, $147 million structure, which, barring delays, is scheduled to open in spring 2015.

Before coming to UAB, Fischer was a faculty member and associate chair in the biological sciences department at Eastern Illinois University. He earned his doctorate from the University of South Carolina, a Master of Arts degree from State University College at Buffalo, N.Y., and a bachelor’s degree from Syracuse University.

In addition to his field and lab research, Fischer held numerous undergraduate- and graduate-level research positions and supervised graduate research by 36 students since 1994. His teaching experience also includes stints at the University of South Carolina at Aiken and at State University College at Buffalo.

Fischer made more than 90 professional presentations between 1983 and 2011 and 40 published works and other manuscripts either in review or in preparation. The new dean has helped obtain 55 grants totaling more than $2 million during his academic career.

Fischer will replace Dr. Tom Cheatham, who is stepping down after 11 years as dean. Cheatham will become the director of the Tennessee Mathematics, Science and Technology Education Center July 1 and continue serving as dean through July 31.

“I want to thank the CBAS Dean Search Committee for all of their diligent work during the academic year,” Bartel wrote in an email sent to faculty about Fischer’s hiring. “Finally, we all share a large debt of gratitude to Tom Cheatham for his superior tenure as dean of the College of Basic and Applied Sciences.”

The College of Basic and Applied Sciences houses 10 departments—aerospace, the School of Agribusiness and Agriscience, biology, chemistry, computer science, Concrete Industry Management, engineering technology, mathematical sciences, military science, and physics and astronomy—and one interdisciplinary program in environmental science and technology. It boasts 5,123 majors as of fall 2012 and 202 faculty members.