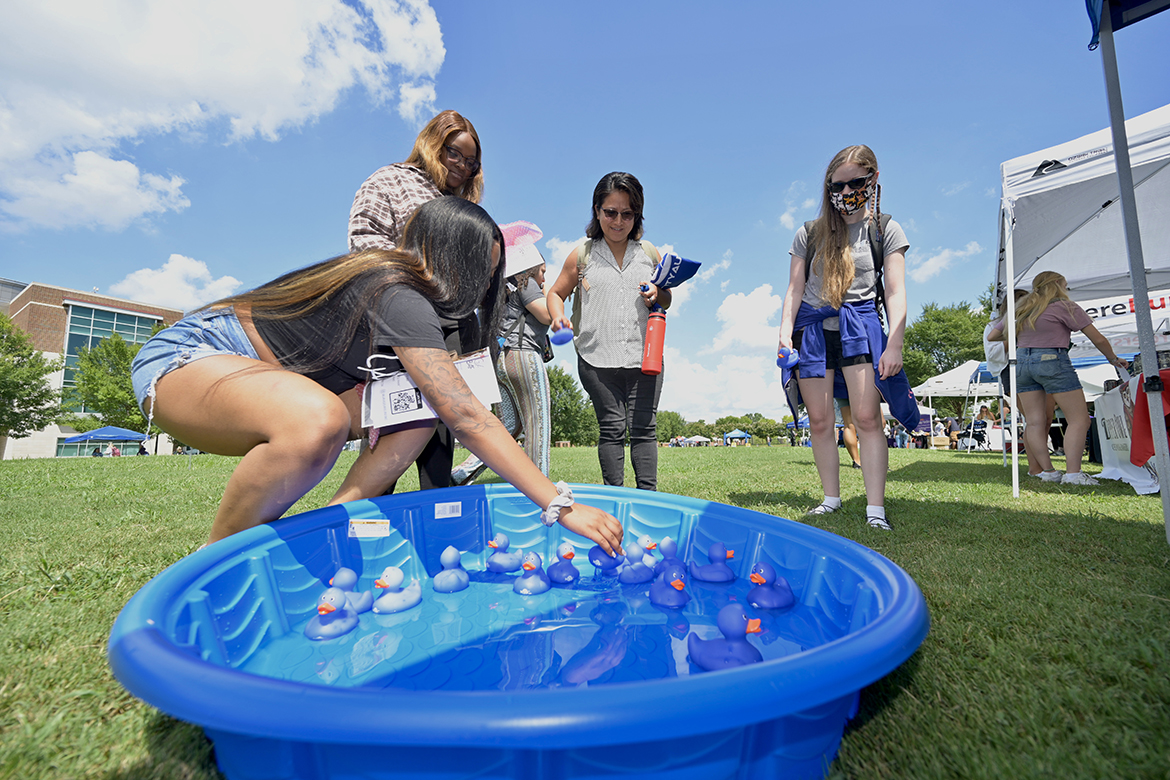 Hundreds of students will learn about local businesses, churches, restaurants and more during the event known as Meet Murfreesboro.

Meet Murfreesboro is an annual two-day session where MTSU students, faculty and staff can learn more about Murfreesboro-area businesses. Day 2 will be from 10 a.m. to 2 p.m. Wednesday, Aug. 24.

“It means the world to us,” said Kristy Davis, an MTSU alumna and co-owner of Donut Country with her husband, Bo Davis, talking about the importance of the partnership.

“So many people locally come to MTSU that have had Donut Country doughnuts for years, then you have all of the people that have come from other places who don’t know about Donut Country, so it’s fun to introduce our doughnuts and ourselves to them.”

“I really like it (Meet Murfreesboro),” said Alma Spivey, a junior business administration major from Murfreesboro. “It gives us the opportunity to meet a lot of places in Murfreesboro, like new businesses. Some of them told me about job opportunities. I think it’s a great idea.”

Anterio Booker, 20, an MTSU freshman from Memphis, Tennessee, who is undecided on a major and a 2020 Siegel High School graduate, called Meet Murfreesboro “a great experience, especially if you are looking for jobs. Every section is hiring and they are giving you useful information that you need and also giving out free things. Who wouldn’t like free things?

Organized by the Office of New Student and Family Programs, Meet Murfreesboro is a Connection Point activity, helping new MTSU students get connected and engaged in the campus community.