Caleb Watts and Christina Sayaboun came to MTSU for different reasons, but both have drawn the same conclusion: They want to pursue military careers, starting with opportunities with the MTSU Military Science Department.

Watts, 22, and Sayaboun, 19, are among a diverse group of five newly contracted ROTC cadets, who passed their physical training exercise and took the Army oath as they were sworn in Thursday, Aug. 27, by U.S. Army Lt. Col. Carrick McCarthy in a brief ceremony outside Forrest Hall on campus. 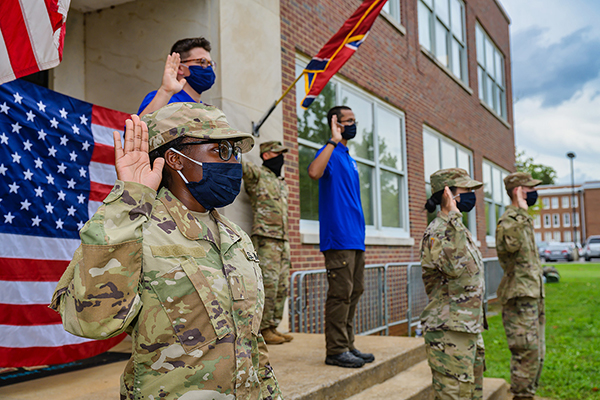 Cadet Wilnie FanFan, front left, recites the Army oath as she and four others are sworn in as an contracted ROTC cadet Thursday, Aug. 27, outside Forrest Hall. Others reciting the oath include Christina Sayaboun, second from left, and Seth Pilgrim; and Caleb Watts, back row left, and Sebastian Kernisant. (MTSU photo by Andy Heidt)

Along with returning cadets and military science faculty, McCarthy welcomed the newest members of the program.

The other cadets include: 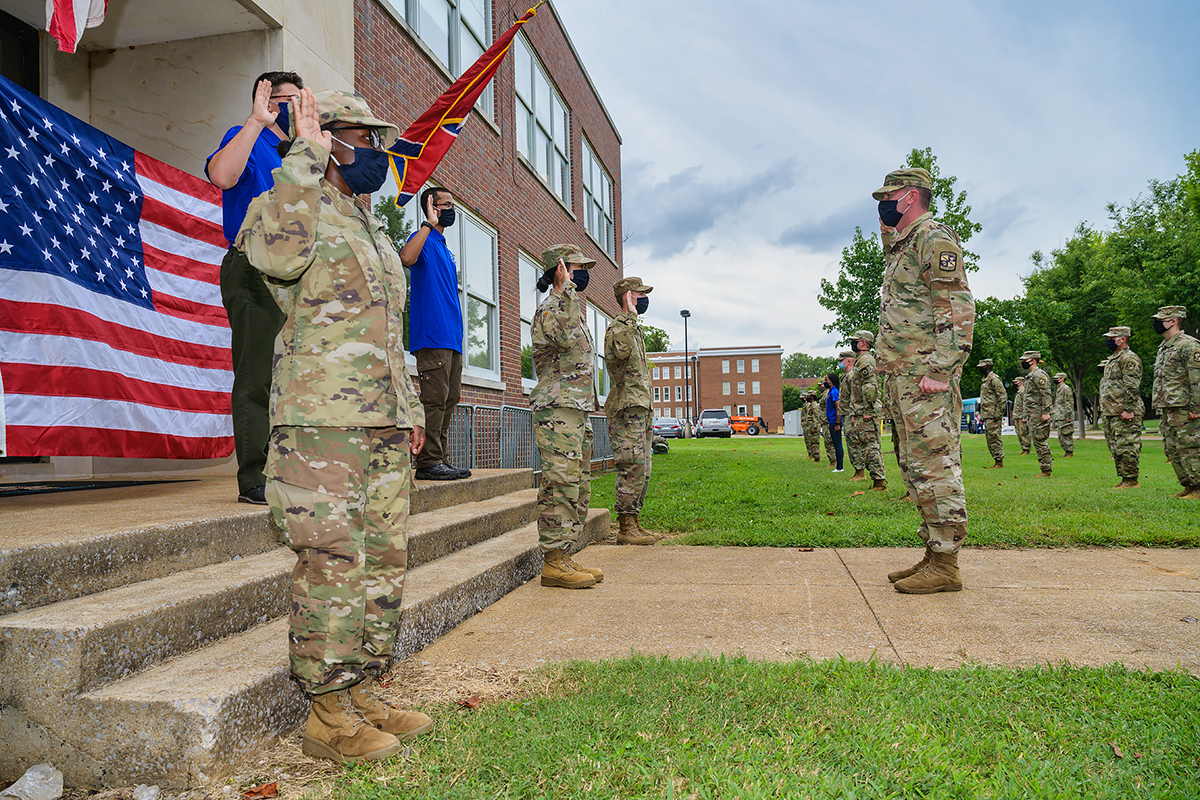 Watts, a Milwaukee, Wisconsin, native who moved with his family to Murfreesboro from Salem, Missouri, for his senior year at Siegel High School, recently graduated with a bachelor’s degree in economics from the Jones College of Business and a minor in mathematics from the College of Basic and Applied Sciences.

“MTSU has a really good (ROTC) program. They are well equipped to generate second lieutenants,” said Watts, who plans to leave with that rank in two years and earn a master’s degree in economics. Eventually, he will pursue his doctorate, spend four years in the Army and then become a reservist.

Considering the paperwork, physical test and oath, Watts said it “feels good to finally commit to something like that, finally get it under my belt and now do the best I can.”

In addition to 18 hours as a graduate student, he works two jobs — as a student researcher in the Business and Economic Research Center on campus and at JB&B Capital’s Franklin, Tennessee, office. He also has a fellowship with the Political Economy Research Institute on campus. As an undergraduate, he spent time with the University Honors College.

Sayaboun said it was “satisfying to get everything (paperwork) done. It means I’m committed to the program and everything will be taken more seriously. … After the ceremony, reality hit me. My leadership ability has been lacking (in the past), but I’m prepared for what I will have to do in the program.” 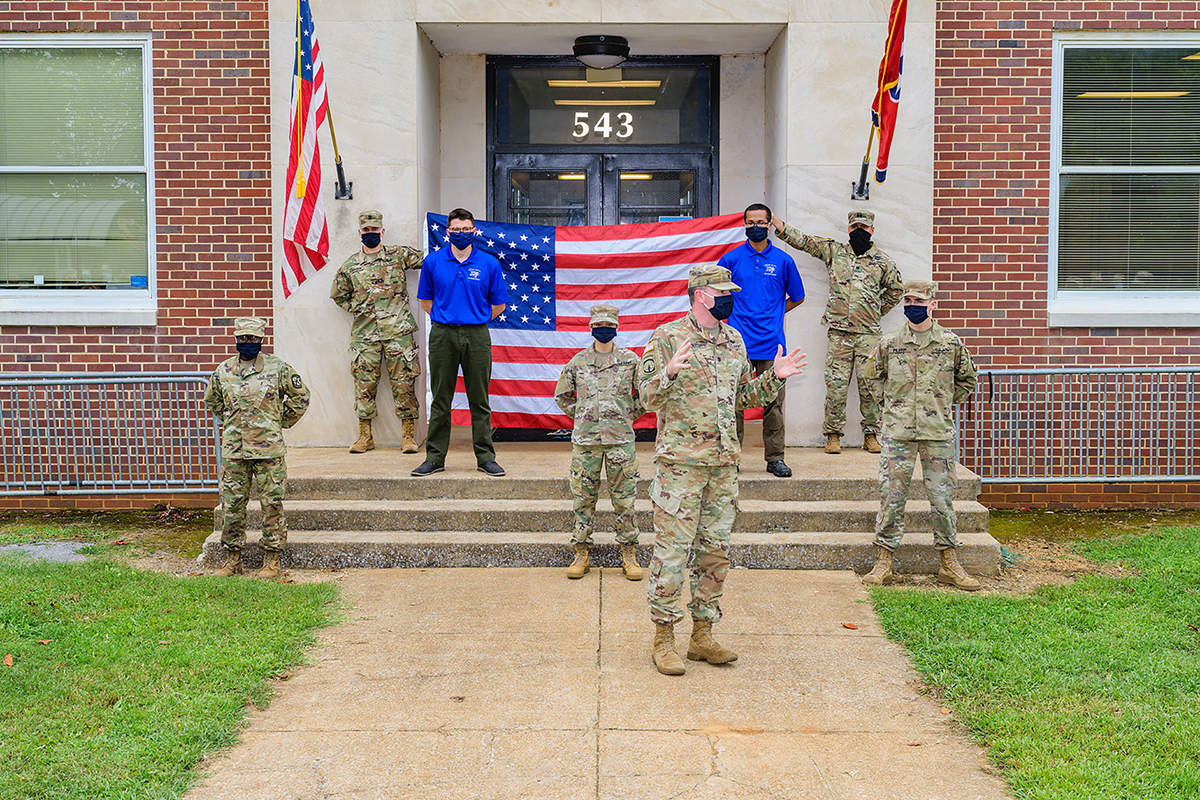 An exercise science major, Sayaboun participated three years in the Junior ROTC program at Riverdale High School, where she graduated in 2019. She considered going immediately into the Army and skip college.

Riverdale JROTC instructor Michael Schwartz convinced her to attend college first and apply to the National Scholarship Board. Her decision landed her a three-year scholarship, paying for her MTSU tuition and fees, a book stipend and room and board.

Before administering the oath, McCarthy, the second-year leader of the program, addressed the new cadets. He said this is “step one of the cadets’ career in the Army. We take this seriously and are very passionate about this.” 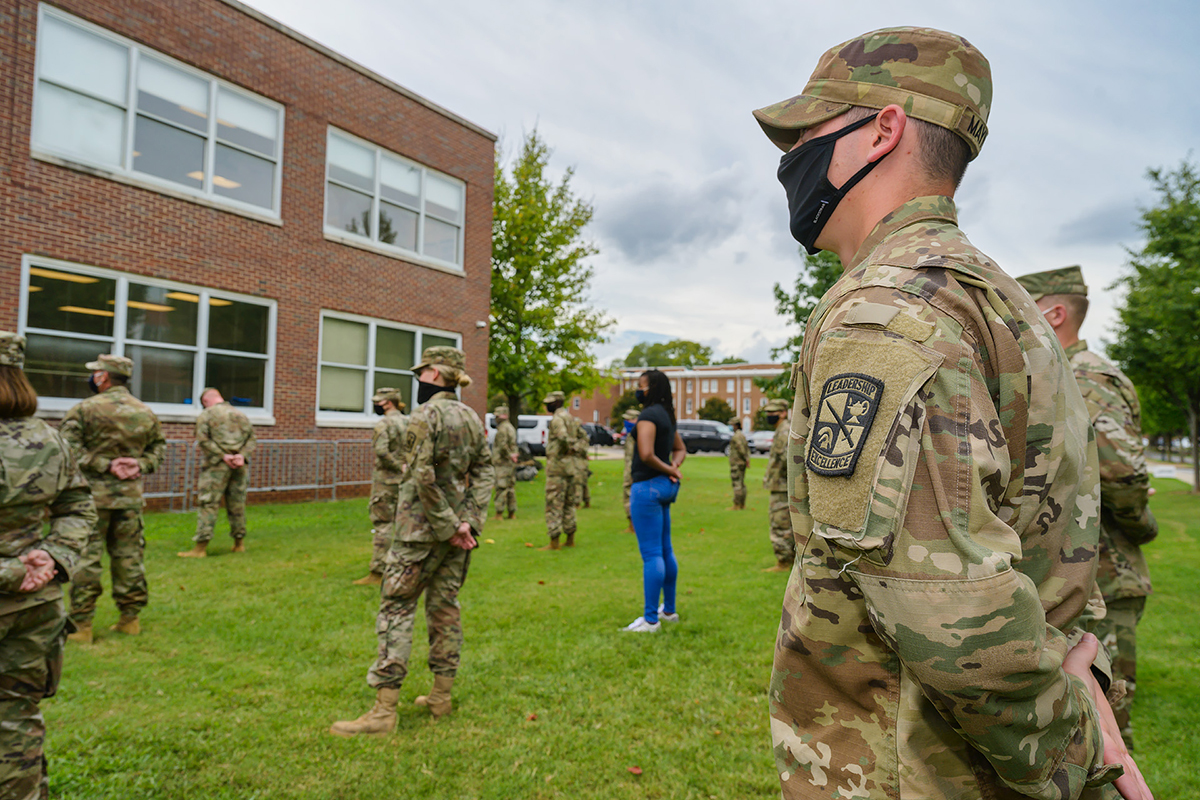