Pros and Cons of Taking an Onl.. 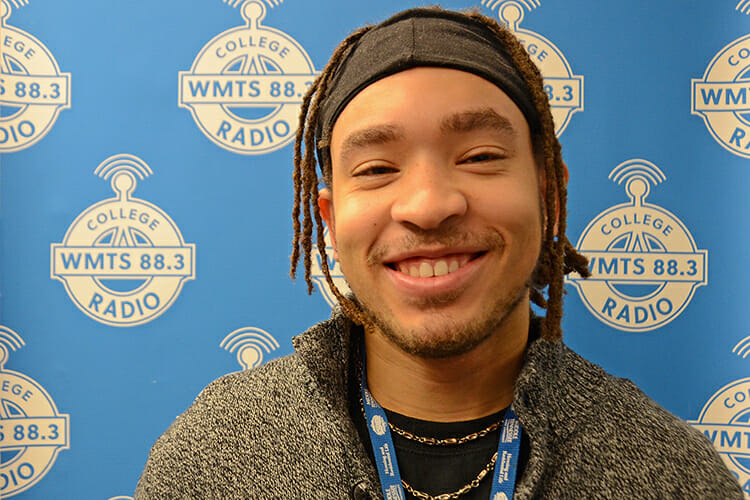 As the new general manager of MTSU’s WMTS-FM 88.3, Anthony Williams plans to add visual components to drive innovation within the studio.

The MTSU senior, who’s majoring in audio production in the Department of Recording Industry, plans on steering the student-run station toward a wider platform that includes more than just audio content.

“We are looking to improve our social media presence and add recap videos,” Williams said. “I’ve been on the management team long enough, and I see what works and what doesn’t.”

As a sophomore, he was selected to be music director for about a year, then transitioned into a production director’s position, since that job is geared toward his major.

Future interns and current show hosts of WMTS can expect more of a hands-on experience that goes beyond pushing buttons and speaking into a microphone, Williams said.

“I want people who come here (to WMTS) to take full advantage of the opportunities they have,” he said.

The Knoxville, Tennessee, native also wants radio hosts and their listeners to become more in tune with convergence between media outlets.

“It’s not so much about just audio anymore, we have started something visually where we bring in music artists into the studio, they share an intimate performance and then our hosts interview them in between,” he said.

Housed in the Center for Innovation in Media inside the Bragg Media and Entertainment Building, the station gives its audience a variety of music and entertainment from country to pop and features visiting music artists’ live performances.

Posting on-camera interviews with guests on WMTS’s website will allow viewers to match a name with a face, Williams said, adding that creating such content will expand radio personalities’ multimedia skills while broadening WMTS’ media platform.

And as the general manager, Williams said he plans to share techniques he learned as WMTS’s music director.

First-time radio personality Kiara Chambers has her own show, “Good Life Obviously” or “G.L.O.,” on the station. She’s excited about the coming changes.

“Because I am a new DJ, I’m a little nervous,” said Chambers, also an MTSU senior. “Working with him and others is great, and they make my transition very easy and comfortable.”

Williams is set to graduate in May and said he hopes that adding to his multimedia skills will land him a job in working with live sound.

“My plans after college involve me freelancing in Franklin and Nashville doing whatever live sound gigs I can get,” he said.

WMTS-FM is a part of the College of Media and Entertainment‘s Center for Innovation in Media, which also includes the student-run digital newspaper Sidelines, television station MT10 and Match Records.