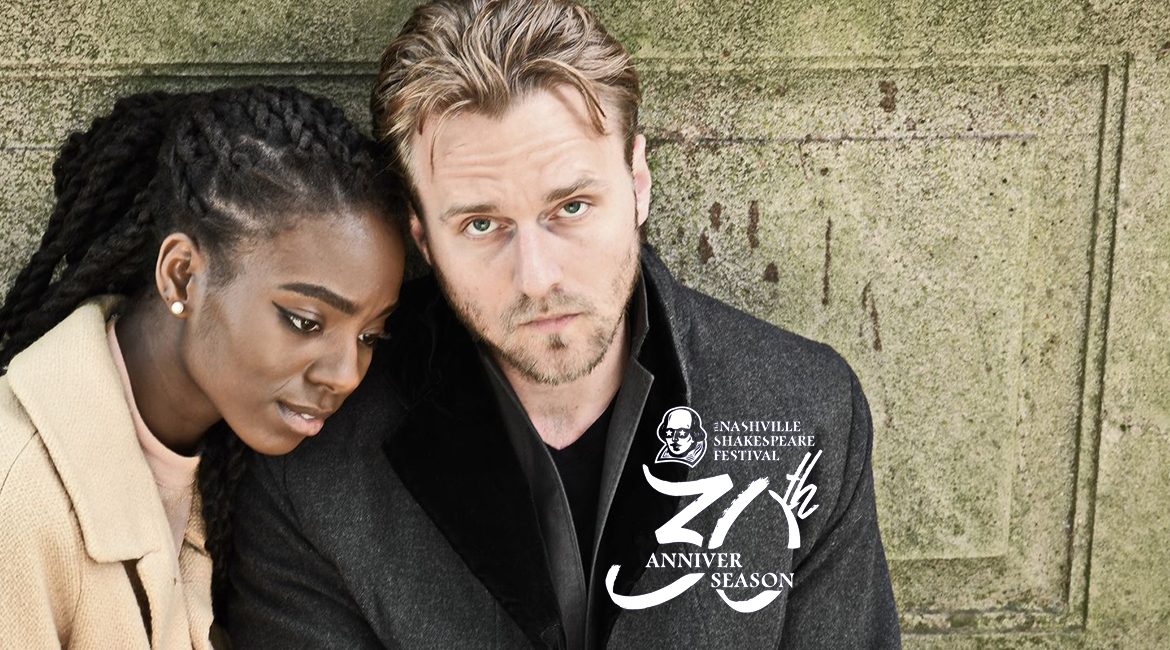 MTSU Theatre is setting the scene Feb. 1-3 for another collaboration with the Nashville Shakespeare Festival devoutly to be wished on the Tucker Theatre stage: the woes of that troubled Danish prince, Hamlet.

Click on the poster for ticket information at MTSU Arts.

Director Denice Hicks, who brought the glamorous fairy queen Titania to life at MTSU in last fall’s joint production of “A Midsummer Night’s Dream,” is returning with a full professional cast and crew that includes MTSU theatre alumna Chelsea Bell as Hamlet’s doomed love, Ophelia, and adjunct theatre professor Santiago Sosa as the Guildenstern half of the prince’s pals-turned-spies.

“‘Midsummer Night’s Dream’ was the best prelude for us to meet the whole Murfreesboro community and the MTSU culture, and we are all so excited to bring this show there,” said Hicks, who serves as the Nashville Shakespeare Festival’s artistic director.

“It’s really amazing and such a welcoming culture. We felt when we were there in November that it was home already, and here we come back so soon! It’s like a homecoming for us.”

Curtain times are 7:30 p.m. Thursday-Saturday, Feb. 1-3. Advance tickets, available at www.mtsuarts.com, are $29 general admission, $26 for seniors 65 and older and $17 for students. Adult group tickets also are available for $25 each. Guests can choose their own seats in Tucker Theatre — lower and upper orchestra and front and rear balcony — via online purchase.

The Festival is launching its 30th anniversary season with “Hamlet,” which opened Jan. 4 for weekend runs at Belmont University’s Troutt Theater before packing up and heading to Murfreesboro this Sunday. The troupe tackled Shakespeare’s most famous tragedy 10 years ago and decided to reexamine it after a decade, Hicks said.

This new production is intentionally more intimate with a simple set design and a live original score to focus even more on the people at the center of the play:

• Claudius, his uncle and now stepfather, portrayed by Roger Csaki, who was most recently seen in the Murfreesboro Center for the Arts production of “A Few Good Men.”

• Horatio, his best friend, portrayed by Melinda Paul, seen locally in “Memphis: The Musical” at Woodbury’s Arts Center of Cannon County and as Belle in “Beauty and the Beast” at Nashville’s Manna from Heaven Dinner House.

Ethan Jones portrays Ophelia’s father, the well-meaning but ill-advised Polonious, and Audrey Tchoukoua is her brother, Laertes. Brian Russell is the Ghost and the first gravedigger, Shawn Knight has the dual roles of Bernardo/Osric, Lauren Berst is Marcellus and the second gravedigger, and Andy Kanies is Rosencrantz.

“We always try to hire MTSU students when we can, too. It’s really a great farm for up-and-coming talent.”