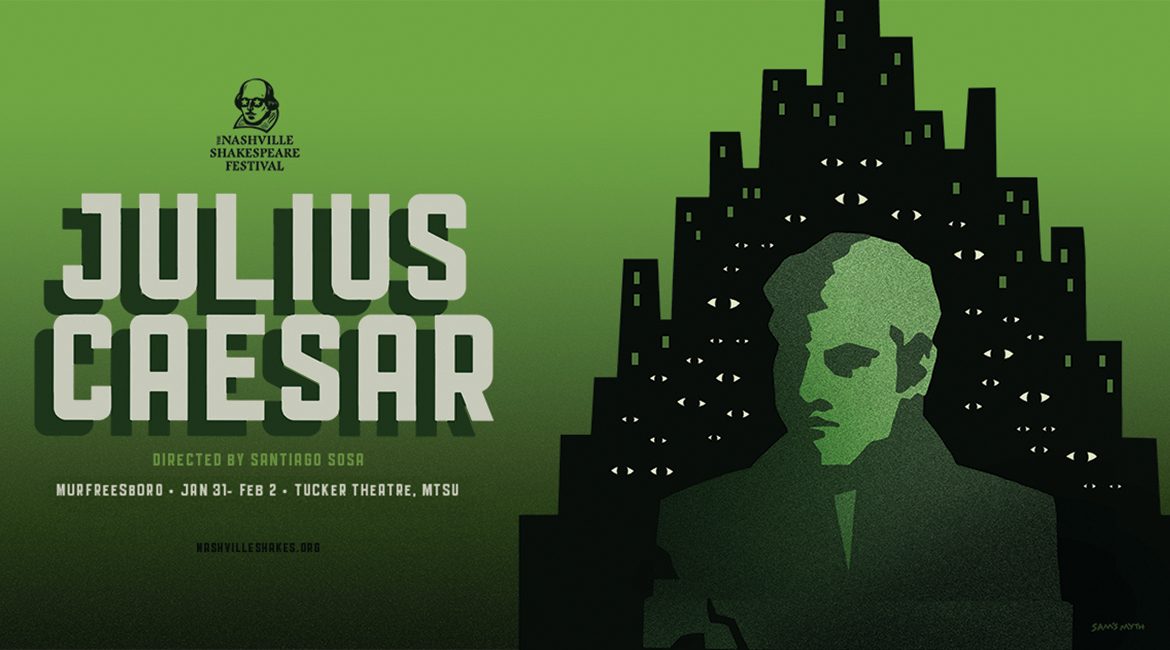 MTSU Theatre is collaborating once again with the nationally acclaimed Nashville Shakespeare Festival Jan. 31-Feb. 2, bringing the Ides of March to the Tucker Theatre stage in the dead of winter with a new production of “Julius Caesar.”

Directed by adjunct professor Santiago Sosa, this production of the 16th-century political thriller takes a film noir turn, showcasing Broadway veteran — and Middle Tennessee native ­— Chuck Wagner as the Roman general striding the world like Colossus while his colleagues plot his brutal downfall.

“The timelessness and timeliness of this play never cease to amaze me,” says Nashville Shakespeare Festival Artistic Director Denice Hicks, who continues building the NSF-MTSU partnership each year.

“This is a 400-year-old play about people who lived over 2,000 years ago, and yet their hopes, fears, ambitions and sorrows are true and relatable today. The rhetoric resonates in our politically charged times.”

Curtain times are 7:30 p.m. Thursday-Saturday, Jan. 31-Feb. 2. Advance tickets, available at www.mtsuarts.com and at www.nashvilleshakes.org, are $30 general admission, $27 for seniors 65 and older and $10 for non-MTSU students. Tickets purchased at the door will have an additional $3 charge.

MTSU student tickets are $10 each and will be available only at the Tucker Theatre box office. 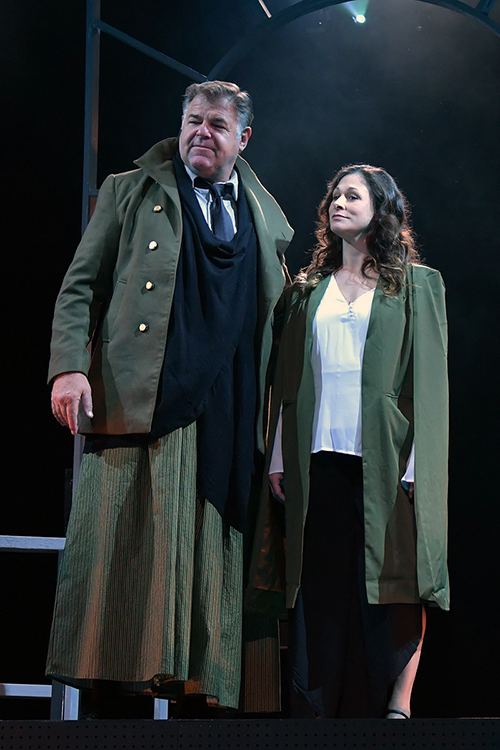 “Shakespeare is at the heart of my theatrical education,” says Wagner, a native of Nashville and Hartsville, Tennessee, who began acting while in high school in Gallatin, “and I look forward to sharing it in January with old and new friends.”

Wagner’s extensive career spans more than 40 years and includes the title role in TV’s science-fiction series “Automan” in the 1980s and starring roles in some of Broadway’s biggest hits, including Javert in “Les Misérables,’” the Beast in “Disney’s Beauty and the Beast” and Rapunzel’s Prince in the original cast of Stephen Sondheim’s “Into the Woods.”

The Nashville Shakespeare Festival teamed up with MTSU Theatre students and faculty in fall 2017 for a hugely successful joint production of “A Midsummer Night’s Dream,” then kicked off its 30th anniversary season last January 2018 with “Hamlet” at Tucker Theatre.

Tickets also will be available at the Tucker Theatre box office one hour before curtain time. For more information about the show, visit www.nashvilleshakes.org. 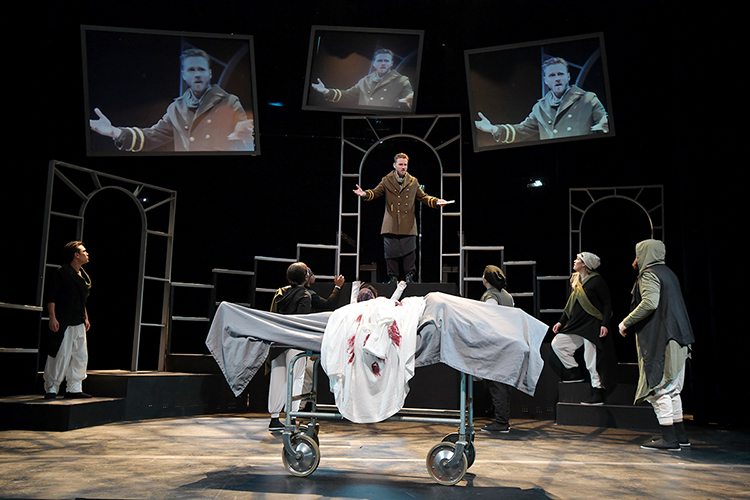 Sam Ashdown, center, calls on friends, Romans and countrymen to hear his eulogy for the assassinated Roman dictator as he portrays Marc Antony in the Nashville Shakespeare Festival’s winter 2019 production of “Julius Caesar.” The tragedy is being presented Thursday-Saturday, Jan. 31-Feb. 2, at MTSU’s Tucker Theatre in the Boutwell Dramatic Arts Auditorium; ticket information is available at http://nashvilleshakes.org. (Nashville Shakespeare Festival photo by Rick Malkin) 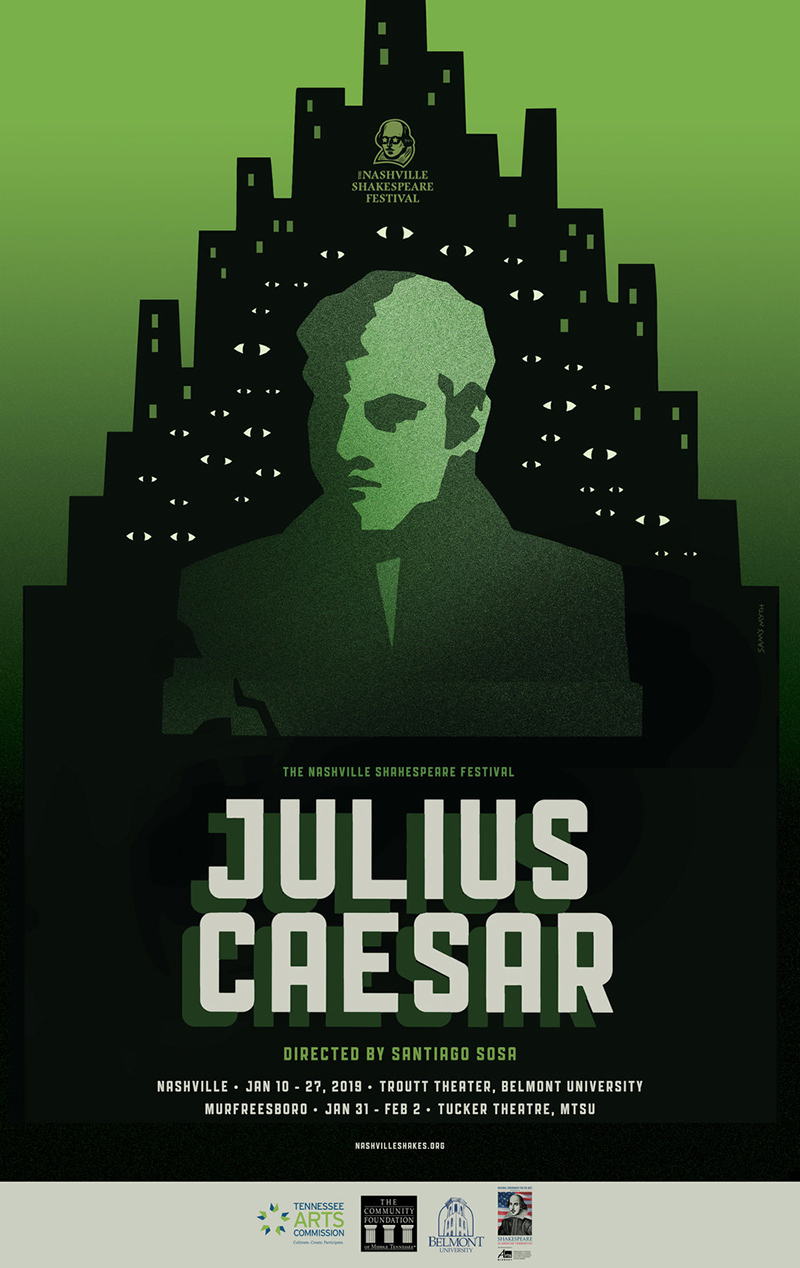