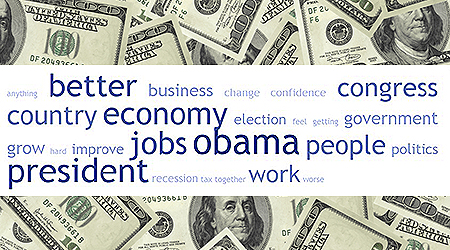 Following a yearlong period of steady increases in consumer confidence, Midstate consumers have suddenly changed their minds and have become much less optimistic about the future of the American economy.

That’s the outlook according to the Fall 2012 Consumer Outlook Index just released by the Office of Consumer Research at Middle Tennessee State University. The survey of 422 randomly selected adult residents of Davidson, Rutherford and Williamson counties was conducted on the evenings of Nov. 27 and Nov. 29.

The overall consumer outlook index dropped sharply to 106 from 178 in September.

“Any momentum that was building to help bolster consumers’ outlook on the economy has seemingly halted,” states the report by Dr. Tim Graeff, director of the Office of Consumer Research. “This change in outlook is fueled by growing concerns about the future economy.”

The future expectations index plunged to 55 from 112. Similarly, consumers have taken a less positive view toward making large purchases, with the purchasing situation index dropped to 73 from 92.

Perceptions of the current economy are still negative, even though the current situation index gained modestly to -22 from -26.

In general, consumers continue to view the current economy negatively and have become increasing wary of the prospects for a quick turnaround in the economy, the report states.

Other highlights from the report include:

You can download and read the full report here.