March 'Out of the Blue' featur..

After four decades, a two-time Ohio Valley Conference track champion is set to finish the biggest race of his life at Middle Tennessee State University this summer.

Now 63 and living in Fayetteville, Georgia, Ed Stegall says he had always wanted to finish after leaving MTSU in the late 70s, but like many others he found work, started a family and decided that taking care of them would be his No. 1 priority. 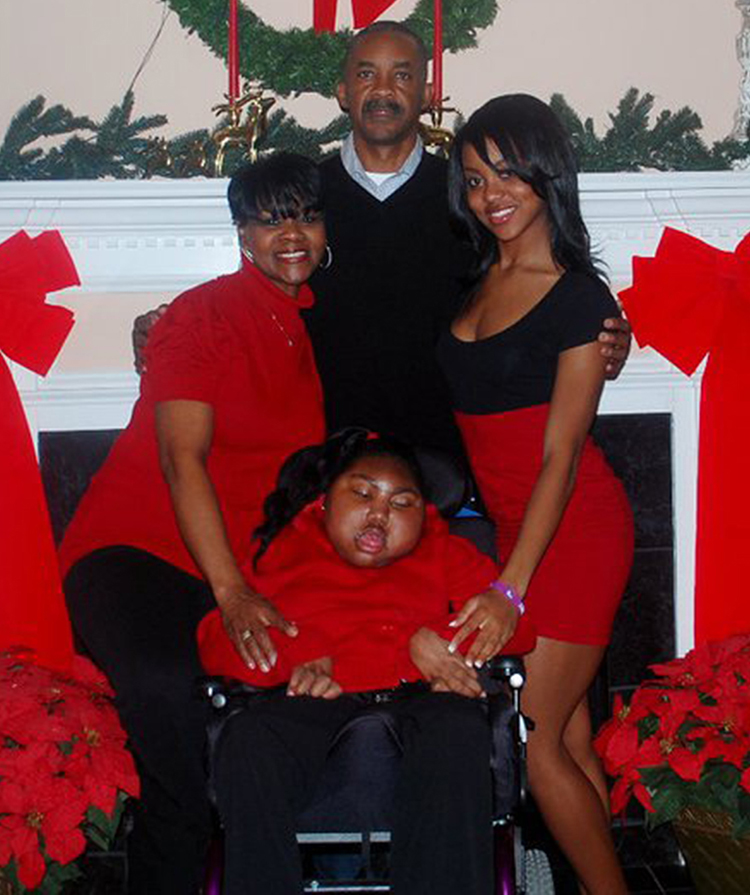 Over the last 40 years Stegall was a track coach and worked with children who had special needs. Stegall and his wife lost their daughter, LaToya, who had cerebral palsy, about seven years ago. They started a nonprofit, the TOYATUFF Foundation to “impact others by supporting and educating those that provide for family members or friends with special needs.”

“It’s one of my greatest passions, working with children who have special needs,” said Stegall, who won the 400-meter sprint for MTSU in 1978 and 1979. “LaToya had such a profound impact on us, and she taught us how to appreciate life in a totally different perspective.”

“I knew I was not that far off from a degree when I stopped, but I wanted to make sure I could give my family all that they needed — especially with having a child with special needs,” he said.

After several months of sitting at home during the COVID-19 pandemic, he decided it finally felt like the right time to finish his degree. He talked to his wife, Barbara, and his daughter, Michelle, about it after being contacted by a coordinator from MTSU University College, and they encouraged him to go for it.

“You know it’s a funny thing,” said Stegall, now on track to graduate in August with a degree in integrated studies. “You are never really sure if your kids are listening when you’re talking to them when they are growing up, but I found my daughter telling me a lot of the same things I told her when she was considering her options.”

Stegall has stayed close to MTSU, coming back to campus for track meets, and even meeting the team on the road to cheer for his beloved Blue Raiders. His family even vacations with some of his teammates from those late 70s track squads.

“We still show up to track meets together to give Coach (Dean) Hayes the support he gave us all those years ago.”

Stegall said that MTSU always felt like the right place for him, both now as a student in his 60s and even before he was ever enrolled at the university. As a senior in high school he was a prolific athlete, having scheduled visits with four different universities. MTSU happened to be the first one on the schedule.

Immediately after the visit Stegall called the other three schools and let them know he had already made up his mind. He would be a Blue Raider. 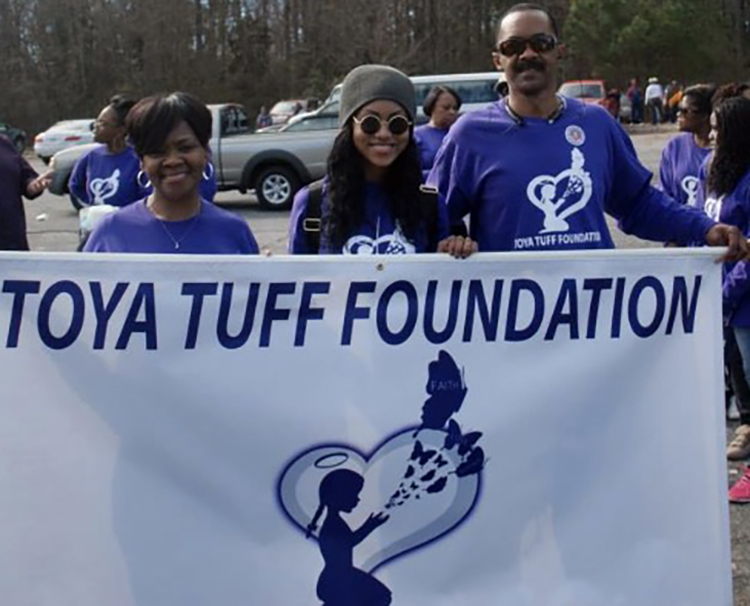 In this undated photo, Middle Tennessee State University alumnus Ed Stegall, right, is pictured with his wife, Barbara, left, and daughter, Michelle, at an event for the Toya Tuff Foundation. The Stegall family created the foundation in memory of LaToya Stegall, who had cerebral palsy and subsequently passed away. The foundation provides assistace to special needs children. (Submitted photo)

‘A different type of learning’

Stegall said that feeling was amplified more recently when he reached out to the Adult Degree Completion Program in MTSU’s University College. He was paired up with adviser Mona Snell, who Stegall says really showed him the most direct path to his degree. 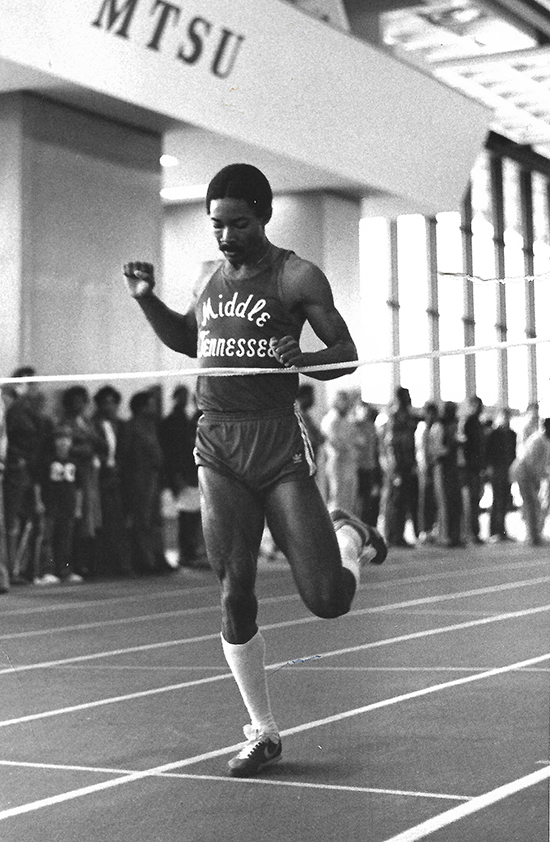 In the late 1970s, Middle Tennessee State University alumnus Ed Stegall was a scholarship athlete on the track team and won two conference championships running the 400-meter sprint. Stegall has re-enrolled at MTSU to finish his degree and is scheduled to graduate in August 2021. (Submitted photo)

“She is wonderful,” Stegall says of Snell. “She has helped me every step of the way. She told me she was going to help me graduate and she has kept her word 100%.”

“I enjoy learning about my students and their unique stories,” said Snell, who’s worked at MTSU’s University College since 2015. “When I heard Ed’s history, it was apparent he was on a mission. I was impressed by his dedication and determination to complete his degree. It was very inspiring to see him return to MTSU to complete what he started so many years ago.”

Stegall was surprised and thrilled to learn he only had three courses left to complete. He was a little nervous about taking them online, though, quipping that calculators were a huge deal when he was in college in the 70s.

As he went on, Stegall said he had to get used to “a different type of learning.” He got more comfortable with the process, and grew to love the on-demand nature of learning.

Stegall also said the other students in his classes have expressed interest in learning more about his story because of his age and life experience. He said they were positive and encouraging, and he never once felt out of place.

Stegall said he’s very thankful and happy he did go back. He never looked at his journey as him quitting college. He knew that he’d finish one day even though he took a different route than others.

He said he always told his daughters, “there is no such thing as failure if you don’t quit,” and that it was important for him to hold up that powerful statement with his own actions.

Stegall says he “most definitely” will be back to campus for commencement once he finishes and looks forward to being the first person out of his 12 siblings to earn a degree. If you want to finish your degree or get started, visit mtsu.edu/finishnow. 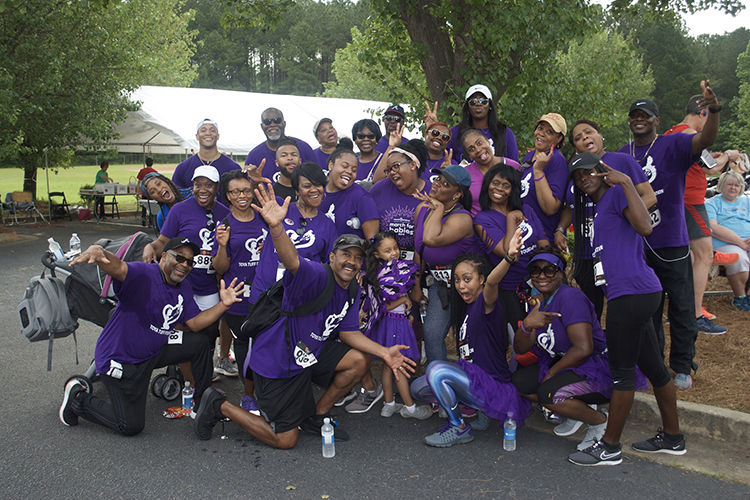 This undated photo shows members of the ToyaTuff Foundation at the nonprofit’s most recent 5K race. The foundation raises money for special needs children and their families and was founded in memory of Toya Stegall, the late daughter of MTSU alumnus Ed Stegall, kneeling center left, and wife Barbara, standing behind him. (Submitted photo)