MTSU musicians will jazz up Ch.. 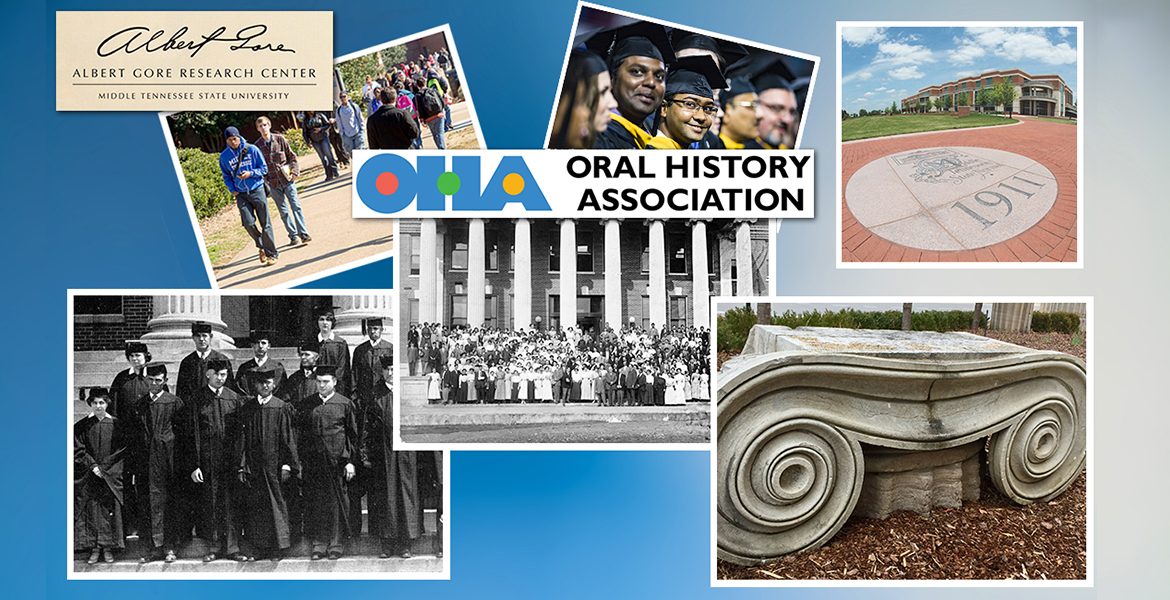 The headquarters for one of the nation’s most prestigious and respected groups of historians will have a home at MTSU for at least the next five years.

In its 51st year, the Oral History Association has chosen MTSU for its headquarters. Its co-chairs will be Dr. Louis Kyriakoudes, director of the university’s Albert Gore Research Center, and history professor Dr. Kristine M. McCusker.

“It’s the leading organization for people who engage in the creation of extended oral history narratives with people,” Kyriakoudes said of the Oral History Association.

The organization boasts a diverse membership of scholars, activists, journalists, psychologists, folklorists and others interested in bringing the historical experiences of both everyday people and elites to light.

“This will … advance MTSU’s research, public engagement and public outreach, both to scholarly and professional environments and also to the general public,” said Kyriakoudes.

Following the unexpected death last year of the association’s executive director, Clifford Kuhn of Georgia State University, the group issued a call for proposals for the location of the headquarters.

Kyriakoudes and McCusker wrote the proposal for MTSU with an emphasis on collaborating with many on-campus partners, including the Gore Center, the Department of History, the Public History graduate program, the Center for Historic Preservation, the Center for Popular Music and the College of Liberal Arts.

As an example of oral history, Kyriakoudes cited an interview he conducted with a former resident of the former Old Jefferson community near Smyrna, which was eliminated so that the Tennessee Valley Authority could build a dam on Percy Priest Lake.

That talk is one of several collections of oral histories archived at the Gore Center. Its renowned “Middle Tennessee Oral History Project,” which began in 1999 and continues today, includes more than 500 recordings “of interviews of various people who tell their story of past events in their own words,” including anecdotes of MTSU, African-American community leadership in Murfreesboro, veterans, state and local politics, women’s organizations, farming and farm organizations, planning and economic development, and medical history.

“Oral historians really do practice history from the bottom up,” Kyriakoudes said. “We want to preserve the stories of a variety of individuals to capture the full spectrum of the human experience.”

McCusker will move her office to the second floor of MTSU’s Peck Hall, where the OHA administrative offices will be housed. Kyriakoudes will remain based at the Gore Center.

“The Oral History Association’s executive offices are going to help MTSU’s history department — and especially the public history graduate program — publicize in substantial ways the exciting work that is going on here and the terrific students we are producing,” McCusker said.

For more information, contact McCusker at 615-898-2544 or kristine.mccusker@mtsu.edu or Kyriakoudes at 615-898-2633 or louis.kyriakoudes@mtsu.edu. To learn more about the Oral History Association, visit www.oralhistory.org.