From Murfreesboro to Baltimore to Tokyo, MTSU prof...

Open Books: Library works to a.. 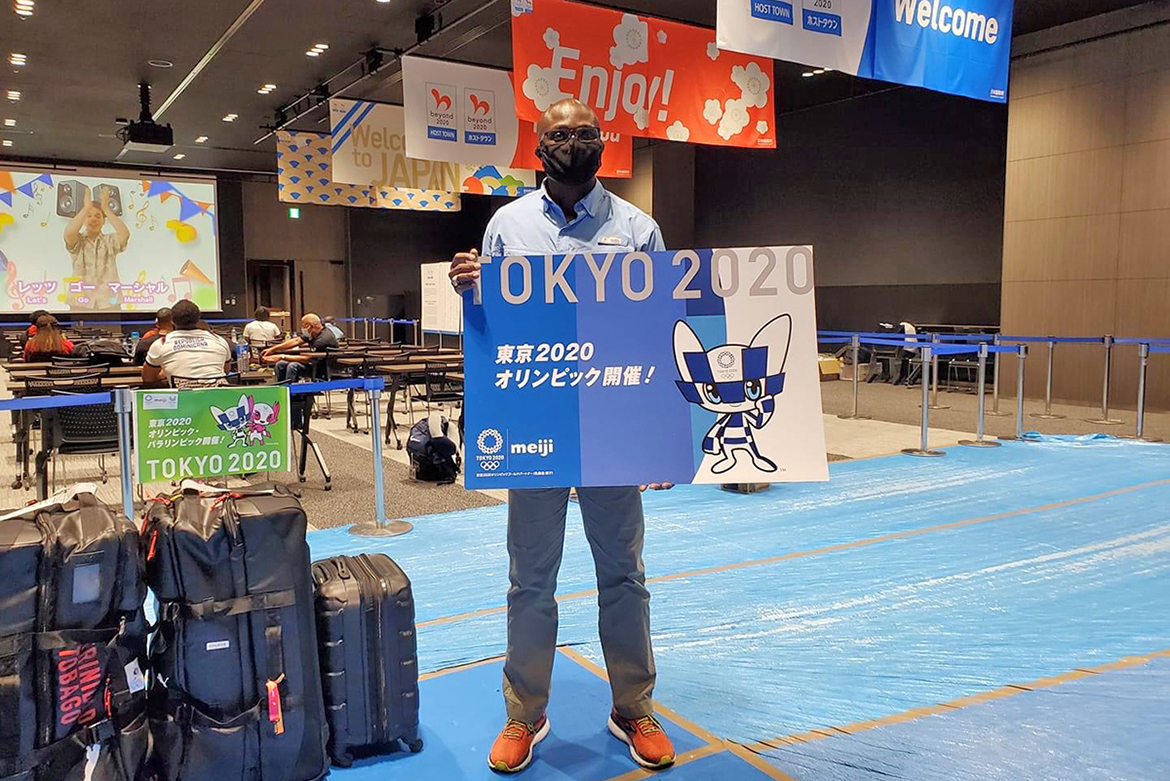 Dr. Andrew Owusu, assistant professor of health and human performance and adviser to Ghana’s men’s track and field team, poses at the airport in Tokyo, Japan, site of the 2021 Summer Olympics. (Photo provided)

TOKYO, Japan — With the Games of the XXXVI Olympiad officially underway, an MTSU professor is doing his part to help his native country’s track and field team.

Andrew Owusu, an associate professor in the Department of Health and Human Performance, supervised a 20-day dress rehearsal for the Ghanaian national team at Coppin State University in Baltimore, Maryland, before departing for Tokyo. Four of the Ghanaian sprinters compete for Coppin State.

Owusu, who also is MTSU’s Health Graduate Program coordinator, competed in the long jump for Ghana at the 1996 Olympics in Atlanta and in the triple jump at the 2000 Olympics in Sydney, Australia, and the 2004 Olympics in Athens, Greece. Owusu holds the all-time Ghanaian triple jump record of 17.23 meters.

By performing volunteer work as an assistant track coach in horizontal jumps at MTSU, Owusu stays close enough to the sport he loves to give advice to his fellow countrymen.

In an interview with the Baltimore Sun during workouts at Coppin State, Owusu told the newspaper he had not seen the runners acting in a stressful manner.

“Part of it is the confidence from 2019 when they won the 4×100 (meter men’s relay) at the African Games, and then this year, if not for (an error on) the exchange, they would have finished third at the world championships,” Owusu said.

Owusu also told the Sun that the group is “one of the most collegial” with which he has been associated.

“These guys are mature guys,” Owusu said. “So they take care of themselves. The house is really clean, and I haven’t been on ‘dad duty’ yet.”