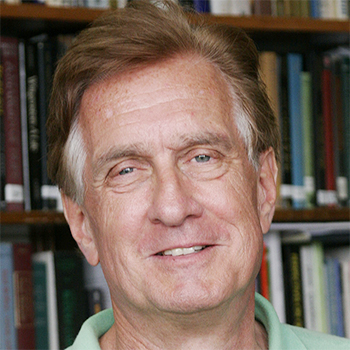 A Clemson University professor will discuss the harrowing national conflict that pitted a president against a powerful congressman when he lectures on “Spielberg’s ‘Lincoln’: A Story of Thaddeus Stevens” Monday, Oct. 21, at MTSU.

Dr. R. Barton Palmer, who directs the film studies program at Clemson University and serves as Calhoun Lemon Professor of Literature there, will speak at 6 p.m. in Room S-102, the State Farm Lecture Hall, inside MTSU’s Business and Aerospace Building.

His talk is free and open to the public; a campus map with parking notes is available at http://tinyurl.com/MTSUParkingMap13-14.

Palmer says the Oscar-winning 2012 historical epic, recounting President Abraham Lincoln’s fight to push the 13th Amendment through the U.S. House of Representatives, turned out to have a surprise focus in Pennsylvania congressman Stevens and his determination to abolish slavery and end discrimination against African-Americans.

“The presence of Lincoln, memorably incarnated by Daniel Day-Lewis, is a vital component of this narrative, for his determination that the amendment be passed before the cessation of hostilities and Union victory serves as its animating force,” Palmer writes.

“And yet the film’s drama in large measure unfolds on Capitol Hill, where executive will must be enacted through partisan wrangling and the examination of conscience on the part of many. In that struggle, Thaddeus Stevens (Tommy Lee Jones), chair of the Ways and Means Committee and most powerful member of the abolitionist wing of the Republican caucus, emerges as the protagonist.

“… It is the character arc of Stevens that proves crucial to the passage of the [13th] amendment.  Lincoln is displaced from focus in an anti-generic gesture that makes the film as much a story of Thaddeus Stevens, whose life, like Lincoln’s, achieves its meaning in the context of an event whose importance overshadows any emphasis on even the most exceptional self.”

Palmer is the author, editor or general editor of nearly 50 volumes on various literary and cinematic subjects, including “Larger Than Life: Movie Stars of the 1950s” and, with Robert Bray, “Hollywood’s Tennessee: the Williams Films and Postwar America.”

MTSU’s College of Liberal Arts, the English Department Virginia Peck Trust Fund and the Department of Foreign Languages and Literatures sponsor Palmer’s lecture. You can download a flier with more information about his lecture at www.mtsu.edu/liberalarts/upcoming_events.php.