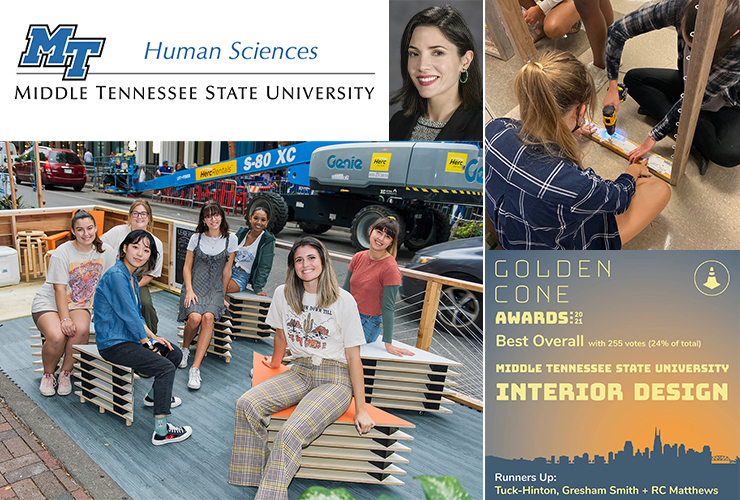 A team of MTSU students recently captured top honors at an innovative design contest in Nashville.

Park(ing) Day, which originated in San Francisco in 2005, is a project in which people around the world take over street parking spaces and temporarily turn them into spaces for art and social activism.

“The team’s proposal included designing and constructing a large-scale tangram puzzle, a classic Chinese puzzle based on a square module comprised of seven geometric pieces that players configure to create a multitude of different forms such as a swan, a sitting figure and a fox,” Pavel said.

“To add interest to the game, the team challenged participants by giving them only two minutes to solve the puzzle.” 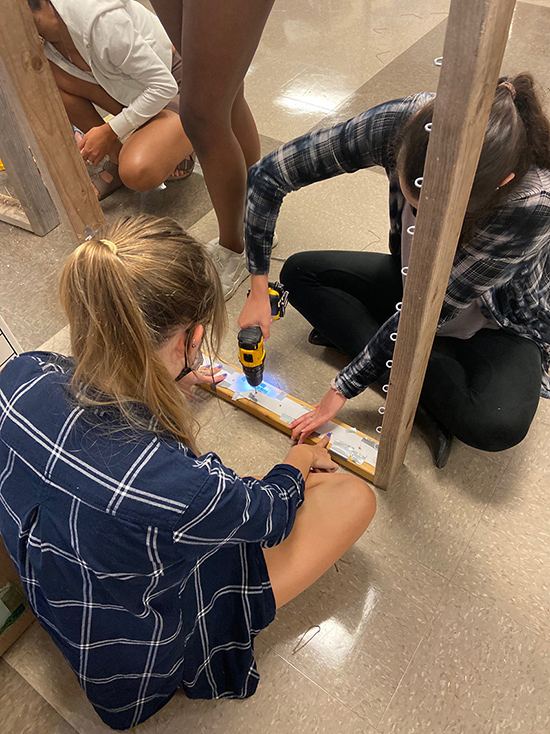 MTSU interior design majors work to construct a Japanese tangram puzzle near the intersection of Second and Broadway in Nashville. The students’ project was awarded the “Best Overall” prize by the Nashville Civic Design Center in the Sept. 21 Park(ing) Day competition. (MTSU photo by James Cessna)

The students had less than four weeks to design and construct the project near the intersection of Second and Broadway in Nashville. Pavel said it was the first time that most of the students had built something of their own design with each component having to be hand-built within a small error tolerance. Pavel said they had to perform a lot of problem-solving on the fly.

“Triangular profiles are structurally stable vertically, but not horizontally,” Pavel said. “So the smallest triangular … pieces tended to tip forward toward the heavier end. To counteract this, students had to create ‘stoppers’ made from dowel rods to affix to the bottom to prevent tipping.”

“The project was interactive and fun and representative of our design skills,” said Julia Haring, a senior from Nashville. “I feel like most of the projects we do in school are theoretical, but this was something that physically came to pass.”

“After the past semester with the class being separated (due to COVID), I think coming together at the very beginning of the semester and completing this project helped us to get our creative minds flowing and showed us how much we can complete and accomplish as a group,” said Ashlee Young, a senior from Tullahoma, Tennessee.

For more information about MTSU’s interior design program in the Department of Human Sciences and College of Behavioral and Health Sciences, contact Pavel at 615-898-5723 or carrie.pavel@mtsu.edu. 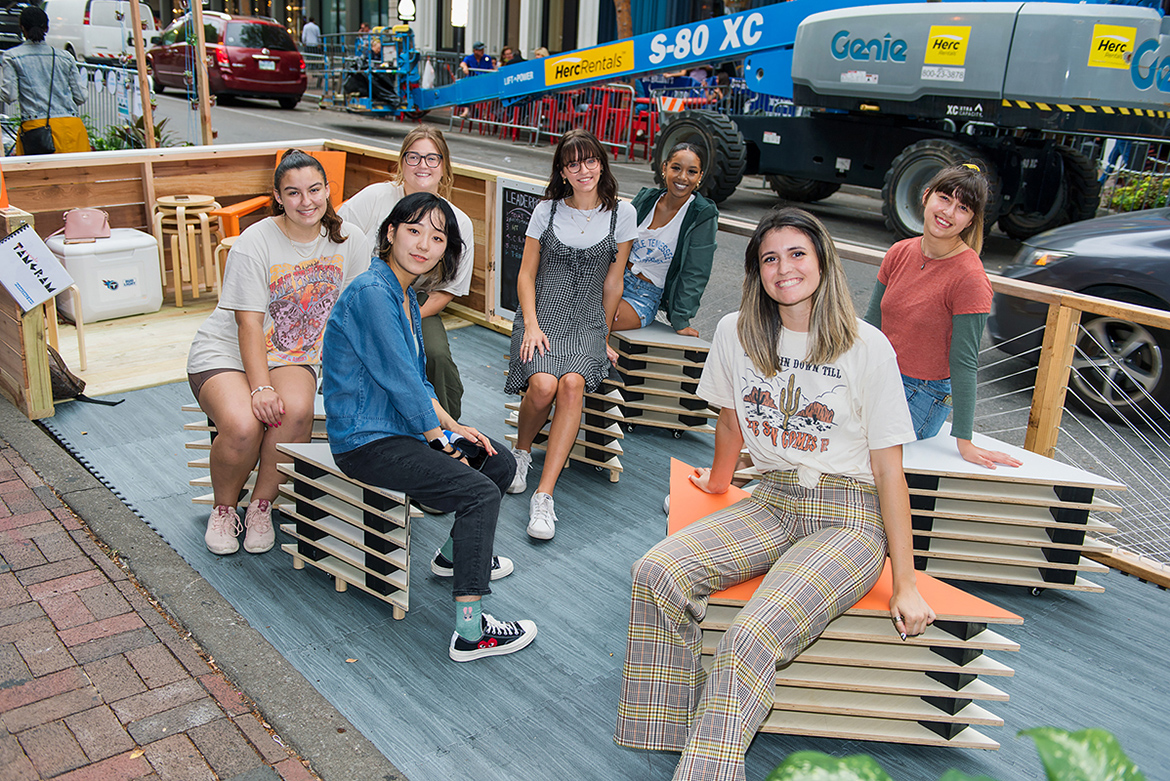