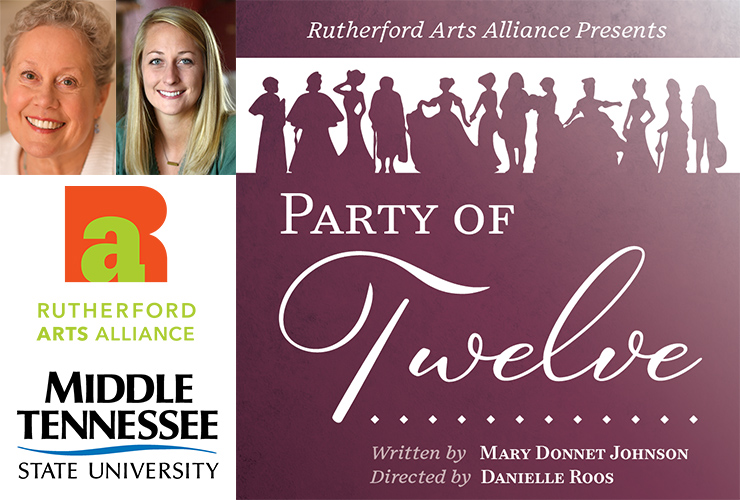 MTSU’s celebration of National Women’s History Month will conclude with a dozen dynamic women onstage to demand their rightful place in the annals of Rutherford County.

The original play was commissioned by the Rutherford Arts Alliance and underwritten by Pinnacle.

In the play, a 21st-century MTSU history student tries to stay awake to finish an assignment. She nods off, however, and dreams of various important women from Rutherford County’s past.

General admission tickets for these two “Party of Twelve” performances are $10 each. Group discounts of $2 each will apply to groups of 10 or more.

To purchase or reserve tickets, visit The Center for the Arts website for information.

Johnson earned her Bachelor of Arts degree from Sarah Lawrence College in Bronxville, New York. She has acted in numerous film, television, stage, radio and opera productions in New York and throughout the country.

“The playwright, Mary Donnet Johnson, has done a tremendous job bringing the histories of local women alive with humor and poignancy,” said Dr, Antoinette Van Zelm, assistant director of the Center for Historic Preservation at MTSU.

She also is co-historian, with MTSU alumna Mary R. Patterson Watkins, on the “Leading Ladies of Rutherford County History” project.

“For our community to rally around a play focused entirely on the contributions and achievements of women from our past is really exciting,” Van Zelm said. “Hopefully the play will inspire people to learn more about the many fascinating women in Rutherford County’s past.”

“Leading Ladies of Rutherford County History,” of which “Party of Twelve” is one segment, is a project developed in 2019-20 to honor women who have educated, enlightened and inspired generations of Rutherford countians. Several of these women are characters in the play.

Some of the “leading ladies” include MTSU chemistry professor June Anderson, who championed women’s issues on campus and is memorialized by the name and the work of the June Anderson Center for Women and Nontraditional Students; Ruth Bowdoin, the first dean of education at MTSU; and Mary Scales, MTSU’s first Black faculty member and the first Black woman elected to the Murfreesboro City Council.

Several MTSU women also are instrumental in the production of “Party of Twelve.”

Alumna Katlyn Marion portrays Olivia, the drowsy history student in the play, and graduate Mileah Milstead plays Willie Betty Newman, one of the “leading ladies” whom Olivia encounters in her dreams.

Director Roos is a theater maker and director with a Master of Fine Arts in directing from Northwestern University. She is the founder of Yellow Rose Productions and co-founder of the Henley Rose Playwright Competition for Women in Knoxville, Tennessee.

Most recently, she adapted and directed the MTSU Theatre production of “The Busie Body” by 18th-century English author Susanna Centlivre. 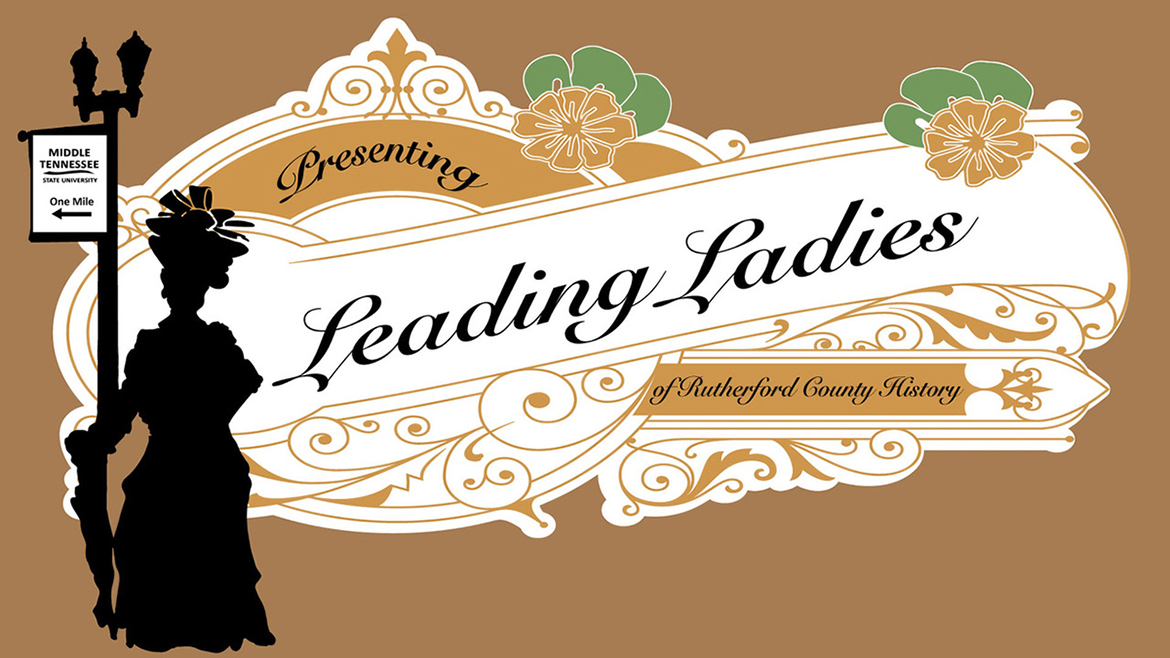