The Academic Side of MTSU

by Patsy B. Weiler

In 2020 on Juneteenth, or June 19, a new federal holiday commemorating the emancipation of enslaved African Americans, alumna Anita Scott Smith signed paperwork to honor her parents with a scholarship at MTSU. The annual James R. and Betty Y. Scott Scholarship will help underrepresented students pursue degrees in education.

“When I was a student at MTSU, a lot of people took me under their wing who had confidence in my ability. The grants I received helped me graduate. I want to provide similar encouragement and financial support for a student who could use a little assistance,” said Smith, who earned three MTSU degrees— a bachelor’s in early childhood education (’81), a master of education degree in curriculum and instruction (’83), and an education specialist’s degree. (’96).

“When I earned my master’s degree, I went by my father’s grave to share my accomplishment with him,” Smith said. She went again after receiving her specialist’s degree, this time to visit both her parents.

Her parents graduated in the mid-1950s from historic Holloway High School, which opened in 1929 and remains a small secondary school today. The brick building on South Highland Avenue in Murfreesboro is the last and one of the few remaining structures built with help from the Rosenwald School project in the early 20th century, to provide public education for Black children in the rural, segregated South. Smith’s gift continues the legacy of assisting students in an underserved population.

“Scholarships supporting historically under-resourced teacher candidates aid in the elimination of achievement gaps and is often the only way for those students to attend and graduate from college,” said Michelle Stevens, director of the Center for Fairness, Justice and Equity in MTSU’s College of Education. “Removing those gaps promotes diversity in our educational systems and yields creativity, new insights, a multiplicity of perspectives, and innovative skills, which are beneficial for students and teachers of all backgrounds.” 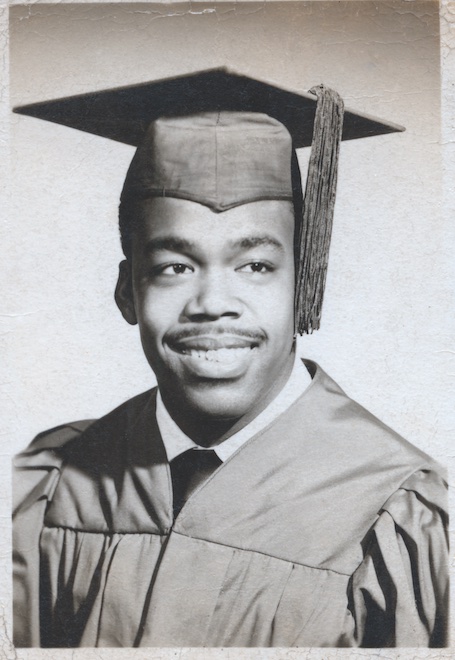 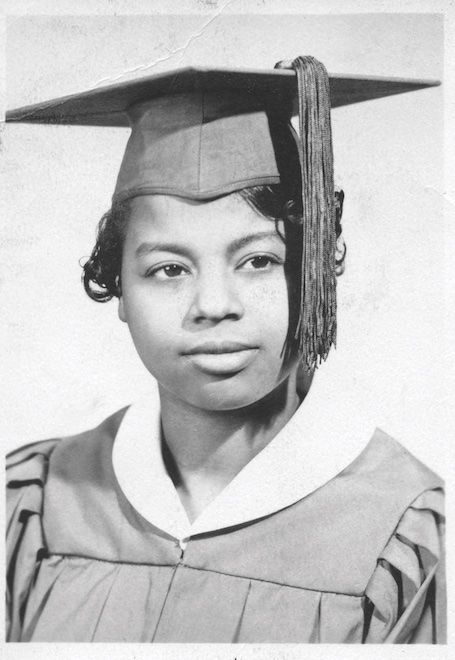 The importance of education was a tenet tightly woven through Smith’s psyche since childhood. As a little girl, perched upon the bathroom vanity, she would watch her father shave and be captivated by his stories. She remembers him carefully guiding the razor across his face, making smooth paths through the thick lather, cutting away the course stubble as he talked.

And, while his words were entertaining, they also were planting an important understanding that education, like his razor, was the tool she would need to cut through the roughness of life and provide a path to achievement.

Her father grew up one of 16 children, including three sets of twins, in a house on North Front Street near the public square. He was 7 when his father died. Hard work and determination were childhood companions and traits he passed on to his daughter.

“After my father returned from military service, he enrolled at [historically Black] Tennessee State University,” Smith said. “He hitchhiked from Murfreesboro to Nashville to attend class. There were not a lot of people driving to Nashville those days. When snow was on the ground, it was hard to get there. He had a family, so he eventually dropped out, but never lost his desire to learn.” 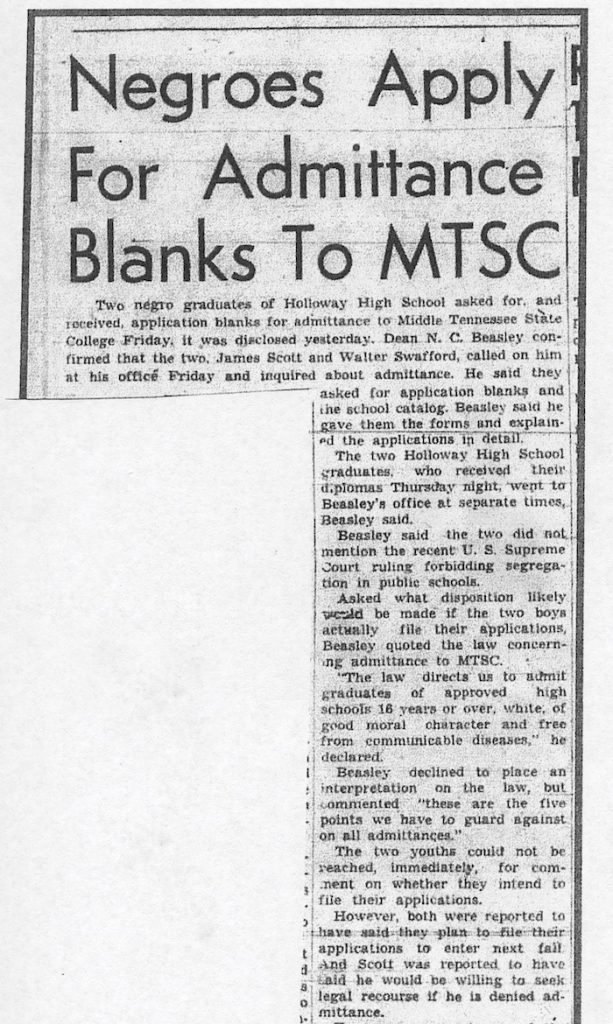 It was not until after his death that Smith’s mother revealed her father’s denied attempt to enroll at MTSU in 1954, the year the U.S. Supreme Court ruled that racial segregation in public schools was unconstitutional. A second male graduate from Holloway, Walter Swafford, also sought enrollment to then-named Middle Tennessee State College.

In a newspaper article with the headline “Negroes Apply For Admittance Blanks To MTSC,” Dean N.C. Beasley confirmed both men came to his office separately and were given the blanks (applications), a catalog, and a detailed explanation about the admission form.

When asked about the likelihood that Swafford and Scott would be allowed to attend, Beasley quoted the law and criteria concerning admittance to MTSC: graduate of approved high school, 16 or over, white, of good moral character, and free from communicable diseases. They met them all, but one— they were not white. Scott decided to join the military.

It was January 1965 before Wilbert Bond Sr. became the first Black master’s graduate of MTSU, and Olivia Woods was the first full-time Black undergraduate to graduate in May 1965. Herbert Smith had been the first Black graduate student allowed to enroll at MTSU, in 1962.

“It was a different time then, and I am glad MTSU is now a diverse campus,” Smith said. “I am proud my father  was courageous.

“He was a well-respected man in the community and had a successful career as a draftsman in the engineering field. His last job was with Teledyne in Oak Ridge.”

Smith graduated from Central High School in 1971 and enrolled that summer in MTSU’s Nursing program at age 17. She left after a year. 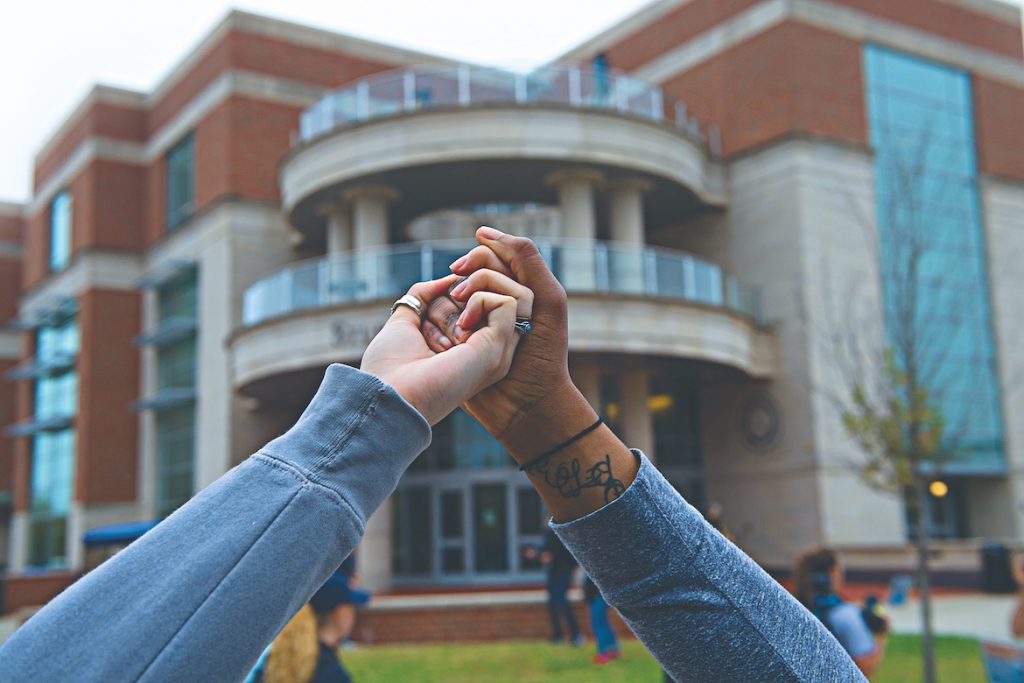 “I was too young and in way over my head. I was shy and afraid to talk to my professors. I needed a break, to grow up and find me,” Smith said.

She went to work for State Farm Insurance, transferred to the Washington, D.C., area, and then took a job with the Navy Federal Credit Union. When her parents became ill, a more mature woman returned home in 1978. Smith discovered her father had not lost sight of his desire to see his daughter go back to college. 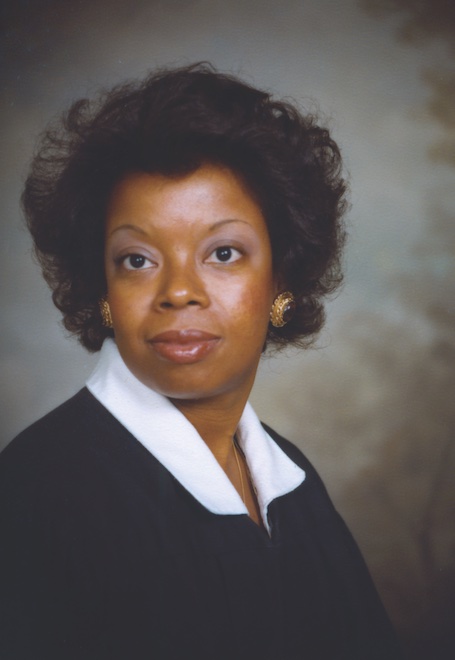 “He pushed me, but I was ready,” she said. “I was older,  24, and on a mission to get my degree. I worked and took my income tax refund money to pay tuition. On campus,  I was one of the first MTSU Student Ambassadors, and I loved the experience.”

After graduation, Smith taught in Rutherford County Schools, first in Smyrna and later at Lascassas.

“I was the only Black teacher in the school, but it didn’t matter. I was there to teach students, and we made it work,” she said.

Always up for a challenge, the hard-working educator was moonlighting as a grocery cashier when she met the principal of the new Cason Lane Academy. Smith soon joined Murfreesboro City Schools for 17 years. Not one to sit still, she still tutors part time with Sylvan Learning Center following retirement from a 30-year career. 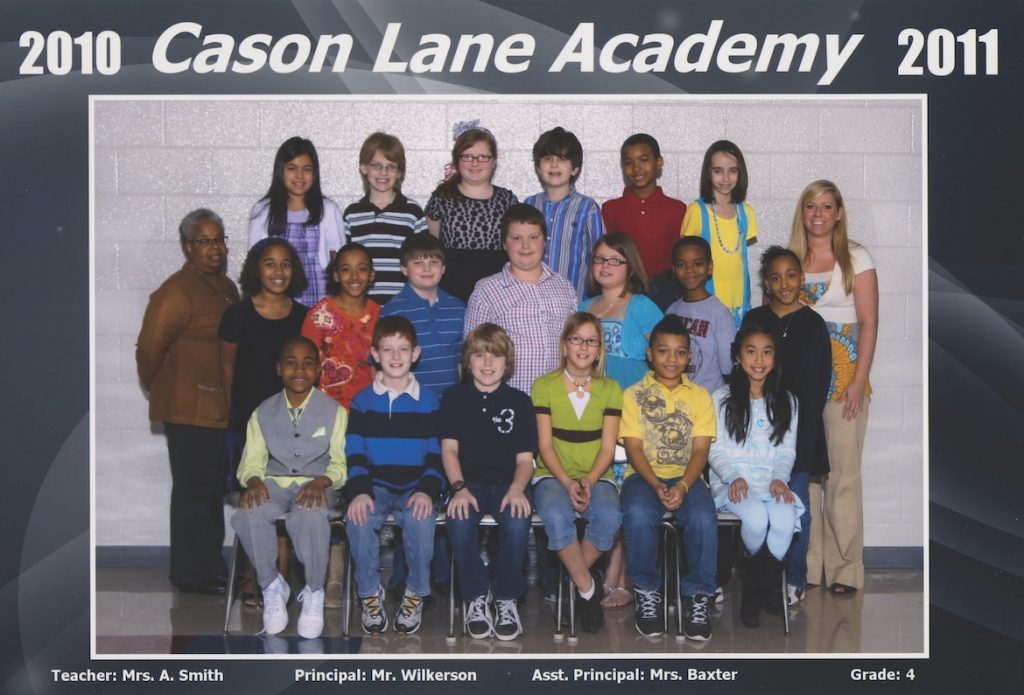 The $1,000 annual scholarship Smith created in honor of her parents will help Anna Dickey, a senior Education major.

“I have always liked kids, and it excites me to think I’m going to be teaching the next generation,” Dickey said. “Receiving the award will help me fund the classes necessary to complete my degree so I can teach, something I have always wanted to do.”

Now, when Smith’s thoughts turn to her parents, she can be proud of how the family’s educational legacy is being perpetuated.

Editor’s Note: This article first appeared in the Winter 2022 edition of MTSU magazine. Click here to view the digital flipbook of the issue.