MTSU will be closed July 4 for.. 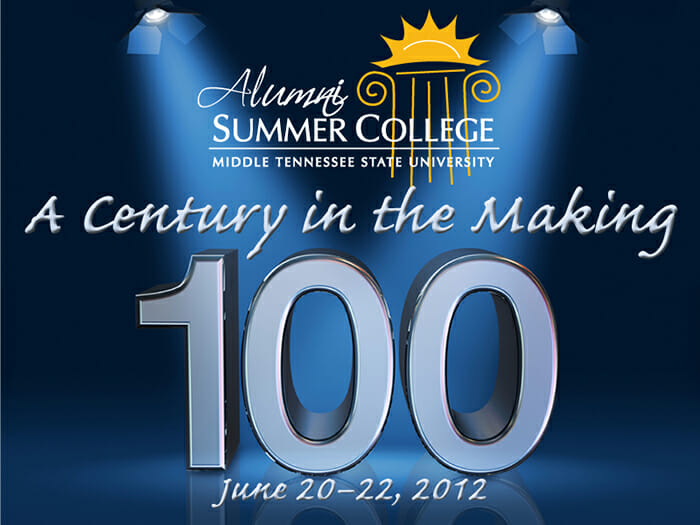 Knowing that the demand for computer-science personnel is great not only in Tennessee but also in the United States and worldwide, Dr. Chrisila Pettey wants MTSU to supply more talented graduates to the workforce.

“Even if it’s indirect, every company out there needs computer programmers,” said Pettey, an MTSU alumna recently appointed permanent chair of the Department of Computer Science after serving as interim chair for two years.

“Every business needs software, and programmers are the ones who create it. There are not enough programmers in the United States. It is a serious need.”

Pettey said a check of the Web reveals real-time data to support her plan. The Nashville Technology Council’s website showed 853 technology-related job openings in middle Tennessee in the first quarter of 2012.

The U.S. Bureau of Labor and Statistics’ Occupational Outlook Handbook also reports projected growth of 22 percent in computer and information systems jobs between now and 2020.

Pettey said this growth rate “is huge,” adding that “in middle Tennessee, the number of people who graduate with a computer-science degree is not enough to cover the need.”

Students will be beneficiaries of the growing need for computer-science graduates.

“It has an advantage that it’s a very diverse field,” Pettey said. “Our graduates can go in any direction that they’re interested in. We’ve had students go to work for Google, IBM, Sony Pictures Imageworks and many more companies. They can go to work anywhere. They do not have to work (only) in the health care field, even though that’s a huge industry now.”

Dr. Tom Cheatham, dean of the College of Basic and Applied Sciences, announced Pettey’s appointment June 20. The Tennessee Board of Regents approved his and the University’s recommendation after a national search.

“Chrisila knows the department very well and has a great passion for helping people,” Cheatham said. “She will make a great chair.”

Pettey has plenty of goals for the computer-44science department, which has 336 undergraduate majors, 28 graduate students, 11 full-time faculty and two staff members.

“My goal is to do my best to facilitate continually moving the department forward,” Pettey said. “Our discipline is a rapidly changing one, and the faculty has to work hard to stay current and keep the curriculum current as well as maintain our accreditation.”

While a current priority is an upcoming accreditation visit in October, Pettey said she also would like to raise the bar in terms of research and working hand-in-hand with other departments.

“I would like to see more research and/or teaching collaboration between our department and other departments on campus and more students involved in internships and research,” she said.

This spring, Pettey led departmental efforts for a 25th-anniversary celebration. Program alumni returned from across the country for the event.

Pettey joined the computer-science department in 1992 as an assistant professor after she completed her doctorate in computer science at Vanderbilt University. She earned her bachelor’s degree from Lipscomb University in 1978 and a master’s in 1981 from MTSU.