In the News: MTSU faculty voic.. 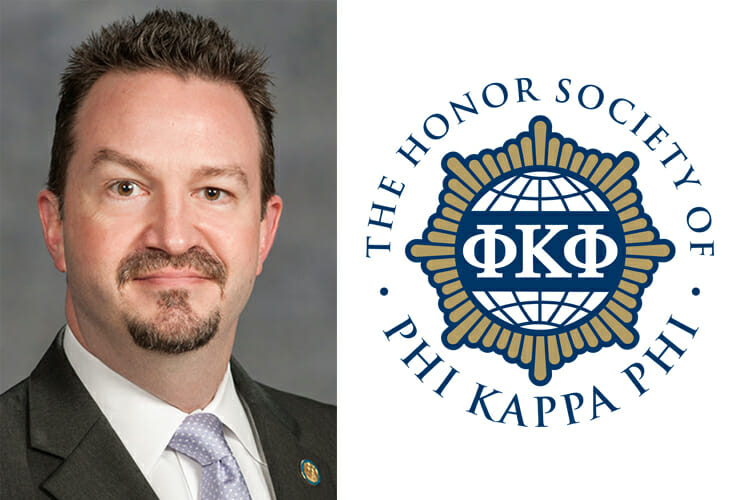 MTSU University Honors College Associate Dean Philip Phillips has been named to the board of one of the country’s most prestigious honor societies.

Philips, past president of MTSU’s chapter of The Honor Society of Phi Kappa Phi, will serve a two-year term on the national board during the 2018-20 biennium. He was elected to the position Aug. 4 during the organization’s biennial convention in Minneapolis, Minnesota.

In addition to his service as secretary and later president of the campus chapter, Phillips served on the credentials committee for the 2016 National Biennial Convention and on the national Phi Kappa Phi Fellowship Committee for 2016-18.

A member of the MTSU faculty since 1999, Phillips received MTSU Foundation Distinguished Research Awards for the 2007-08 and 2014-15 academic years. He also is the founder and former director of the Great Books in Middle Tennessee Prisons Program.

Membership is by invitation only to the top 10 percent of seniors and graduate students and the top 7.5 percent of juniors, as well as faculty, professional staff and alumni who have achieved scholarly distinction.

For more information, go to www.phikappaphi.org or the MTSU chapter’s Facebook page at www.facebook.com/pkpmtsu.