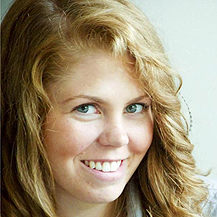 One of the nation’s top young women in science, who also is an advocate for women in the STEM fields, will be making a public speaking appearance at MTSU on Wednesday, Feb. 29.

Alice B. Popejoy, a Public Policy Fellow at the Association for Women in Science in Alexandria, Va., will present the 2012 MTSU National Women’s History Month Women in Science Invited Lecture at 7 p.m. in Room N116 of the Cason-Kennedy Nursing Building.

The event is free and open to the public. Off-campus visitors should note that nearby construction may limit parking opportunities for the lecture.

Popejoy is a California native who graduated with honors in May 2009 from Hamilton College in Clinton, N.Y., with bachelor’s degrees in biology and French. She will discuss her experiences as a young woman in science and as an advocate for women in the science-policy community in Washington, D.C.

“Although they are still in the minority, more and more women are entering STEM (science, technology, engineering and mathematics) fields in the United States, but many institutions and research settings still cater to the white male majority,” Popejoy writes in her abstract for her talk.

“AWIS champions efforts to broaden participation of women and underrepresented groups in STEM and promotes institutional transformations to support a more diverse and flexible scientific workplace.”

Sponsors of Popejoy’s visit include the National Women’s History Month Committee, Women’s and Gender Studies 4205, MTSU Women in Science and Engineering, the Nashville Section of the American Chemical Society, Housing and Residential Life and the MTSU Women in STEM Center.