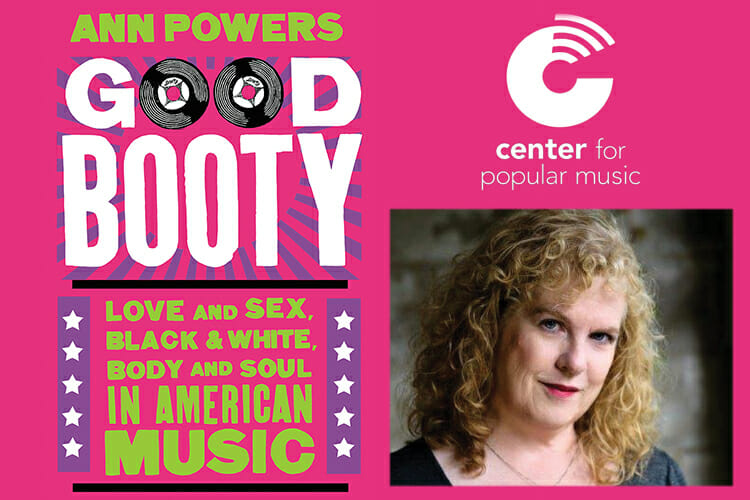 “Good Booty: Love and Sex, Black and White, Body and Soul in American Music,” a free public event that also is the title of Powers’ newest book, is set for 2:30 p.m. Jan. 29 inside the center in Room 140 of the Bragg Media and Entertainment Building at MTSU.

Powers began working on “Good Booty” more than a decade ago, and her research took her into New Orleans, New York, Cleveland’s Rock and Roll Hall of Fame and Nashville’s Fisk University, among other places. She’d originally planned for her book to begin with the 20th century, but she quickly discovered that the ballroom dances and Creole song exchanges of antebellum New Orleans provided the true origins of American popular music, ultimately allowing U.S. culture to communicate about our most fraught social issues, most notably sex and race.

Nashville resident Powers, who’s written for the New York Times, Los Angeles Times, Village Voice and other publications, also is the author of “Weird Like Us: My Bohemian America,” “Tori Amos: Piece by Piece” and “Rock She Wrote: Women Write About Rock, Rap, and Pop.” She also served as editor of “Best Music Writing 2010.”

For more information on MTSU’s Center for Popular Music and its projects and special events, visit http://www.mtsu.edu/popmusic.