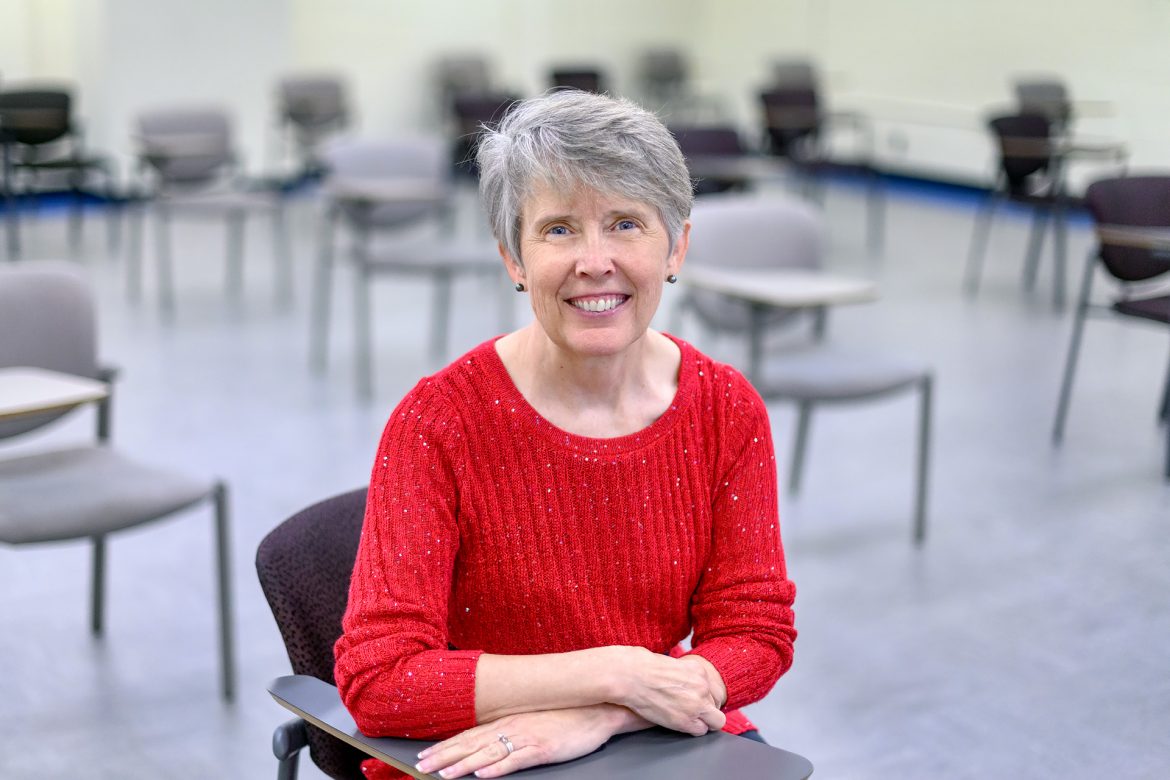 Chrisila Pettey, professor of computer science and former chair of the Computer Science Department, produced new materials and gave students options for class attendance to ensure they succeeded in the wake of the pandemic.

“I have a lot of students who were worried about coming in,” Pettey explained. “I gave them the (alternate) option of coming in online, so I have people on-ground and online at the same time.”

Pettey organized an on-ground space in the Kirksey Old Main building that adhered to safety guidelines.

“I have a seating chart where there is appropriate social distancing, and every student has a place in the classroom should they choose to come,” she said.

Since she was unable to see all her students on Zoom while simultaneously broadcasting her computer screen, students joining online had to get used to speaking up.

“We just laid ground rules,” Pettey said. “They just interrupt if they have a question, and the class can hear them because it’s coming across the speakers, and that’s what we do.” 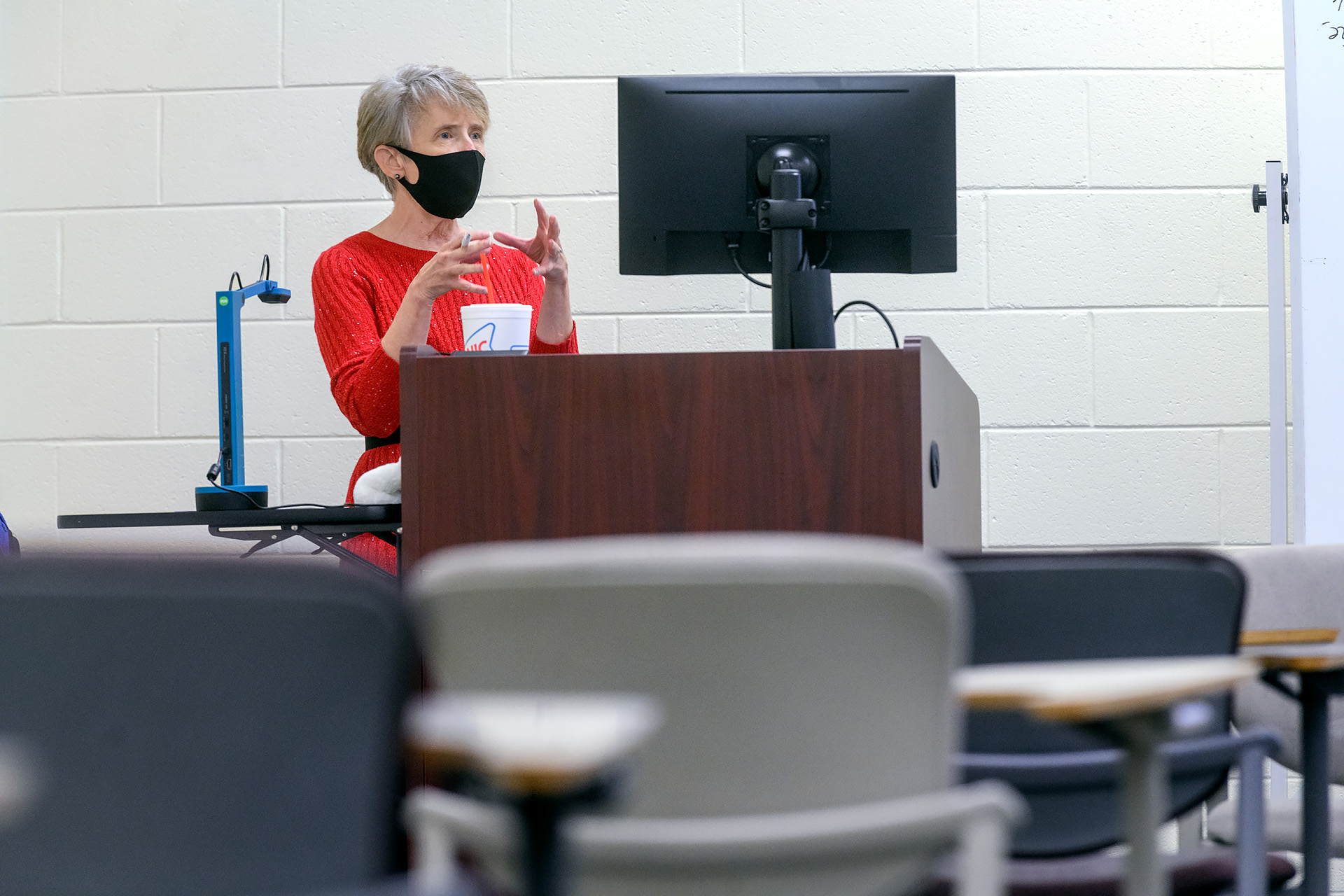 Concerned about the students consuming Zoom lessons while in distraction-laden home environments, Pettey created extra materials to support their learning.

“I felt like they needed to be able to have detailed lecture notes,” she said. “When somebody is at home and the internet suddenly goes out or the dogs start barking…. Things happen at home that they don’t necessarily have any control over. I want them to watch the video that I’m going to do, but I also wanted extra.”

In addition, she overcame the challenge of producing complicated quizzes and tests and uploading them to the university’s online learning platform D2L.

“I have to do all of the tests by hand,” Pettey explained. “I create these questions with their answers by hand and then screenshot them…. The last test took me 10 hours to create. That has never been the case in an on-ground (class), not even when I was brand new (as a professor) with a brand new prep.” 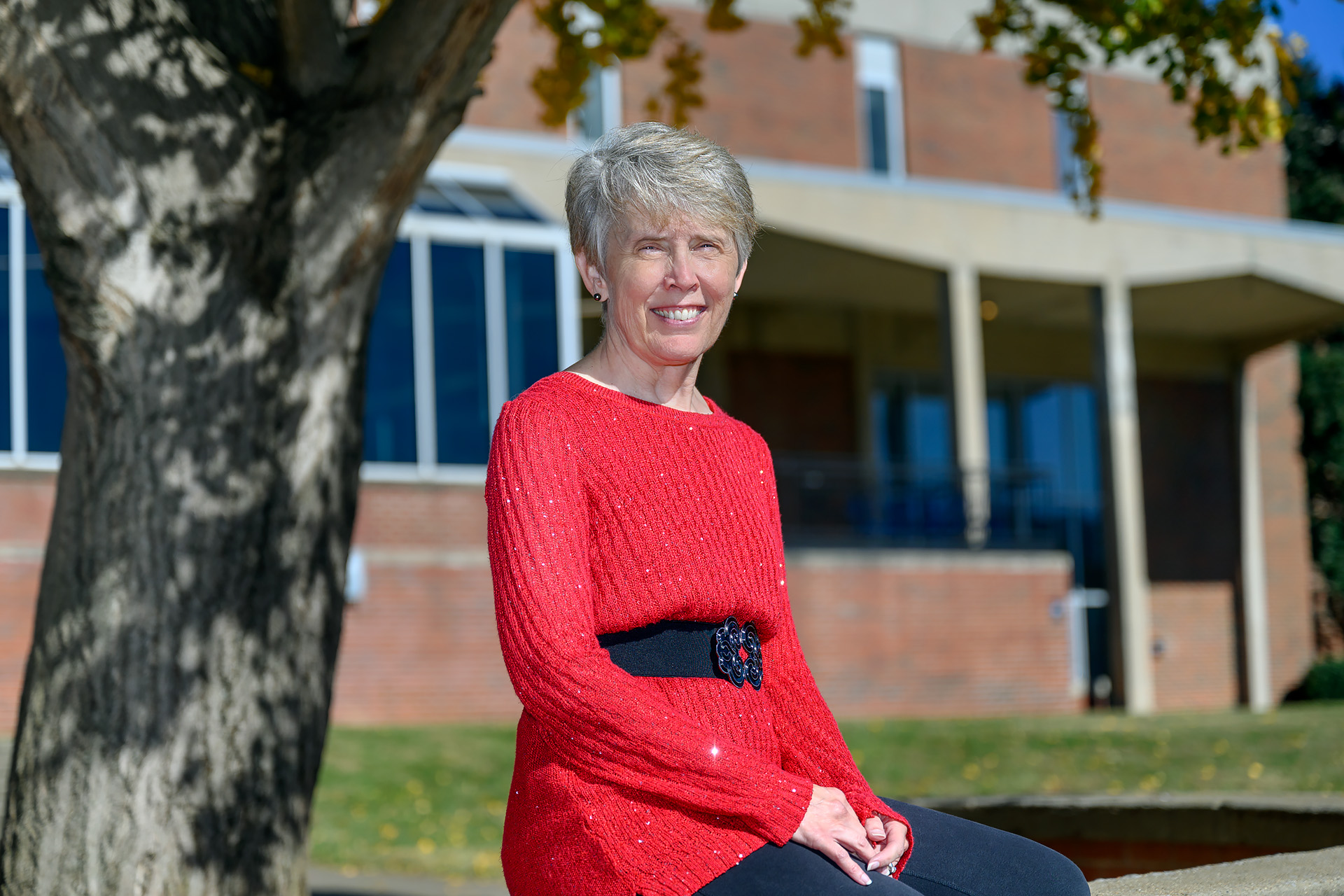 Pettey earned her undergraduate degree in math education from Lipscomb in 1978 and worked as a high school math teacher after graduation.

“I was born in Florida, raised in Colorado, but I’ve lived in Tennessee most of my life,” Pettey said.

She later left education in the midst of pursuing her master’s degree in math at MTSU. It was during this time that she first became interested in computer science.

After graduating from MTSU, she took a job teaching math at her alma mater and sat in on computer science classes on the side. It solidified her interest in the subject.

“I realized, ‘You know what? This is going to take off,’” she said. “‘There’s going to be a computer science department (at MTSU), and they’re going to need faculty members, and I don’t have enough background, so I need to go back to school.’”

Pettey closes out her career as a full professor with eight years spent as the department chair. She also spearheaded the department’s “hackathon” titled HackMT that began in January 2016 and attracts tech-savvy students from MTSU and institutions throughout the region.