FREEPORT, Bahamas — Raider Relief, a humanitarian drive revived by MTSU President Sidney A. McPhee when Hurricane Dorian devastated the Bahamas, has flown in more than 6,000 pounds of emergency supplies, medicines and necessities to help families of seven students enduring the aftermath of the storm.

McPhee, along with Darrell Freeman, vice chairman of MTSU’s Board of Trustees, and Terry Dorris, an associate professor and pilot in the Department of Aerospace, flew two aircraft to the Bahamas on two separate days, Sunday, Sept. 8, and Wednesday, Sept. 11.

Freeman donated his personal aircraft and fuel for the trips, while Dorris’ flight expenses aboard MTSU’s aircraft came from the roughly $60,000 in donations from community members, which also covered the costs of the goods for the families and some of which is being distributed to affected Bahamian students on campus to assist them as their families try to recover.

The university has 51 students enrolled from the Bahamas, seven of which have families in the most affected areas of Grand Bahama and Abaco islands.

Officials put the death toll thus far at 50 from the Category 5 hurricane, which hit and lingered over the island commonwealth on Sept. 1. About 2,500 people are listed as missing. Some 70,000 people were left homeless from the storm. 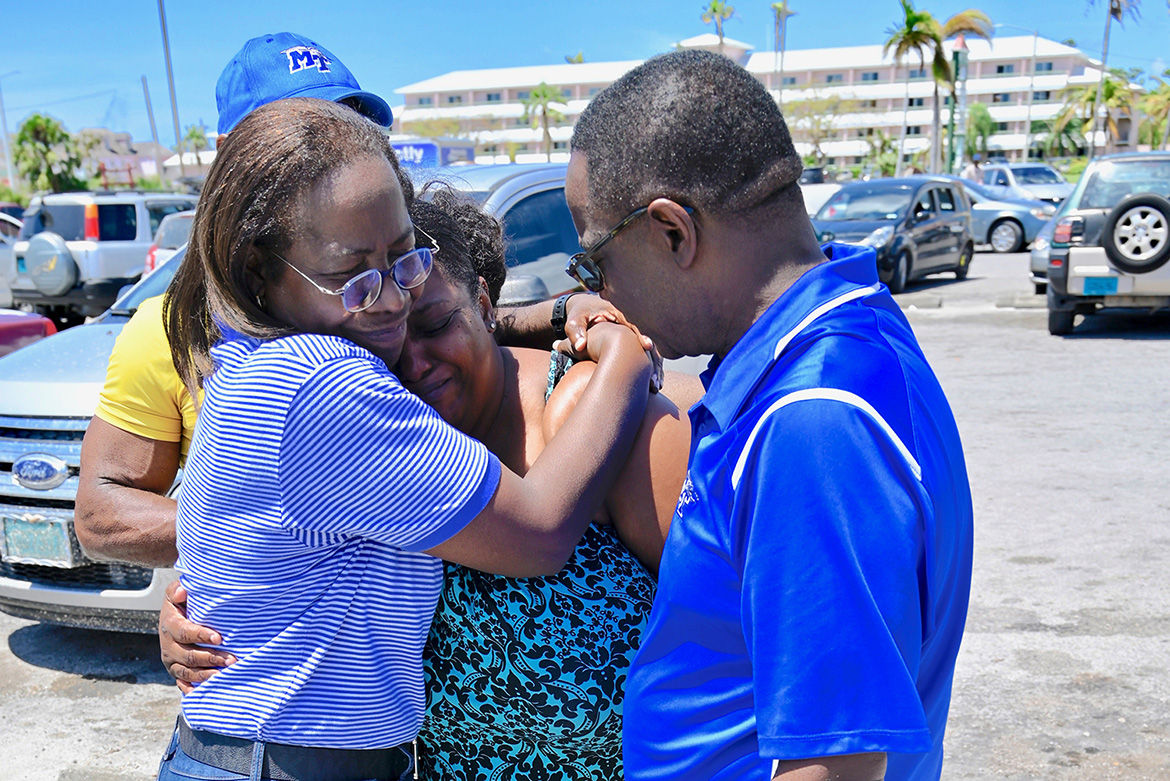 MTSU President Sidney A. McPhee, far right, consoles a Bahamian resident who was describing the loss of a family member when Hurricane Dorian made landfall. (MTSU Photo by Andrew Oppmann) 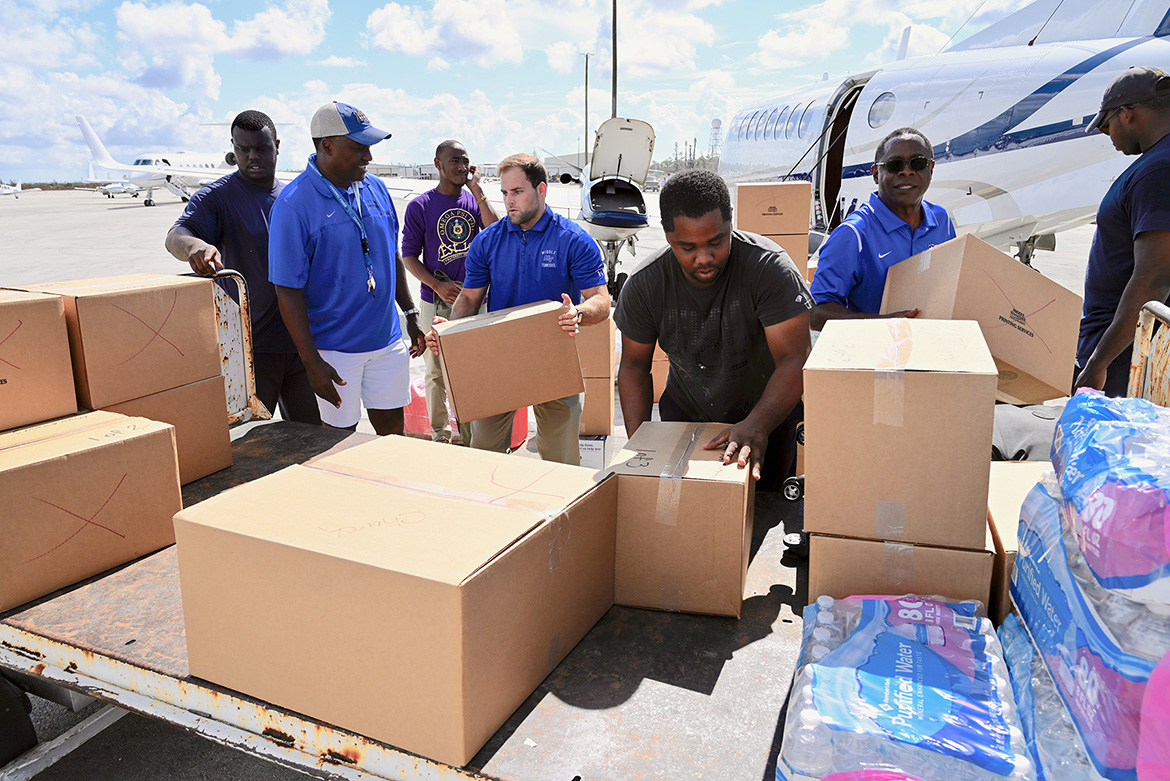 McPhee, a native of the Bahamas, reached out to all seven families in the impact zone to determine their needs. The president also found a church in Freeport willing to serve as a distribution hub to help deliver and dispense the supplies to the families.

“I walked into some of the homes and just saw total destruction… and I was able to look those family members in the eyes and tell them that the people in Tennessee, the people at MTSU, care for them,” said McPhee, who lost a grand-niece after the hurricane made landfall on Grand Bahama Island. “They are very grateful. I’m getting emails from families in Freeport just thanking this community for this support.”

Freeman said he was honored and humbled by the opportunity to donate his services as a pilot — and his aircraft — to the relief missions.

Freeman piloted his plane for the first Raider Relief mission to Puerto Rico in 2017, which came to the aid of the family of former MTSU basketball player Raymond Cintron after landfall there by Category 4 Hurricane Maria.

Community members can still give to the effort by texting RAIDERRELIEF — all one word — to 41444 from your mobile device. You can also go to the university’s main website, mtsu.edu/supportraiderrelief, for information on how to give.

“The need is so great,” said McPhee, who added that the university will continue to communicate with affected families in the coming weeks and assess their longer term needs and the status of the relief fund. 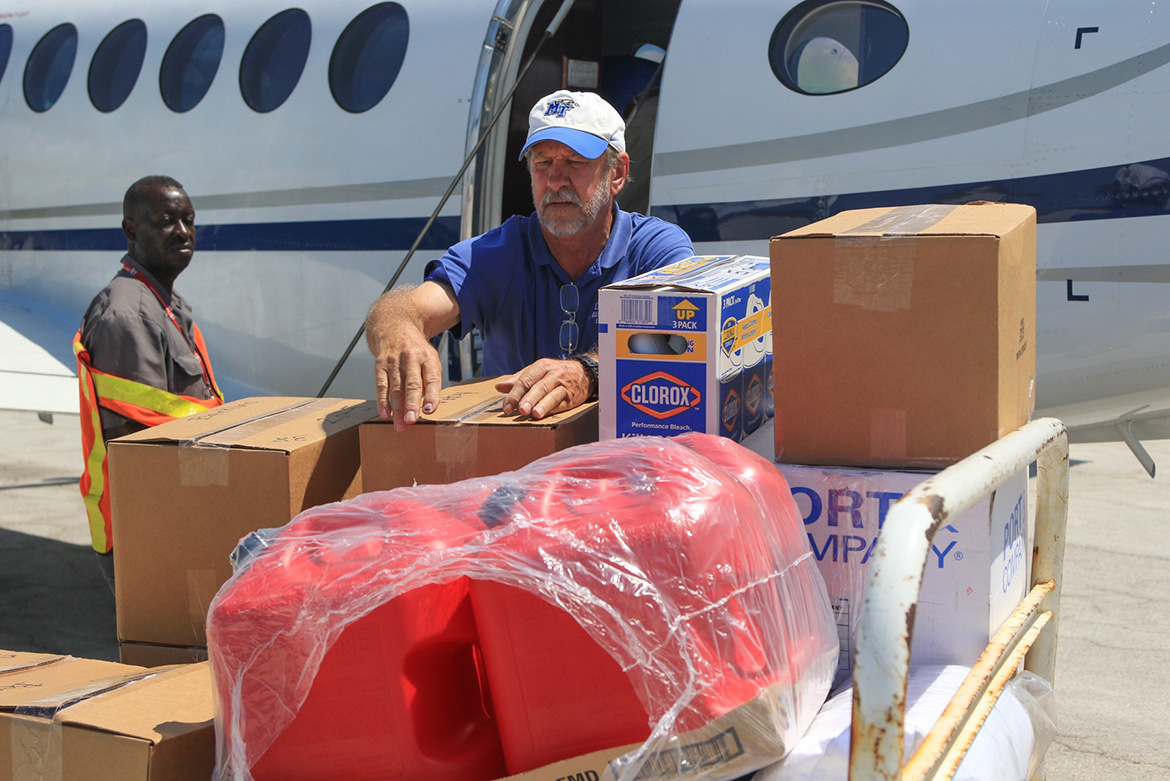 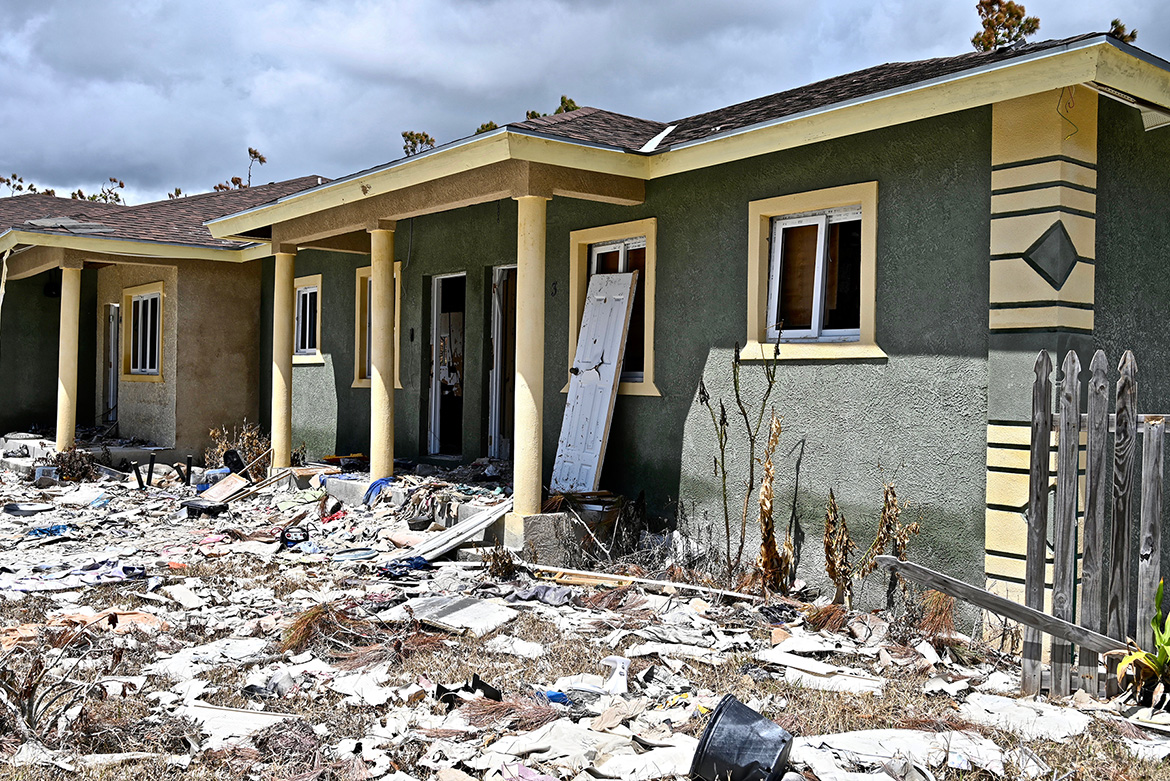 An example of the devastation left on Grand Bahama Island after Category 5 Hurricane Dorian made landfall on Sept. 1. (MTSU Photo by Andrew Oppmann) 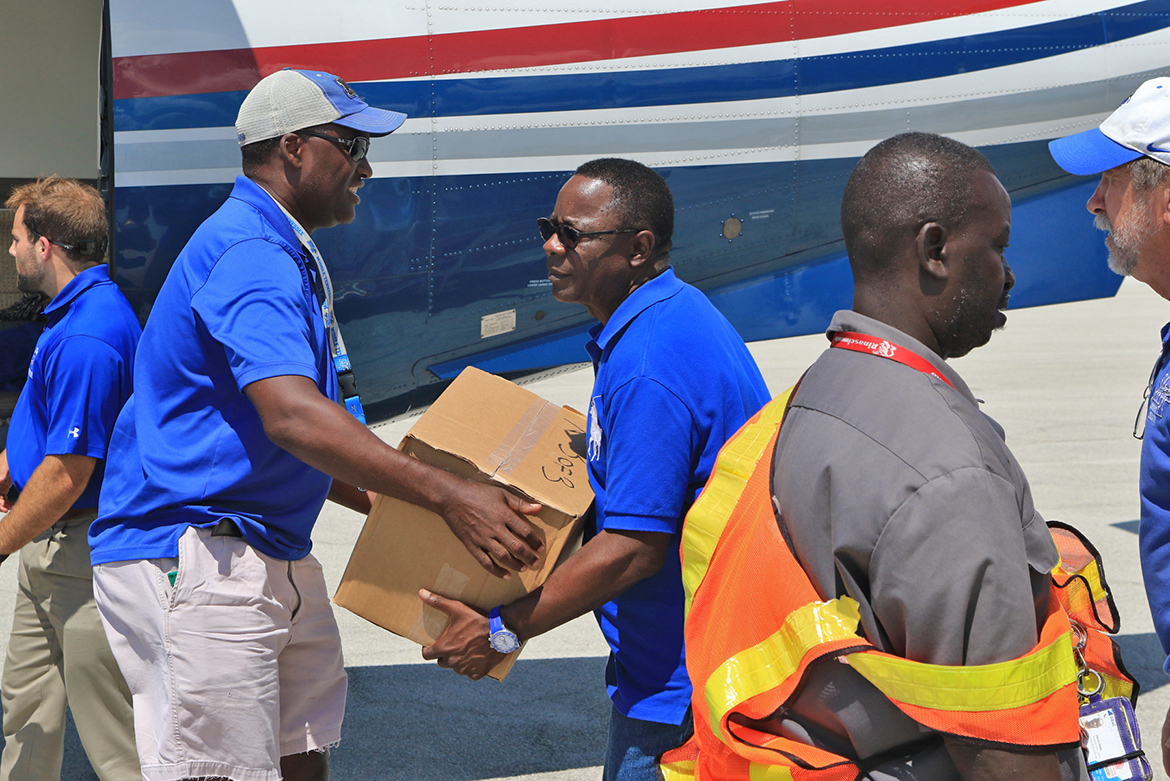 MTSU Trustees Vice Chair Darrell Freeman, left, and President Sidney A. McPhee unload supplies from aircraft that flew to the Bahamas as part of the second wave of Raider Relief on Sept. 11. (MTSU Photo by John Goodwin)