Time’s the theme of Smith’s Ma.. 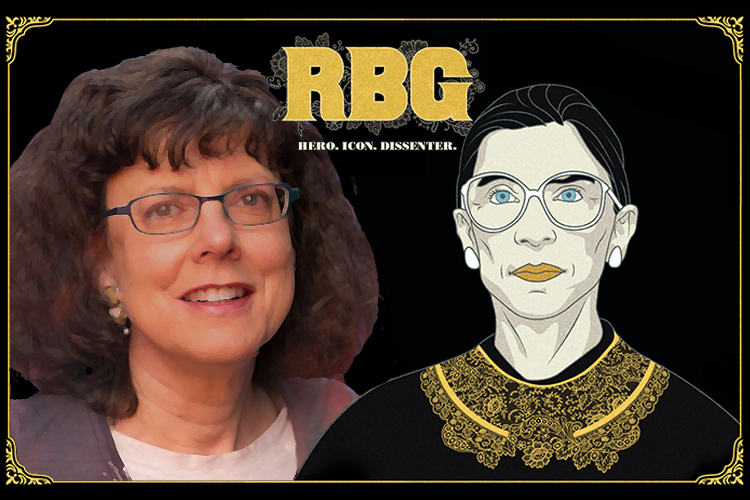 As part of its observance of National Women’s History Month, MTSU is presenting the popular documentary about one of the U.S. Supreme Court‘s most provocative jurists.

“RBG” will be shown Monday, March 18, in two screenings: at 2 p.m. in the Keathley University Center and at 6 p.m. in the Student Union Ballroom.

The university originally planned to screen the film last fall, but Hurricane Florence forced a postponement.

“RBG” examines the life of Associate Justice Ruth Bader Ginsburg, who was appointed by President Bill Clinton and sworn in on Aug. 10, 1993.

A discussion with the film’s co-director, Julie Cohen, and Department of Recording Industry chair Beverly Keel will follow the 6 p.m. showing.

Both screenings are free and open to the public.

Off-campus visitors attending the events should obtain a special one-day permit from MTSU’s Office of Parking and Transportation at 1403 E. Main St. or online at www.mtsu.edu/parking/visit.php. A campus parking map is available at http://tinyurl.com/MTSUParkingMap.

“Ruth Bader Ginsburg strikes a special chord with college students,” Cohen said. “I’ll be sharing some behind-the-camera stories about making the documentary, and I’m looking forward to having a broader conversation about women in the film industry, the growing popularity of nonfiction movies and whatever else the students want to talk about.”

Before starting her own production company, Better Than Fiction, Cohen was a staff producer for nine years. In the 1990s, she created and produced “Supreme Court Watch” for Court TV.

“I’m thrilled that Julie Cohen found time to join us to discuss ‘RBG,’” Keel said. “Julie is eager to share her experiences with our students, for which I am very grateful.”

The documentary was an official selection at the 2018 Sundance Film Festival.

The film reviews Ginsburg’s career as a law clerk, researcher, professor, general counsel and board member for the American Civil Liberties Union and judge, as well as her 64-year marriage to taxation law expert Martin Ginsburg, who died in 2010.

As an attorney, Ginsburg argued cases before the Supreme Court challenging laws that permitted discrimination on the basis of sex. In her 38-year career on the bench, Ginsburg has written opinions in cases that are seen as victories for gender equality.

A cult of personality also has sprung up around Ginsburg, inspiring T-shirts, tote bags, coffee mugs and other items referring to her as the “Notorious RBG,” a takeoff on the late rap star The Notorious B.I.G.

MTSU’s College of Media and Entertainment and the recording industry department are sponsoring the screenings with the June Anderson Center for Women and Nontraditional Students.